UFC 276 in Las Vegas will feature a bantamweight bout between Pedro Munhoz and Suga Sean O'Malley, with the latter a heavy UFC betting favorite. Munhoz's chin is still made of iron but it won't help him salvage a fading career — our UFC picks explain.

Pedro Munhoz vs. Sean O’Malley is scheduled for three rounds in the bantamweight division as a featured attraction on the UFC 276 undercard this weekend in Las Vegas.

Suga Sean faces his most accomplished opponent to date in the battle-tested Munhoz, as he continues his measured climb up the bantamweight ladder.

Winner of his last three fights, O’Malley is known to bring the hype and a high moneyline, and he doesn’t disappoint as a -295 UFC odds favorite. Munhoz hopes to turn his fortunes around but is a decent price at +245 for a fighter who has only won once in his last five fights.

Here are our UFC 276 picks and predictions for Munhoz vs. O’Malley on Saturday, July 2.

Munhoz is up against it vs. O’Malley when just three years ago he was inching towards a title shot. Losses to the likes of Aljamain Sterling, Frankie Edgar, Jose Aldo, and Dominick Cruz have been decisive in nature, being outclassed by fighters at various stages of their careers.

While he may not be at his best, Munhoz has an impenetrable chin and has never been stopped.

A capable striker who is prone to getting into brawls, Munhoz drowns his opponents with his activity and has to hope his offense doubles as his defense at times. He lands a commendable 5.5 strikes per minute but absorbs an abysmal amount of punishment at 6.09 strikes per minute.

Though he fires often, he’s been out-landed 591-514 over the course of his last five fights during his career-threatening 1-4 skid.

O’Malley has won three in a row since a freak injury marred his perfect record at the hands of Marlon Vera in 2020 and has moved on from that loss as he inches closer to a marquee fight.

Since the Vera setback, O’Malley’s last three fights have been KOs and qualified for post-fight bonuses due to his flash and dominance. Munhoz has fallen on hard times, but he represents the most accomplished opponent O’Malley has faced yet.

Suga operates with a high-octane offense that sees him land 8.26 strikes per minute with 62% accuracy, only absorbing 3.52 shots in return with his average fight time lasting two-and-a-half rounds. He’ll have a five-inch advantage in height and a seven-inch advantage in reach, as well as momentum on his side against Munhoz.

If O’Malley can utilize his height, reach, and youth to force Munhoz into trouble, he’ll find plenty of chances to fire off flurries and bully him around the octagon. Munhoz has to rely on his yet-to-be cracked chin to carry him through some rough waters, hoping to outlast his younger foe and drown him late in the fight.

Munhoz vs O'Malley tale of the tape

It’s debatable how much of a step up a fading Munhoz is to O’Malley, but he can still be a standout win for O’Malley if he manages to stop Munhoz for the first time in a career that spans 27 fights.

O’Malley hasn’t had a fight end in anything other than a stoppage in four years, which is roughly when Munhoz was last seen as serviceable.

There’s too much wear and tear on Munhoz’s tires to take a stab at him. Not to mention that O’Malley’s awkward style alone would be a big ask for Munhoz before factoring in the physical advantages he’ll have on fight night.

O’Malley is a lock for a win here.

With O’Malley coming in a near 3/1 favorite against an aged opponent, a stoppage might seem tempting, but Munhoz’s chin along with spurts of activity might save him. Munhoz has taken a lot of punishment over the last few years, but he manages to make it across the finishing line just fine.

We feel that Munhoz takes O’Malley the distance, but won’t come anywhere near ending his skid.

Try as he might, Suga Sean will see his KO streak snapped as he’ll have to settle for a decision win.

We’re liking the chances of that minor setback, and at +165 for a decision compared to +150 for a stoppage, we’re going with O’Malley on the scorecards. 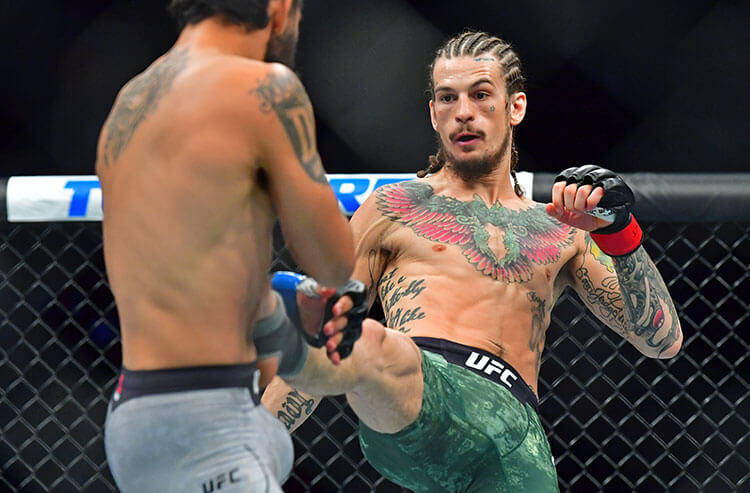 UFC 278 Costa vs Rockhold Picks and Predictions: Borrachinha Gets Back in the Win Column
Rohit Ponnaiya | Aug 18, 2022