Zuerlein kicks Rams past Saints in OT, into SB LIII


After forcing overtime with a 48-yard field goal with 15 seconds left in regulation, Greg Zuerlein nailed a 57-yard field goal 3:17 into overtime to lift the visiting Los Angeles Rams to a controversial 26-23 victory over the New Orleans Saints in the NFC Championship Game on Sunday.

The win clinched a berth in Super Bowl LIII against the New England Patriots, who beat the Kansas City Chiefs in overtime later Sunday.

Zuerlein's game-winning field goal came after the Rams intercepted a Drew Brees pass on the fourth snap of overtime. Brees' right arm was hit by linebacker Dante Fowler Jr., and his fluttering pass was picked off by safety John Johnson at the Los Angeles 46-yard line.

Jared Goff found tight end Tyler Higbee for a 12-yard gain on first down to the New Orleans 42, and the Rams got 3 more yards in three plays before Zuerlein, who has career field goals of 60 and 61 yards, came in to connect on the game winner.

Overtime came after a wild final two minutes in regulation.

With the game tied at 20 with 4:57 left, the Saints drove inside the Rams' 15 -- with Ted Ginn Jr. outleaping safety Lamarcus Joyner for a 43-yard catch.

Three plays later, New Orleans appeared to be the victim of a blown pass-interference call that would have allowed them to run the clock down and kick a game-winning, chip-shot field goal. On third-and-10 from the Los Angeles 13, Brees threw for Tommylee Lewis on the right side, who was clobbered by safety Nickell Robey-Coleman just before the ball arrived. The ball fell incomplete, and no penalty was called.

"I don't know if there was ever a more obvious pass interference call. That's a tough one to swallow," Saints coach Sean Payton said in his postgame press conference. "Our team played well. We played well enough to win the game. We should have won the game."

Payton also said he spoke by phone with NFL head of officials Alberto Riveron, who confirmed the blown call.

Said Robey-Coleman: "Yes, I got there too early. I was beat, and I was trying to save the touchdown."

Referee Bill Vinovich briefly addressed the play during a postgame interview with a pool reporter.

"It was a judgment call by the covering official," Vinovich said. "I personally have not seen the play. ...It is not a reviewable play."

The Rams then drove 45 yards to the New Orleans 30, where Zuerlein tied it with 15 seconds left with the 48-yard field goal, sending the game to overtime.

That set the one for the decisive kick in the extra session, which marked the Rams' lone lead of the contest.

"Unbelievable, man, can't put into words, the fight we have, being down early, to come back, have our defense to play the way they did, to force it into overtime," Goff, who passed for 297 yards, said in a postgame interview with FOX. "... Greg makes a 57-yarder to win that was good from about 70 ...unbelievable."

Brees put the Saints up 20-10 midway through the third quarter with a 2-yard screen pass to Taysom Hill, Hill's first career TD reception. But the Rams came right back to make it 20-17 on Goff's 1-yard toss to a wide-open tight end, Tyler Higbee, on third down.

The Saints wasted a great scoring opportunity after taking over at the Rams' 46 with 12:22 left, but they could not overcome a first-down holding penalty on left tackle Terron Armstead.

Goff then drove the Rams 90 yards to the Saints' 1. Instead of gambling for the touchdown on fourth-and-goal from the 1, Rams coach Sean McVay sent in Zuerlein for the tying 24-yard field goal at 24 with 5:03 left.

Brees passed for 249 yards, two touchdowns and one interceptions for New Orleans. He felt his club missed some scoring chances.

Rams coach Sean McVay had no qualms over what transpired on the pivotal play.

"I thought it was a bang-bang type play," McVay said. "One of the things I respected about the refs is that they let the guys play. I thought it was a competitive-type play. I'm certainly not going to complain about the way the play was officiated."

The Saints jumped out to a 13-0 lead with field goals of 37 and 29 yards by Lutz and a 5-yard touchdown pass from Brees to tight end Garrett Griffin, but the Rams settled in and scored 10 straight points to make it 13-10 at halftime.

Goff seemed rattled by the crowd noise in the first quarter, but he led the Rams 81 yards in seven plays just before halftime to set up Todd Gurley's 6-yard touchdown run 23 seconds before intermission.

Goff set up the touchdown with two tough throws to former Saints wide receiver Brandin Cooks -- a 17-yard completion on third-and-10 and a 36-yarder down the left sideline to the New Orleans 6, where Gurley scored on the next play.

Gurley's jitters had a lot to do with the Rams' 13-0 hole. Trailing 3-0, Gurley dropped a pass from Goff that fell into the arms of Saints linebacker Demario Davis at the Los Angeles 16. But the Rams' defense held the Saints to a field goal, and a 6-0 lead.

Brees made it 13-0, driving the Saints 68 yards in eight plays, and finding the little used Griffin for the score. It was Griffin's second career reception and first TD catch.

Trailing 13-0 and faced with a fourth-and-5 from their own 30, the Rams had punter Johnny Hekker throw a sideline pass to cornerback Sam Shields for 12 yards and a first down.

The fake punt extended the drive and led to Zuerlein's 36-yard field goal, cutting the deficit to 13-3 and giving the Rams some momentum. 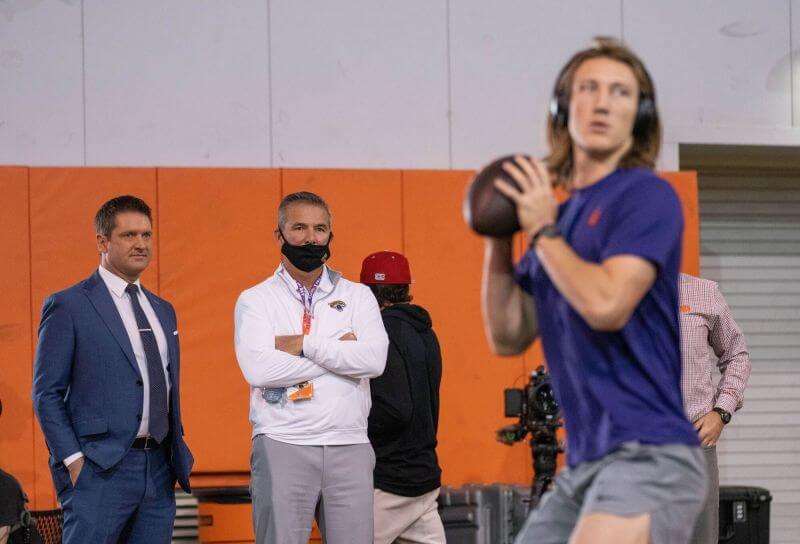 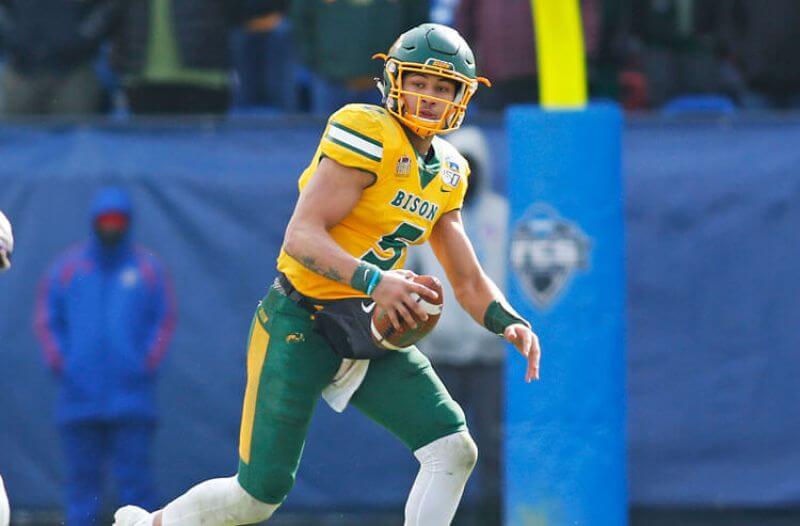 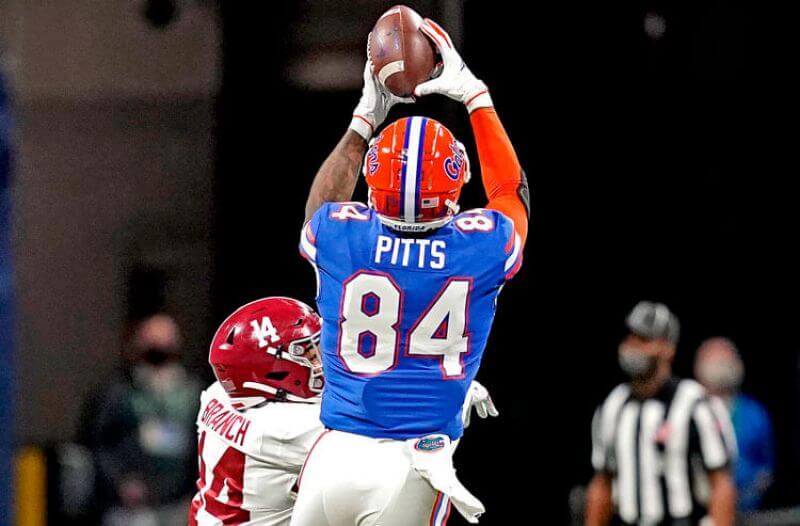 NFL Draft odds 2021: Pitts the First Non-QB Off the Board?
About Us
Contact Us
Careers
Our Team
Our Community