FOXBOROUGH, Mass. -- Dion Lewis scored touchdowns three ways, and the New England Patriots advanced to the AFC title game for a record sixth straight season with a 34-16 victory over the Houston Texans on Saturday night.

The Patriots, looking for their fifth Super Bowl title, will make their 13th appearance in the conference title game at home against either the Kansas City Chiefs or Pittsburgh Steelers on Jan. 22.

Lewis became the first player in NFL history to score on a run, a pass and a kickoff return in a postseason game. He also joined Kansas City's Tyreek Hill, who did it earlier this season, as the only players since Gale Sayers in 1965 to pull off the feat.

No other player ever had two offensive touchdowns and a return touchdown in a postseason game, according to STATS, LLC.

Brady, who also threw a touchdown pass to James White, finished 18 of 38 for 287 yards with two interceptions.

Devin McCourty, Logan Ryan and Duron Harmon all had interceptions of Texans quarterback Brock Osweiler, who finished 23 of 40 for 198 yards and a touchdown pass to C.J. Fiedorowicz.

Nick Novak kicked three field goals for Houston, while Stephen Gostkowski had two for New England. Gostkowski converted his 16th and 17th consecutive postseason field-goal attempts since his only second miss, in 2009.

The Patriots are 15-0 with Lewis on the field. He missed half of two seasons with a knee injury.

The win increased New England's record when leading at halftime at home since 2001 to an amazing 100-1.

The Texans, 1-8 against the Patriots, 0-5 at Gillette Stadium, are one of two teams that have never reached the AFC conference title game. (The Tampa Bay Buccaneers played their first year, 1976, in the AFC).

Houston's loss also extends the streak that the host team has never hosted a Super Bowl. The defeat also marked the end of the career of nose tackle Vince Wilfork, the former Patriot, who previously announced his retirement at the season's end.

Lewis began his interesting night by catching a short pass from Brady and dancing down the left side for a 13-yard touchdown. Then, after the first of two Novak field goals in the half, Lewis broke the New England's first kick return for a TD since 2012.

The Texans refused to go away despite falling behind 14-3. They were in business when Brady's wide throw went off the hand of Michael Floyd right to A.J. Bouye at the New England 27. That led to Novak's second field goal.

After Lewis fumbled the ensuing kickoff and Houston recovered, Osweiler was hit Fiedorowicz with a 10-yard touchdown pass that made it 14-13.

The record-setting long pass to Edelman helped the Patriots get down to the Houston 1. However, Houston held on two plays, and the home team settled for three with eight seconds left in the half.

NOTES: Patriots rookie WR Malcolm Mitchell missed his second straight game with a knee injury, but New England got WR Danny Amendola back after a four-game absence caused by a sprained ankle. The Patriots hope Mitchell will be able to return for the AFC title game. ... The Houston inactives included S Quintin Demps, the club leader with six interceptions, out with a hamstring injury, and LB John Simon (chest). ... Former Patriots NT Vince Wilfork received an ovation when shown on the big screen with his Texans coming out onto the field pregame. ... MGM had the point spread on the game up to 17 points, which made it the third-biggest spread in postseason history, since the start of Super Bowls. The San Francisco 49ers were favored by 19 over the San Diego Chargers in the 1995 Super Bowl, and the Baltimore Colts were favored by 18 over the upstart New York Jets in 1969. 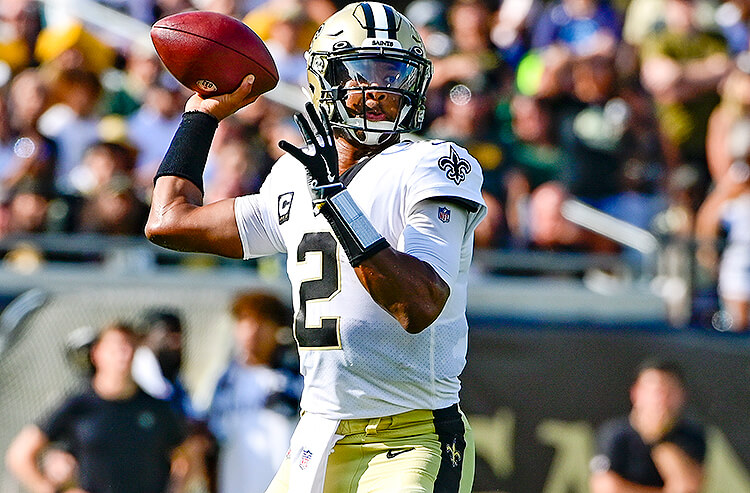