Tua Tagovailoa threw two touchdown passes, including a tie-breaking one to Myles Gaskin in the fourth quarter, as the Miami Dolphins outlasted the New York Jets 24-17 on Sunday in East Rutherford, N.J.

Tagovailoa threw a 5-yard scoring pass to Gaskin, who had slipped out of the backfield on third-and-goal, to give Miami a 21-14 lead with 10:15 left. The drive had been kept alive by a roughing-the-passer call on New York's John Franklin-Myers on an earlier third down.

New York's Joe Flacco went 24 of 39 for 291 yards, with two touchdowns and no interceptions. He lost a fumble on a strip sack in the red zone and fell to 0-5 the last two seasons as a starter for the Jets.

Each team burned the other with a long touchdown pass in the third quarter. Tagovailoa -- who was 27 of 33 for 273 yards, two touchdowns and one interception -- hit Mack Hollins with a 65-yard pass down the left sideline. But the Jets answered later in the quarter when Flacco beat a blitz and threw to Elijah Moore for a 62-yard score to tie it at 14.

The Dolphins scored on their first drive, going 83 yards in 11 plays and scoring on Jaylen Waddle's 1-yard run on a jet sweep to the left on a direct snap from Gaskin.

The score was set up when third-down back Patrick Laird avoided a tackle by linebacker C.J. Mosley for a 5-yard reception to the 1 to convert a third-and-4. Waddle scored on second down.

The Jets tied the score later in the quarter after second-year safety Ashtyn Davis recorded his first NFL interception, picking off Tagovailoa's overthrown pass at the Miami 40. Michael Carter ran 39 yards off left tackle on the next play, but it took the Jets four plays to punch it in when Flacco threw to a wide-open Jamison Crowder for a 2-yard touchdown and a 7-7 tie. Carter later left with an ankle injury.

Ammendola missed two earlier attempts, from 55 and 40 yards. Sanders missed from 32 yards, hitting the right upright as time expired in the first half to send the game into intermission tied at 7. 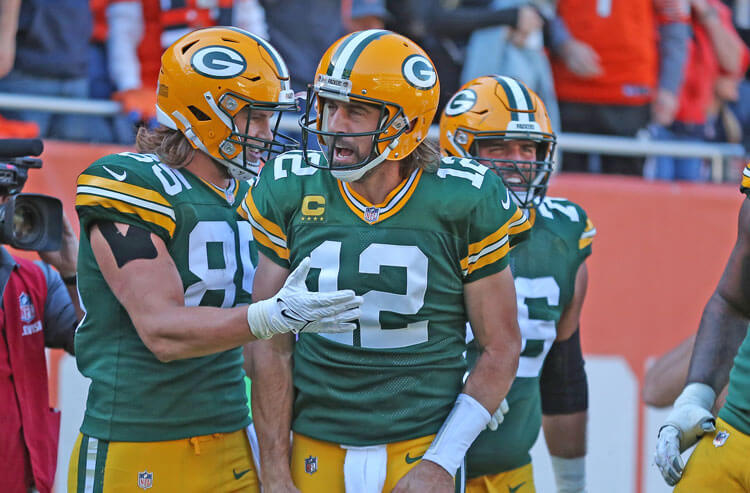 NFL Week 13 Bet Now, Bet Later: Grab AFC Championship Rematch to Hit the Over
About Us
Contact Us
Careers
Our Team
Brand
Testimonials