But that's not the matchup everyone is talking about.

Will Nola (4-4, 3.11 ERA) face his brother Austin? Will Austin Nola start at catcher for the Padres for the second straight game so he can bat against his brother? Or will former Phillie Jorge Alfaro serve as the catcher for San Diego?

Nothing is certain with Bob Melvin managing the Padres. After all, San Diego -- which was without Manny Machado -- had its next two leading run producers, Jake Cronenworth and Luke Voit, on the bench during its 6-2 loss to Philadelphia in the series opener on Thursday.

Melvin might have offered a hint of a Nola vs. Nola showdown late Thursday night.

"Nola is swinging the bat a lot better," Melvin said of his catcher. "He's squaring things up and using the entire field. When he was struggling earlier ... it's hard to put that behind you at times."

But Austin Nola had two hits Thursday for a second straight game. Over the past nine games, he is 11-for-29 with two doubles, a homer, six RBIs and five runs while raising his average 20 points to .239.

"Austin and I enjoy competition," Aaron Nola said last year. "I don't think it's as much a brother thing as it is doing well for your team."

Until now, Austin Nola has three career plate appearances against his brother. He is 0-for-2 with a strikeout and a walk.

"We both have the same mindset when we're facing each other one-to-one," Austin Nola said. "My hope is that we're playing on the same team at some time."

"Austin was always the leader in our off-season workouts," Aaron Nola said. "He pushed me. He was always positive. I was so happy when reached the majors. I had tears in my eyes. He busted his butt. I'm biased as his brother, but how could you not want it for a guy like that?"

Except maybe when they're facing one another.

Aaron Nola did not face the Padres earlier this season when the teams met in Philadelphia. He is 2-3 with a 3.38 ERA in seven career meetings vs. San Diego.

Gore allowed three hits with four strikeouts in three innings of relief against the Phillies on May 17. He has given up 14 runs on 14 hits and seven walks in 6 1/3 innings over his last two starts.

In his four previous outings before that, Gore surrendered only one run on 11 hits and eight walks with 29 strikeouts in 22 innings.

Over is 7-0-1 in Nolas last 8 starts when their opponent scores 2 runs or less in their previous game.

Under is 4-0 in Padres last 4 after allowing 5 runs or more in their previous game.

Under is 4-0 in Padres last 4 when their opponent scores 5 runs or more in their previous game.

Under is 5-0 in Padres last 5 games vs. a right-handed starter.

Under is 4-0 in Padres last 4 home games vs. a right-handed starter. 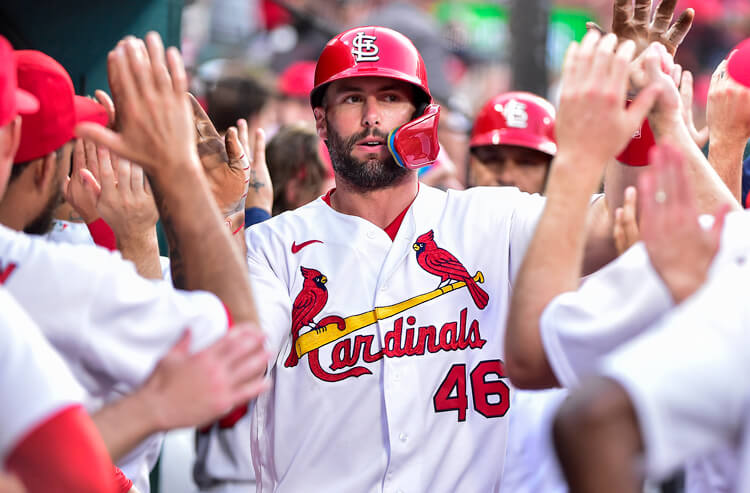