DENVER -- Ian Desmond hit a three-run homer and tied a season-high with four RBIs, leading the Colorado Rockies to a 10-8 victory over the San Francisco Giants on Friday.

Desmond homered during a five-run fifth as the Rockies went ahead 6-4 and also added a sacrifice fly in the seventh when Colorado tacked on three runs.

Trevor Story hit his first career pinch-hit homer in the sixth and Carlos Gonzalez snapped a 0-for-27 skid with a single in the seventh.

DJ LeMahieu went 4-for-4 with a double and two RBIs for his seventh career four-hit game. He is the first Rockies player to have consecutive four-hit games since Gonzalez on July 30-31, 2010.

The Rockies improved to 8-1 against the Giants this season by beating them for the seventh straight time. It matches the Rockies' longest winning streak against any National League opponent.

They won seven straight from Arizona in 2004 and from Los Angeles in 2007.

Greg Holland, who blew his first save of the season Thursday, gave up a one-out triple in the ninth to pinch hitter Gorkys Hernandez followed by Austin Slater's single. Holland walked pinch hitter Buster Posey on four pitches but struck out Denard Span and retired Joe Panik on a grounder to earn his 24th save in 25 opportunities.

Giants' manager Bruce Bochy was ejected by home plate umpire Gary Cederstrom in the bottom of the seventh. It was Bochy's first ejection this season and came after pitcher Jeff Samardzija (2-9) barked at Cederstrom after walking LeMahieu on six pitches to start the inning.

Samardzija allowed season highs of eight runs and 11 hits in six-plus innings. He threw 110 pitches and is 0-3 with a 9.33 ERA this season in three starts against Colorado.

Story's ninth homer of the season, put the Rockies ahead 7-5 in the sixth. It came after the Giants made it a one-run game in the top of the inning on Hunter Pence's groundout.

The Giants scored two runs off Chris Rusin in the eighth on a double by Panik and a single by Pence.

Samardzija hit a two-run homer to give the Giants a 4-1 lead in the fifth inning. It was his third career homer and first since May 15, 2013 also against Colorado when he was on the Chicago Cubs.

The Rockies struck for five runs to go ahead 6-4.

Charlie Blackmon had an RBI triple and LeMahieu had an RBI single ahead of Desmond's fifth homer.

The Giants took a 2-0 lead on homers by Panik in the first and Denard Span in the third. LeMahieu's double in the third cut the deficit to 2-1.

NOTES Giants LHP Madison Bumgarner (bruised ribs, left shoulder joint sprain) will face hitters for the first time Saturday in Arizona at the Giants complex rather than Sunday at Coors Field as originally scheduled. ... Giants RHP Jeff Samardzija had gone 191 plate appearances between hitting home runs. ... Rockies RHP Chad Bettis (cancer) threw his second bullpen session, 20 pitches with the catcher positioned in front of the plate. ... Giants C Buster Posey, who left Thursday's game with an inflamed left ankle, was a pinch hitter in the ninth, and hopes to return to the lineup Saturday. ... Giants IF Eduardo Nunez, who left Thursday's game with left hamstring tightness, is expected to be available to pinch hit Saturday.

Reds vs Mets Odds and Predictions: Carrasco's Luck Could Change 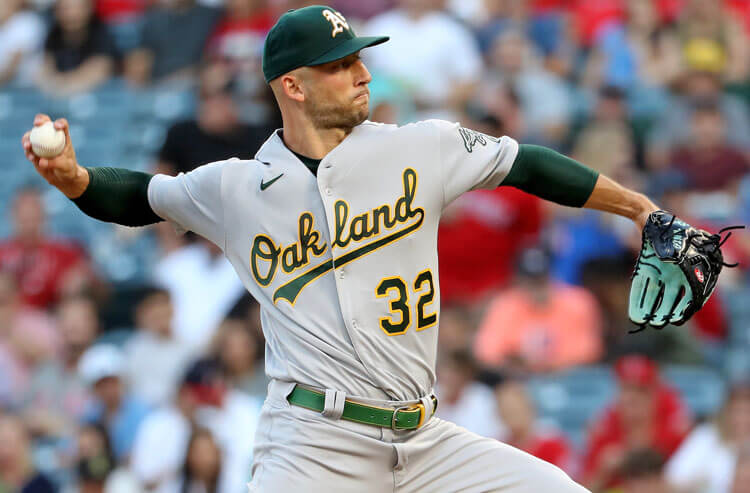 Angels vs A's Picks and Predictions: Oakland Has Betting Edge in Ohtani-Kaprielian Rematch