Norwich City haven't won — or scored — since the end of November in the Premier League, as another relegation looks certain. In London on Wednesday to face West Ham, our EPL picks expect both skids to extend for the visitors.

Norwich are yet to play in the league in 2022 but carry a five-match losing streak into the London Stadium, where they are heavy EPL underdogs against the Hammers.

Here are our free soccer picks and predictions for West Ham vs. Norwich City, with kickoff on January 12.

A cold evening in London is forecast for Wednesday when Norwich City will meet West Ham. Temperatures are expected to be around 40 degrees Fahrenheit, with no rain and little wind in the forecast.

With Norwich involved on Wednesday, the side is a straightforward pick. The Canaries are, again, woefully uncompetitive in the Premier League as their yo-yo between the Championship and Prem continues.

After taking five points from the first three games under new manager Dean Smith, Norwich have lost five straight and haven't scored since November 30. They've conceded the joint-most goals in the league, 42 in 19 games, from 33.4 expected goals against, which is the second-most and just one goal above Newcastle.

It's an even more bleak picture in attack, where Norwich have scored just eight times this season — half as many as the next lowest-scoring team, Burnley. While they have been unlucky — they're 18th in xG — it's difficult to see positive regression, with their most talented attacking player Todd Cantwell on the outs and Chelsea loanee Billy Gilmour injured.

For their part, West Ham did well to rebound from a recent seven-game stretch that saw them take just five points, as they've won back-to-back matches away from home ahead of Wednesday's clash with Norwich.

Though their Top 4 challenge has become more difficult in recent weeks, with Arsenal greatly improved and Spurs appearing more competent under Antonio Conte, the Hammers are quite clearly an upper echelon Premier League team who are firmly entrenched in the Top 6. They rarely drop points against significantly weaker opposition and they won't have any problems here.

As mentioned, Norwich's attack has been downright awful this season, if not also slightly snakebitten. We shouldn't expect luck to suddenly go their way in London on Wednesday, however.

Norwich are set to be without Lukas Rupp, Gilmour, and Mathias Normann, who are the three creative sparks currently leading the club in shot-creating actions per 90 minutes (while Rupp and Gilmour also lead the club in expected assists, at 1.1 each).

For as clinical as striker Teemu Pukki is when he gets chances — he's scored five from 4.9 xG this season — he is a forward who requires chances to be created for him. Pukki averages just 1.34 shot-creating actions per 90 this year, which is a lower mark than that of fellow forward Josh Sargent, who has been brutally disappointing following a 10-million-pound transfer in the summer.

For all of Norwich's shortcomings in defense — they've conceded three or more in seven games — it may not be a high-flying 90 minutes from West Ham's attack, either.

Should Vladimir Coufal remain out with an injury, the Hammers would be down three crucial creative sparks. Said Benrahma, at the African Cup of Nations, is in the Top 3 of almost all of West Ham's goalscoring and creating metrics, while Coufal and Aaron Cresswell are among the leaders in expected assists as they provide width from defense.

Barring a Norwich collapse — granted, not out of the realm of possibility — West Ham shouldn't be expected to top the Over themselves.

Prior to Dean Smith's firing from Aston Villa, he took an attack that finished 10th in goals and xG last season and effectively neutered it with a doomed tactical shift.

Jump ahead to the present, and Smith is overseeing a Norwich side that last scored in the league on November 30. They did that against the league's worst defense in Newcastle, and that goal came 70 minutes after a red card from one of Newcastle's centerbacks.

Norwich have no creative spark in this game, with Gilmour, Rupp, and Normann sidelined, while their striker Pukki is dependant on service from elsewhere to score. Milot Rashica's return from injury was seen as a boost for Norwich but he has created just 0.24 xG+xA per 90 this season and he may not start, after playing just the second half in the weekend's FA Cup game.

Norwich have managed to score in just six league games this year, and only two have come away from home. In West Ham's win on Wednesday, it'll be another goalless 90 for the relegation-bound Canaries. 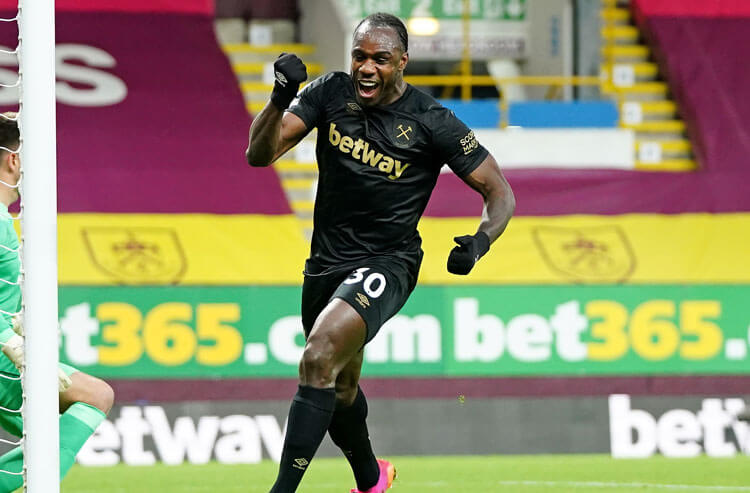 Southampton vs Brentford Picks and Predictions: Tuesday Night Special on the South Coast
Sam Farley | Jan 10, 2022
About Us
Contact Us
Careers
Our Team
Brand
Testimonials