Mo Salah and Liverpool picked up a crucial three points against rivals Manchester United in their last match.

With the English Premier League title officially decided and the top four teams in the table all but assured, the only drama remaining centers around the league's lone automatic Europa League spot.

Manchester City finally clinched the title and didn't have to break a sweat in the process thanks to second-place Manchester United's 2-1 home loss to Leicester City on Tuesday. With City officially returning to the top and six points separating fourth-place Chelsea and No. 5 West Ham, we're left with the battle for that Europa League berth – and with four teams in striking distance, there's intrigue a-plenty.

Here are our top Premier League picks and predictions for Matchday 36.

It might be tempting for bettors to take the home team for a massive upset in the lone Friday game on this week's docket. After all, Newcastle United are coming off a sensational 4-2 win at Leicester and have already secured another season in the Premier League. Coupled with the fact that City have clinched the title, the conditions appear ripe for a Newcastle stunner at +1,200 odds.

That would be nice – but let's not get carried away. Man City haven't looked nearly as sharp in recent weeks, with three losses from their previous nine matches. With their first ever Champions League title within reach, they'll be looking to make a statement against a Newcastle team that has nothing left to play for now that they’re assured a spot in the Premier League for next season.

The Hammers no longer have any room for error as they travel to American Express Community Stadium for a Saturday encounter with Brighton & Hove Albion. Three defeats in the past four league matches have left West Ham clinging to that Europa League spot, one point ahead of hard-charging Liverpool (who have a game in hand) and only two clear of an equally hungry Tottenham squad.

Fortunately for West Ham, they have the easiest remaining schedule of any team in contention for that fifth spot, with their final three matches coming against opponents sitting 13th or worse in the table. Brighton can lament having a better goal differential than the five teams directly ahead of them in the standings, but they have no motivation to go hard in this one. We like the away side.

It's a minuscule consolation after winning the Premier League a season ago, but Liverpool are in position to take control of that Europa League berth as they visit a West Brom side Sunday that might already be looking ahead to their home finale. Liverpool are hefty favorites to extend a run of success that saw them earn points in six straight league matches entering Thursday.

While the visitors are laser-focused on winning out to finish the season, West Brom manager Sam Allardyce has already admitted that he's looking forward to the team's final home game of the season, when they will once again be able to host fans (approximately 10,000 of them) for the first time in 14 months vs. West Ham. That only galvanizes our interest in the visitors. 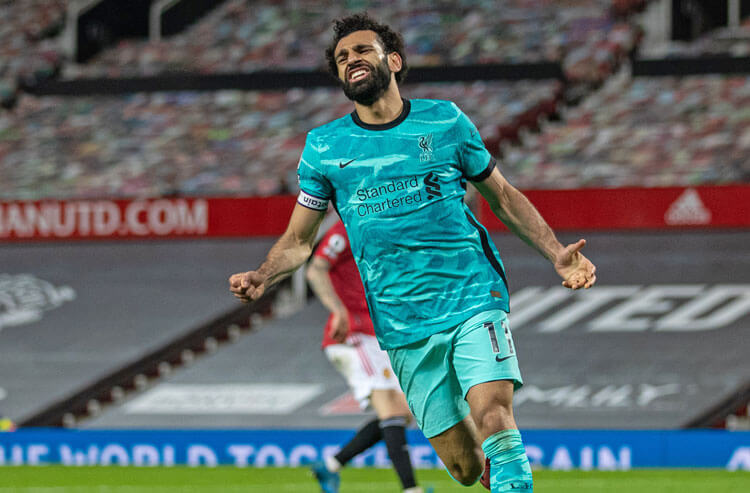