Between Neymar, Messi, and Mbappe, PSG have started their new season strong and now looks to carry that momentum into a new Champions League campaign. We break down their chances in our PSG vs. Juventus betting picks below.

The greatest European competition in club soccer returns on Tuesday, as Champions League action kicks off with a full slate of matches.

The marquee matchup of Matchday 1 will see Paris Saint-Germain play host to Juventus, with the high-flying Parisians looking to keep up their dominant offensive performances against an Italian side playing stingy defense.

This matchup is heavily one-sided with the oddsmakers, but thankfully you have us to provide you with a few ways to put the odds in your favor. Let’s see what the best plays are in our PSG vs. Juventus picks and predictions.

PSG vs Juventus picks and predictions

PSG are off to a flying start under new manager Christophe Galtier, with five wins and a draw in their first six. He’s done a solid job of managing the egos and playing time of his three superstar forwards, with Neymar, Lionel Messi, and Kylian Mbappe all thriving so far to start the season.

Neymar is having a resurgence so far, with seven goals and six assists in five starts. He rested over the weekend, and will again be the focal point of the buildup. Mbappe has scored six goals, with Messi scoring three while setting up five others.

The issues of the past, where PSG were unable to properly transition the ball from defense to attack, have been erased in large part due to the addition of Renato Sanches. Galtier has also pushed Nuno Mendes and Hakimi into the attack with a change to a 3-4-3 formation, with the fullbacks putting pressure on their opposite numbers.

To their credit, Juventus have defended well to open the season, even if their position in the table is far from optimal. Currently sitting sixth, they’ve conceded just two goals in five Serie A contests. This is despite Wojciech Szczesny being out due to injury, with Mattia Perin deputizing.

Their attack has been lacking, however, with just seven goals this season – three of which came in the season opener. Stopping the PSG attack will be an entirely different ask, however, and the injury concerns are piling up for the Old Lady.

Alex Sandro is likely to miss out due to an injury, giving Juventus no true left-backs for the match. This will have Neymar begging for the ball on the wing, with the ability to attack a Juventus back line that is aging and isn’t the fastest. He and Mendes should be able to impact the play consistently out wide, and when he finds space to shoot, he will do so against Juventus’ backup keeper.

Neymar is taking penalties for PSG and is also taking the majority of free kicks. He has found the back of the net in each of his last seven starts, including friendlies and cup matches, and the absence of Sandro is just going to make him even more dangerous in possession.

With all the opportunities he’s likely to have to put efforts on goal, I love getting him to score and a piece of a PSG win at plus odds.

If you're signing up for a new sportsbook for some Champions League betting, here are two of the best bonuses* available:

Juventus are heavy underdogs at the Parc des Princes, and with good reason. PSG has won five of six, with only Monaco holding them to a draw. In that match, they out-shot Monaco 18-4 and hit the woodwork three different times.

Defensively, the center-back trio of Sergio Ramos, Prisnel Kimpembe, and Marquinhos have been stellar, allowing just four goals against. At the other end of the pitch, their ruthless nature on attack has seen them score 24 goals through six matches.

Juventus will continue to be without Federico Chiesa, although leading scorer Dusan Vlahovic is expected to return to the lineup on Tuesday, but Angel Di Maria, who has a goal and assist this year, is doubtful with injury. With multiple important players out for this fixture, PSG should live up to the expectation and get a leg up in the group with an opening-match victory.

Those looking for an angle to get on a moneyline play may want to glance at the first half lines. PSG have led at halftime in each of their six matches this season in Ligue 1, and have yet to concede a goal before the break.

Meanwhile, Juventus have scored just four goals over their last four matches and aside from their opening-weekend win over Sassuolo that saw them win 3-0, not a single one of their matches have seen more than two goals put on the board.

The total in this match is heavily juiced at more than 2.5 goals, with three goals expected by most of the books. This puts you in a bit of a conundrum unless you want to play the Asian total of three goals. Even then, you’ll need four goals to get a win, if you want to take the Over.

The Under 3 is a solid play, for those wanting to play a total. At even money, you’d need four goals to be scored, and I’m not sure Juventus will open themselves up enough for that to happen. I expect them to try to limit the damage for goal differential sake, making it a fairly strong play with a refund if exactly three goals are scored.

After plenty of rain early in the day, conditions are expected to be dry and cool on Tuesday evening. Temperatures will be in the low-70s, with a slight chance of rain in the forecast. 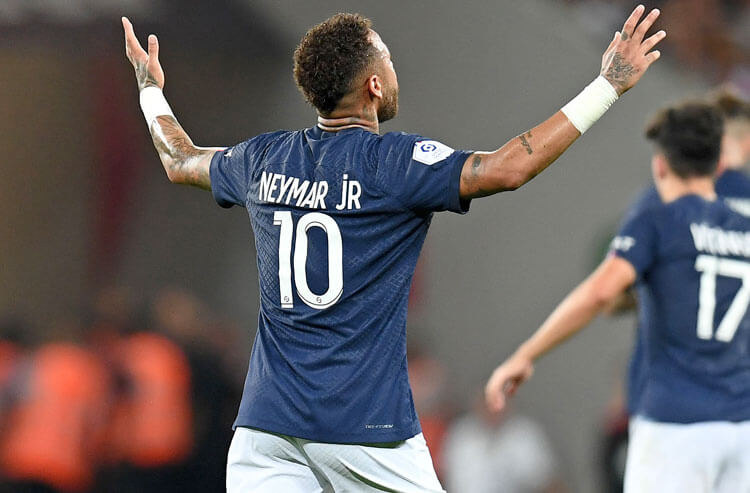