Arsenal look to take care of business against Oxford in FA Cup action on Monday. Read more to find out why we're expecting the Gunners to maintain control throughout the match in our Oxford United vs. Arsenal betting picks.

Oxford are on an upset mission on Monday as they host Premier League leaders Arsenal in the FA Cup Third Round.

However, the U’s will need to shake off underwhelming recent form. Sitting 15th in League One, Oxford have recorded just one win from their last five games and are coming off a 1-0 loss to Exeter.

Arsenal battled their way to a 0-0 draw against Newcastle on Wednesday and have still only lost once in the league this season. Monday’s tie is an opportunity for Mikel Arteta to rest key men and give playing time to fringe squad members.

Read on for our free Oxford vs Arsenal picks and predictions for January 9.

There are no signs of Arsenal’s title charge fading, with seven points from their three post-World Cup fixtures — including an eye-catching 4-2 victory at Brighton. As the Premier League calendar takes a short breath this weekend, some of the Gunners’ backups will get their chance to shine in the FA Cup.

This Arsenal squad has the depth to shuffle the starting line-up for the trip to Oxford without missing a beat, with Fabio Vieira, Mohamed Elneny, and Albert Sambi Lokonga taking over in midfield and Emile Smith Rowe likely to feature in attack.

Smith Rowe has been sidelined for most of the season with a groin injury, but this would be an ideal chance to ease him back into first-team action.

Full-backs Kieran Tierney and Takehiro Tomiyasu will bring fresh legs and willing overlapping runs — and all of Arteta’s second-string stars should be motivated to make their case for more playing time as the title race heats up. There will be no going through the motions here, even against third-tier opponents.

With Oxford’s shaky recent form and major absences in attack, Arsenal are well placed to take control of this tie early and never relinquish their grip. I like these odds for a comfortable outing for the Gunners’ back four and a safe passage into the Fourth Round.

Looking to do some FA Cup betting? Here are two of the best bonuses* available:

Oxford United vs Arsenal side analysis

Arsenal are clear-cut favorites here to breeze through to the next round, with the 14-time FA Cup winners bringing excellent league form to the Kassam Stadium. While it could take the Gunners a little time to find their rhythm after all the line-up changes, the talent gap is significant.

With Gabriel Jesus sidelined, the one position that Arteta may not have the luxury of rotating is his central striker. Eddie Nketiah is poised to start again on Monday, and we may see either Martin Odegaard or Gabriel Martinelli too. Vieira is one to watch in midfield, and his forward runs will stretch the hosts’ defense.

Oxford’s best recent performance came in late December in a 3-1 win at home to Charlton, and they will need to produce that level of intensity and ruthless finishing to keep pace with a slick Arsenal team.

Don’t expect the Gunners to underestimate the challenge here, either. They were dumped out of the FA Cup Third Round last season by then-Championship side Nottingham Forest and will be out to avoid a repeat of that embarrassment. If Arsenal are struggling to find a breakthrough, Arteta won’t hesitate to make second-half changes.

Look for the Oxford game plan to center around getting two banks of defenders behind the ball and sitting deep while Arsenal have the lion’s share of possession. However, the Gunners are well versed in dealing with that mindset — and the strategy will have its limits for hosts. The U’s have only kept one clean sheet across their last eight games.

The biggest challenge for Oxford will be finding an outlet to relieve the pressure on their defense and midfield. Their goal threat is diminished by the absences of midfielder Marcus Browne plus strikers Kyle Joseph and Sam Baldock.

Matty Taylor, who led the line against Exeter, has only scored three league goals this season, but he’s the likeliest choice for U’s boss Karl Robinson on Monday.

Much will depend on the first 15 minutes, with an early goal potentially opening the floodgates. Arsenal’s hungry attackers should be able to unlock this Oxford defense, and Arteta will have big-name options off the bench too.

The Monday forecast calls for a cloudy night in Oxford, with light wind and temperatures in the low 40s. 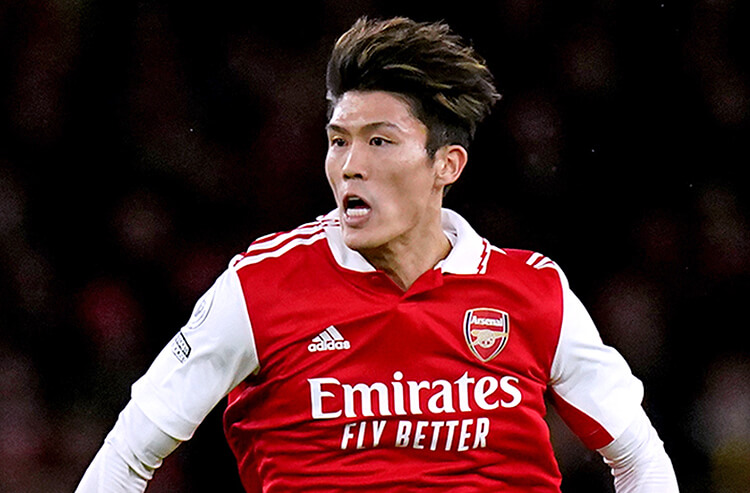