The Liverpool team that began the year lethargically appears to be making way, after a 9-0 win over the weekend. The Reds are finding their footing again, and our EPL picks don't expect that to change with Newcastle visiting Anfield.

The headliner in a full midweek slate of Premier League betting will come at Anfield, where Liverpool will host Newcastle United.

Liverpool finally launched their new season over the weekend, following up a trio of underwhelming performances with a 9-0 thrashing of Bournemouth.

Newcastle, meanwhile, remain undefeated through four games after salvaging a point in the dying minutes against Wolverhampton on Sunday.

Ahead of what should be an entertaining EPL clash, check out our picks and predictions for Liverpool vs. Newcastle, with kickoff on August 31.

Clear and calm conditions are forecast for Wednesday evening in Liverpool, with temperatures on Merseyside expected to be around 70 degrees Fahrenheit at kickoff.

Liverpool couldn't ask for a better result to ride into this game, just days after battering Bournemouth 9-0. Forget the scoreline, it's the response that will have really encouraged both Jurgen Klopp and supporters. Fresh off a flat derby loss to Manchester United, the relentless Liverpool we've come to expect reappeared.

While the long list of injuries remains for the Reds, their performances against Palace, Fulham, and Man U were entirely unacceptable for a squad of their level and depth. Regardless of those sidelined, Liverpool should be expected to beat mid-table sides like Palace and Newcastle — particularly at home.

Those expectations are even more clear ahead of Wednesday, as Newcastle come to Anfield having gone toe-to-toe with Man City but juggling considerable injuries themselves. And, unlike Liverpool, they don't have the type of depth to overcome such vital losses.

There were a lot of positives to take from Newcastle's draw with Man City two weeks ago, and Eddie Howe's side shouldn't be overwhelmed by the Top 4 as they were last year. However, too much is working against them at Anfield to get a result, as the Magpies are unlikely to have their best player (Bruno Guimaraes), their talisman (Allan Saint-Maximin), or their most prominent goal threat (Callum Wilson).

Newcastle are too well organized, too well-coached, and too stable in defense to let this game turn into another roaring night at Anfield. However, without Wilson and with Saint-Maximin doubtful, it's so difficult to see the visitors creating much of anything.

In all likelihood, Liverpool will need just two goals to cover this -1.5 spread — something they've done in 76% of home Premier League games since the start of last season.

I touched upon it above, but I don't expect Newcastle to score on Wednesday.

Not without Wilson, who has scored 23% of their goals in the league since he joined in July 2020, or Saint-Maximin, who accounts for another 9% of that. Add in Bruno's five goals since joining in January, and you have nearly 40% of Newcastle's total Prem output since the start of '20-21 sidelined.

Almost as bad as who's missing for Newcastle is who will be in their place.

Chris Wood will resume his underwhelming attempt to replace Wilson, though we know how that turns out. Since he joined in January, Wood's scored twice in the league for a per-90 return of 0.14 — a far cry from Wilson's 0.53 goals per 90 in the Black and White. His reliance on others to create for him was painfully apparent on the weekend, when he mustered just three total touches inside Wolves' penalty area.

While Saint-Maximin's lack of decision-making and final product can be infuriating, he's still miles more dangerous than the rest of Newcastle's wide attackers. Maxi's 0.37 goals + assists per 90 for Newcastle towers over the same mark for Jacob Murphy (0.22), Miguel Almiron (0.14), and Ryan Fraser (0.26).

Without Wilson or Saint-Maximin, Newcastle lack the goalscoring threat and creative spark needed to break down a team like Liverpool.

There isn't much I like in the side or player markets, but I do think the Under 0.5 on Newcastle's team total is good value at +100. I've already detailed some of the causes for concern above, but to re-emphasize how much of their attacking output will be missing at Anfield, since the start of 2020-21 Newcastle have totaled:

And from those totals, Wilson and Saint-Maximin account for:

In one of England's most hostile grounds, against a title-worthy opponent rediscovering their championship-level swagger, missing their two most prominent attacking threats, expect Newcastle to be blanked. 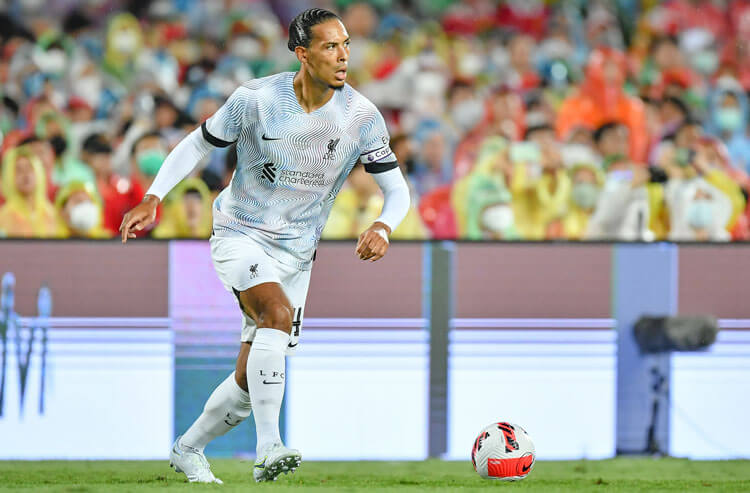 Liverpool vs Newcastle Picks and Predictions: Reds Rediscover Their Home Form
Provided by