Chelsea vs Liverpool Picks and Predictions: The Blues Drag On

Chelsea began the season with the promise of a title challenge but have been slowed by bad form and injuries. Liverpool, meanwhile, try to hang around longer in the Premier League race and our EPL picks like the Reds to get a huge result.

The best game of the weekend in Premier League betting will take place in London, where second-place Chelsea host third-place Liverpool.

Chelsea's form has wavered considerably in recent weeks, with a title challenge fading from view, but Liverpool, too, need a result after taking just one point from their previous two games.

Here are our free soccer picks and predictions for what should be a fantastic game from Stamford Bridge, with Chelsea vs. Liverpool on January 2.

Rain is in the forecast for London throughout Sunday, though it's expected to lighten up around kickoff with winds around 15 mph. The temperature in the afternoon is expected to be around 55 degrees Fahrenheit.

This will be the second of two meetings between Chelsea and Liverpool in the league this season, after the pair met at Anfield in late August. That match ended 1-1 in a game that was terribly frustrating for a neutral, as Chelsea right back Reece James was sent off after a harsh red card.

It was frustrating from a Liverpool perspective, too, as the Reds dominated proceedings against 10 men but were unable to find a way through — with Thiago's introduction in the 74th minute coming too late. Liverpool won the expected goal battle in that match, 2.6-0.8, and the gulf in class was a sign of things to come.

As the season has progressed, Liverpool have continued to prove they're in a higher class than Chelsea, with injuries and COVID wreaking havoc on both squads. While Chelsea are a point up on Liverpool, Sunday's visitors have a game in hand — and nearly every metric in their favor.

Liverpool's attack is atop the Prem in xG, at 48.0 and over 10.0 above Chelsea's 37.4. That gap is even greater when taking away penalties, with Liverpool having created 46.0 xG from open play compared to 32.4 for Chelsea. The same is true for shot-creating actions, where Liverpool average nearly five more (29.37-24.65) per 90 minutes than Chelsea.

Chelsea's defensive record, the lifeblood of their early surge atop the table, has regressed in recent weeks and is nearly identical to Liverpool's. Chelsea have conceded 14 from 19.0 xG against, while Liverpool have conceded 16 from the same expected goals against. Making matters worse, the Blues could be down four of five regulars in their back five with James, Ben Chilwell, and Thiago Silva out, and Andreas Christensen coming off injured at halftime on Thursday.

As the season has progressed it has become increasingly clear Manchester City and, albeit possibly to a lesser degree, Liverpool, are a cut above the rest. City came to Stamford Bridge against a far healthier and better performing Chelsea team earlier this year and left as winners. With Chelsea in a bad way at the moment, Liverpool will do the same.

Against Leicester City on Tuesday, for the first time in the league this season, Liverpool were held without a goal. It took a brutal miss by Sadio Mane and a mostly lethargic performance but their 1-0 loss meant the Arsenal Invincibles will remain the only team in Premier League history to score in every match.

Make no mistake, however, Liverpool's attack remains world-class. They've only been held to one goal or fewer in four league games, and in all four they had 2.5 or more xG. All told, they've averaged 2.6 goals from 2.5 xG created per game this season and of course have the marvelous, unplayable Mohamed Salah at the heart of it all.

Salah averages an amazing 1.28 goals/assists per 90 minutes but has now gone the past two games without a goal contribution, so expect him to play a major part here — especially with Chelsea's weakened flanks.

With the state of Chelsea's backline at the moment, Liverpool scoring three themselves is hardly out of the question, but they have conceded in eight of their previous 10 league games, too.

It's very rare we get such good odds to back Liverpool to be victorious, and it's something we should take advantage of. Even in ideal circumstances for both teams, Liverpool would likely be favored to take three points but even more so here.

Chelsea's squad has been gutted by injuries and COVID recently, and the strength of their team, in defense, is a shell of its former self with four regulars sidelined. The attack isn't much clearer either, with Timo Werner — whose movement is crucial even if his finishing lacks — sidelined, Romelu Lukaku unhappy and misused, and Kai Havertz having a brutally disappointing season.

A season that once promised a title challenge has changed considerably, with Chelsea taking 17 out of a possible 30 points since November. While that's a fine points return, it's nowhere near enough to challenge for the league. That, ultimately, is the basis for this pick: Chelsea are a very good Premier League side riddled with injuries, while Liverpool are a title contender with better squad health. 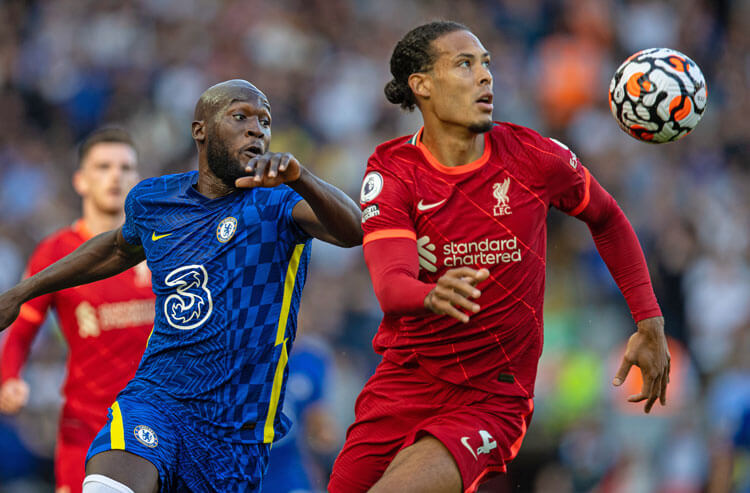 Chelsea vs Liverpool Picks and Predictions: The Blues Drag On
Provided by