Leeds United are back at Elland Road after a humiliating 7-0 defeat midweek but face another tough test, with Arsenal making the trip on Saturday. Our picks and predictions highlight the trouble Leeds are in, and Saturday's Premier League betting value.

Arsenal vaulted themselves into the Top 4 with a win over West Ham on Wednesday and will look to continue the good form on Saturday in Yorkshire.

Saturday's hosts, Leeds United, are coming off the low point of the Marcelo Bielsa era, as they were torn apart by Manchester City in a 7-0 loss on Tuesday. With relegation settling in as a genuine possibility at Elland Road, can Leeds earn a home result this weekend?

Find out with our free soccer picks and predictions for Leeds United vs. Arsenal, with kickoff on December 18.

Saturday's forecast has no rain and very little wind in Leeds for Arsenal's visit to Elland Road. Temperatures at kickoff on a dry, cold night are expected to be around 45 degrees Fahrenheit.

This season has been a disaster for Leeds, there's no other way to frame it. They finished last season as one of the best promoted teams in Premier League history, finishing ninth while not wavering from the style of play that makes Bielsa and his teams so beloved. Fast forward to near the halfway point of this season and Leeds are 16th and just four points off the relegation zone.

Leeds have gone through the entire season with at least one key figure out injured at all times. After seeing Patrick Bamford, who scored 17 in the league last year, return from a lengthy injury in heroic fashion with a last-second equalizer, he was immediately sidelined again with an injury. However, the most recent injury is an outright disaster. Kalvin Phillips, the irreplaceable figure at the heart of Leeds' midfield, will now miss several months and his club's season will sink further as a result.

While Leeds' season goes from bad to worse, Arsenal have continued to show genuine progress. A surprising loss to Everton was rebounded from with a decisive 3-0 win over Southampton and followed by a crucial 2-0 win over West Ham, with Arsenal leapfrogging their fellow London club as a result. Now in the Top 4 with a settled backline, a stellar goalkeeper in Aaron Ramsdale, and quality in midfield, Arsenal's improvement this season is sustainable.

To finish in the Top 4 and return to Europe next year, Arsenal must continue to beat the teams they should. They've done so consistently this year, dropping just 10 points from a possible 36 against teams below them in the table. They'll do so again here with a win at Elland Road.

Leeds' defensive record was worrisome already but it is going to get so much worse. Without Phillips shielding them, a talent-poor backline is far more susceptible to being torn apart — as evidenced by City's demolition midweek. That result alone has dropped Leeds to 18th in goals allowed and 19th in expected goals against, and we can count on it to worsen without Phillips.

They are missing key pieces going forward, too, with both Bamford and Rodrigo sidelined. The duo combined to score 24 of Leeds' 60 goals a year ago and are invaluable to their attack. Compared to last season, they've already regressed considerably going forward, and it won't improve as long as Bamford is injured.

So, with Leeds' attack without much bite at the moment, it really comes down to whether Arsenal can top the total themselves. For all of their attacking talent and good form, that appears unlikely. Through 17 games, Arsenal have scored 23 with an xG of 23.4, exceeding their xG until Wednesday (a missed penalty playing a part in that change).

While the Gunners have found a superb balance in their three-man midfield behind the lone striker, the performances up top have been underwhelming. Pierre-Emerick Aubameyang, who still leads the team in goals across competitions and has the second-most in the league, recently had his captaincy taken away and looks to be suffering the same fate as Mesut Ozil, frozen out of the team.

In Aubameyang's place is Alexandre Lacazette, who is in the midst of one of the worst seasons of his career with four goals in 14 games across competitions. Arsenal must depend on the attacking talents occupying the spots behind their striker to create chances and goals. That's enough to defeat lesser teams but not enough to top this total on their own.

On current form, you would be hard-pressed to find a team as prime for picking as Leeds are at the moment. Injuries and poor form haunts them, and they're coming off not only the blows of losing their captain, Liam Cooper, and heartbeat, Phillips, but an embarrassing 7-0 loss.

Leeds now have to face Arsenal in the midst of a brutal stretch that has already seen them lose to Chelsea and Manchester City, with Liverpool and a resurgent Aston Villa on the other side. It's not unreasonable to expect five losses from five in this stretch, especially with both Arsenal and Villa in better form than early in the season.

Elland Road isn't an easy place for opposing teams to come play but even against a strong Leeds team last season, Arsenal managed a draw in a game in which they won the xG battle 2.5 to 0.9. Since then, these clubs have gone in opposite directions and this time around, the Gunners will take all three points. 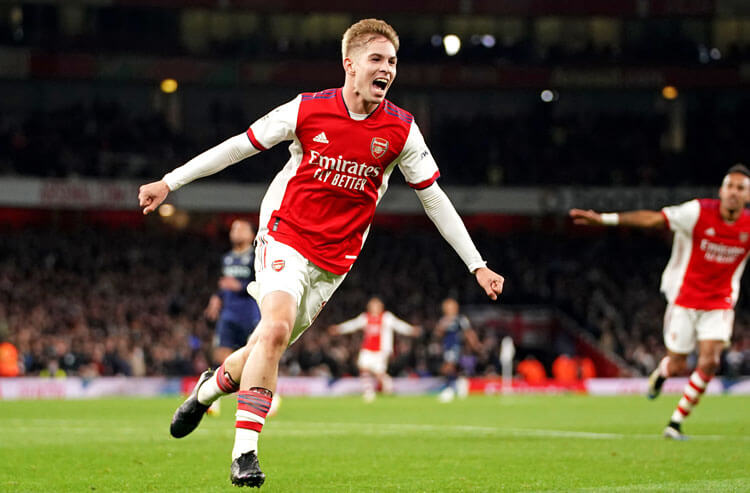 Leeds United vs Arsenal Picks and Predictions: Nightmare at Elland Road
Provided by