AC Milan wrestled the title away from Inter Milan last season but with Serie A odds on the board for 2022-23, it's Internazionale in the top spot. We've got the full odds to win Serie A, including the defending champ's placement, below.

Nine consecutive Serie A titles for Juventus were finally ended in 2020-21, when Inter Milan reclaimed the Italian crown. That title moved across the city in 2021-22, with AC Milan stopping Inter's title defense at the end of a wild season.

The competitiveness that has marked Serie A over the previous two seasons may be sliding away again, as Juventus have endured a rebuilding process but finished last season strong. However, it's not Italy's most successful club that finds itself atop the Serie A odds board ahead of 2022-23.

Let's take a look at the early odds to win Serie A.

Live odds courtesy of DraftKings Sportsbook. Be sure to compare Serie A odds before placing your bets.

Favorite to win the Serie A

Inter were in control of their title defense destiny for most of last season before a draw late in the season saw that slip through their fingers. A second-place finish was their eventual fate, finishing two points behind champions Milan.

Inter returned most of their squad and saw the triumphant return of Romelu Lukaku, who scored less than two minutes into his return, setting the stage for a title fight.

Juve dominated Serie A in the 2010s, with nine consecutive league titles. That came to an end in 2020-21, with back-to-back fourth-place finishes as The Old Lady retools and prepares to ascend back to the top. While they failed to win any of their final three matches, that was predated by one loss in 21 matches.

With a new star in striker Dusan Vlahovic and a talented squad around him, Juve are among the favorites to reclaim their Italian crown in 2022-23.

The defending champions slot into third on the odds board, after an unlikely title in 2021-22. Milan don't lack young talent but with Olivier Giroud and Zlatan Ibrahimovic leading the line, an addition in attack may be needed for Milan to have a shot at defending their Serie A title.

Past Serie A champions

Serie A futures odds are constantly adjusted throughout the offseason due to player transfers and injuries. Once the season begins, title odds will change as teams win and lose games and as more players get hurt or suspended. Sportsbooks will also adjust Serie A odds based on handle and liability to certain teams.

Serie A futures odds will usually look like this:

This means that on a $100 bet, you'll stand to win $350 if Juventus wins the Coppa Campioni d'Italia. If it's close to the end of the competition, or a club has been particularly dominant, you might see them with a minus sign (-) ahead of their odds.

This means that you would need to bet $500 to win just $100 on an Internazionale championship.

Above we have posted the American odds for Serie A. However, these are easy to convert to decimal odds or fractional odds with our odds converter tool.

AC Milan are the defending champs, with Inter Milan finishing second in 2021-22.

Juventus leads the all-time Serie A championship tally with 36. 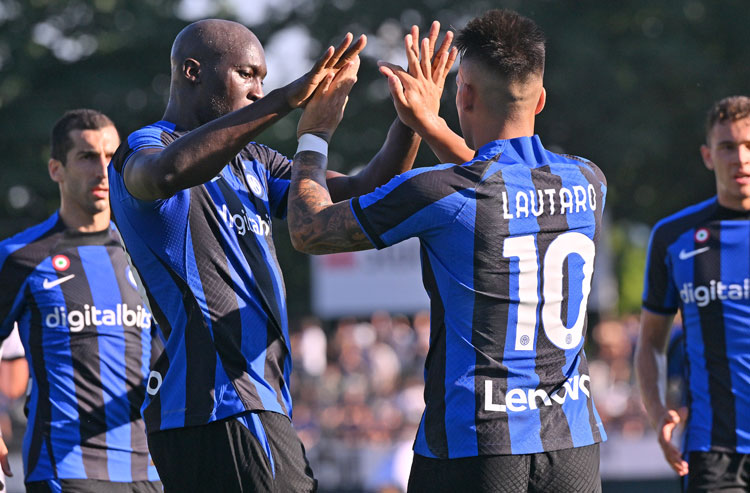