Manchester United have had no problem playing at Craven Cottage, as they've fared extremely well there recently. Find out why they hold the advantage yet again in our Fulham vs. Manchester United betting picks.

The final weekend of the Premier League before the World Cup break sees Fulham hoping to finish on a positive note as they host Manchester United.

The Red Devils look to rebound from a defeat to Aston Villa last weekend and keep tabs on the teams ahead of them as they chase a European spot. With injuries on both sides, the lineup decisions will play a key role in determining the outcome of this match.

I break down what you should expect to see when the team sheets come out and how that plays to your advantage in our Fulham vs. Manchester United picks and predictions for Sunday, November 13.

This match will feature quite a few changes for both sides. Fulham are without their star striker Aleksandar Mitrovic, who has been dealing with an ankle injury that has his World Cup participation somewhat in doubt. They’ve also lost Kenny Tete and Harrison Reed for this match due to yellow card accumulation suspensions.

The visitors will be missing a few key individuals of their own. Fullback Diogo Dalot will miss the match due to yellow card accumulation of his own, while center back Raphael Varane is out and hoping to participate in the World Cup. Winger Antony is also going to be a match-time decision with a pelvis injury, but it’s unlikely Erik ten Hag would risk his World Cup chances.

What United do have going in their favor is their midfield. It’s likely that the Red Devils will have their entire first-choice midfield going on Sunday, with Casemiro anchoring behind Bruno Fernandes and Christian Eriksen. That will give them a significant advantage against Fulham, who will need to somehow replace what is lost with Reed missing. The absence of Tete will also be painful, as he ranks second on the team in assists and would be helpful to have against Marcus Rashford on the flank.

Also helping United on Sunday is the likely return of Anthony Martial to the starting XI. He was able to score a goal midweek in their EFL Cup win over Aston Villa, and his inclusion over Cristiano Ronaldo allows ten Hag to properly employ his pressing strategy.

Fulham’s biggest issue will be the hole left in attack by Mitrovic. The Serbian striker has accounted for nine of Fulham’s 21 goals scored this season (not counting own goals). Despite having 10 men for much of the match last week against Manchester City, they rarely looked threatening without his physical presence as they managed just four shots. This will play into Manchester United’s hands.

Without Mitrovic to exploit the immobile Harry Maguire in defense, the Red Devils should be able to take a few more chances and head into the six-week break with an away win.

Fulham vs Manchester United side analysis

Fulham have lost just once in their seven home matches at Craven Cottage this season, drawing three and winning three as they’ve used the smaller pitch dimensions to their advantage. That’s a stark contrast from their road form, where they’ve lost four of their seven.

Manchester United have won their last five visits to Craven Cottage, a large reason why they are heavy favorites in this match.

Fulham have kept just two clean sheets at home this season, coming against Everton and Aston Villa. However, those have come in their last two matches at Craven Cottage. The 0-0 draw with Everton is the only time in their seven home matches this season where the total has gone Under 3.0 for the match.

The Over has also hit in 12 of their 14 matches in the Premier League this year. Manchester United have seen three or more goals scored in four of their seven road matches in the Premier League this season, and seven of their 13 matches at all locations have gone over. However, their 3-1 loss last weekend ended a four-match run with two or fewer goals scored.

Temperatures in London will be in the upper 50s throughout the match, with no rain anticipated. Winds will not be a factor, as there won’t be much more than a light breeze. 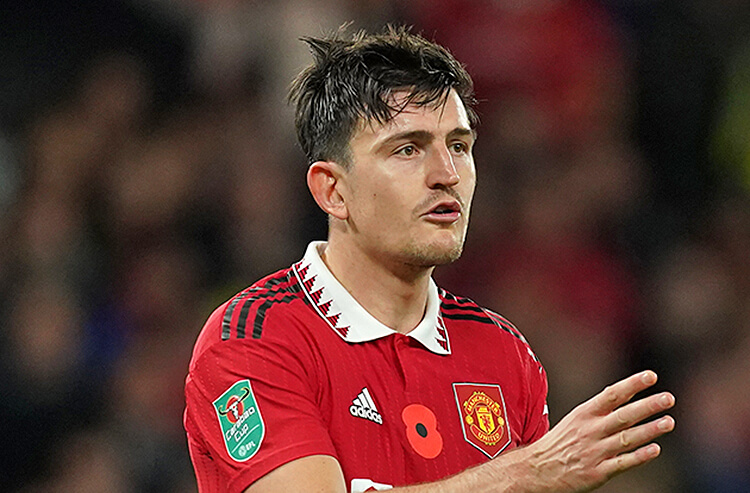