Slovakia has some tough odds to overcome to emerge victorious at Euro 2020.

Slovakia are priced as the long shot to emerge from Group E and are ranked by oddsmakers by one of the weakest teams in all of Euro 2020. Can they overcome a lack of attacking power to emerge in the Round of 16?

Slovakia got slotted into Group E along with Spain, Sweden, and Poland. They play their first two matches in St. Petersburg before heading to Seville for the group-stage finale.

Odds for Slovakia to win

Slovakia reopened at +25,000 odds to win Euro 2020. With top favorites and other long shots getting bet down, Slovakia has seen their price drift to the current odds of +40,000.

Here’s how Slovakia’s odds to win the tournament have looked over the last eight months, as compared to the other tournament long shots.

Slovakia just narrowly missed out on direct qualification from the standard group stages by a single point. This put them into the playoff system with matches against Ireland and Northern Ireland. With their trajectory continuing upwards after qualifying for Euro 2016, few expected the nosedive in Nations League play. The team won just one of their six matches and finished dead last in their group.

In the middle of 2020, manager Pavel Hapal was sacked and 48-year-old assistant Štefan Tarkovič was awarded the manager role on a trial basis. Tarkovič, with no major managerial experience, led the club to qualification for the tournament this summer through the playoff system. As a reward for his success, Tarkovič’s on-job trial was extended until the end of 2021.

Despite his lack of experience and knowledge, the response from the team to Tarkovič has appeared to be nothing but positive. After qualifying for the European Championship, they have gone on to earn a result in all three of their World Cup qualification matches, including a 2-1 victory over Russia.

A successful Euro 2020 would be earning a result against either Spain, Poland, or Sweden and not going home empty-handed. Even this seems like a stretch. Slovakia is void of any goal-scoring talent. The team relies almost exclusively on midfield options rather than on attack. While they have experience in goal and on the backline, holding on for 0-0 against the attacking talent on the other three teams within the group is unrealistic.

The long-time Serie A product is likely the only household name for Slovak talent. Hamšík has appeared in 126 matches for Slovakia since making his debut in 2007 and, despite playing in the midfield, has scored 26 goals in those caps. When playing internationally, Hamšík tends to be pushed further up the field into the attacking zone than he is known for at the club level. Without any main attackers in front of him, Hamšík is going to be the main option for Slovakia at this tournament to find the back of the net.

Best bet: Slovakia not to qualify for the knockout stage (-200)

A new manager, no true attacking forward threat, and a difficult group paint the picture for why the odds for Slovakia are so long. Odds just to qualify for the Round of 16 are listed at +180. Earning a single point would be a huge victory for the country and that itself may be a huge challenge considering the group opponents. Bet against Slovakia to qualify at odds of -200. 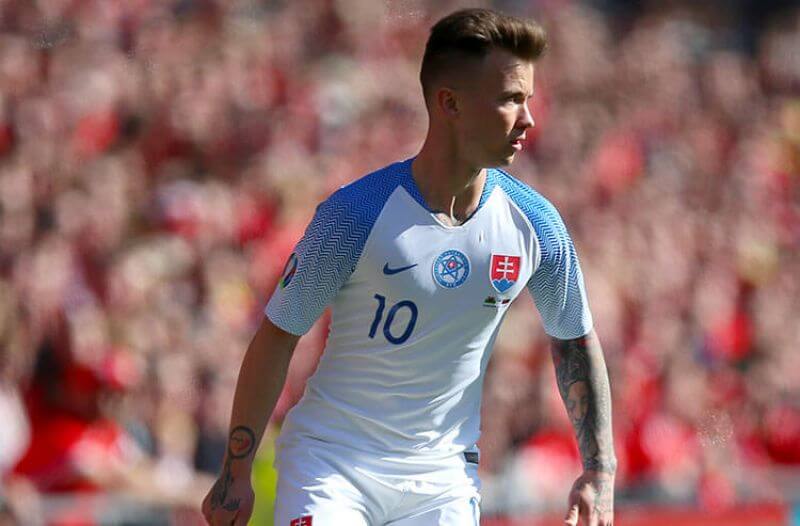