The Netherlands have already advanced to the Round of 16, while North Macedonia have been officially eliminated. With both teams likely to use plenty of reserves, how will this game go? Find out with our North Macedonia vs Netherlands tips and predictions.

As we gear up for the final set of Euro 2020 round-robin group stage matches, few games have no impact on the final standings but Monday's tilt between North Macedonia and the host Netherlands is in that small minority.

The Dutch, 2-0 in Group C play, have already secured their spot in the Round of 16 as they entertain a North Macedonia team that has been officially eliminated from knockout round contention. What will that mean for the fates of both teams at Johan Cruijff ArenA on Monday? Likely not much.

While both sides are expected to tinker with their lineups, the Netherlands are still the far superior team and might actually fare better against a group of North Macedonian reserves playing in their first major international event.

Check out our North Macedonia vs. Netherlands tips and predictions on June 19.

It's going to be a soggy one at Johan Cruijff ArenA, with persistent rain expected throughout the match. Temperatures will be in the high-50s Fahrenheit, with winds blowing at 16 miles per hour.

The Netherlands are the final team in the eight-team top tier of championship contenders, listed at +1200 to win it all with the next-closest team behind them (Denmark) listed at +5000. And while the Dutch will almost certainly take the opportunity to rest some of their most important players Monday, they also know that a big win sends a statement to the rest of the contenders.

North Macedonia, on the other hand, have nothing left to savor but the chance to give their younger players an opportunity to experience 90-plus minutes on one of the biggest stages in their sport. Only a handful of North Macedonian players participate in any of the four major European domestic leagues, with defender Gjanni Alioski of Leeds the most notable of the bunch.

This game presents a significant talent mismatch no matter how the starting XIs look, and with the Netherlands looking to silence any existing doubters, possession should be ridiculously one-sided. Those tempted to play the Draw (what if the home team really takes the foot off the gas?) should consider that Holland is playing its first international event in seven years.

Missing the 2016 European Championship and the 2018 World Cup has made the Netherlands hungry to get back to their winning ways, and they should do so with ease here.

With the outcome likely not in doubt, the only question is... by how many goals should the home team prevail Monday? The Dutch have opened with five goals through two games and should fire plenty of soccer balls at the North Macedonia goal, looking to capitalize on a Euro debutante that has surrendered five goals over two tournament defeats.

North Macedonia's decision to get their less inexperienced players some action could lead to struggles and mistakes from the visitors — and with the Netherlands already expected to dominate the possession numbers, we could see upwards of 20 shot attempts from the home team even with a lineup consisting mostly of backups.

The statement here isn't just in picking up the three points, it's in taking advantage of an inferior opponent and earning a one-sided victory. Holland should do enough on the attack to send this game above the total. 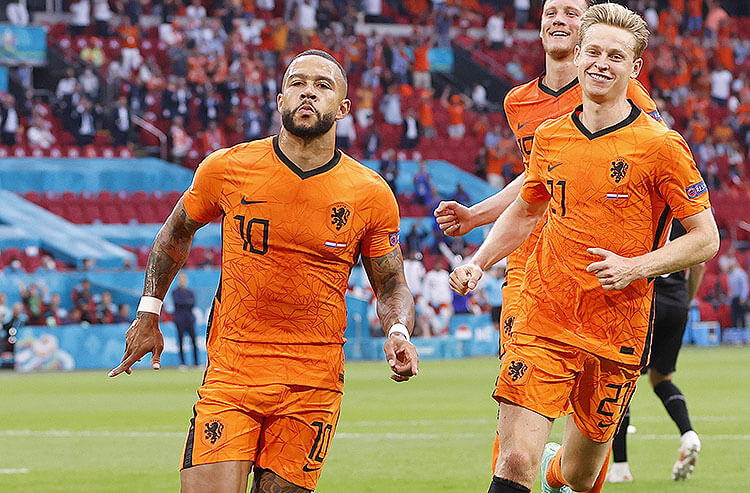