Canada and the USA will play again in CONCACAF World Cup Qualifying, with the hosts a point up on the USMNT with five games to go. Canada frustrated the U.S. in a 1-1 draw in the first clash, and our soccer betting picks expect a similar outcome tonight. 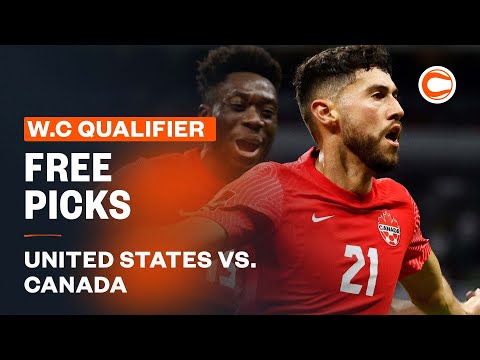 With five games remaining in CONCACAF World Cup Qualifying, all eyes will be on Hamilton tonight as the USA and Canada meet for the second and final time.

It's a meeting with massive implications on the road to Qatar 2022. Canada remain on top of qualifying with 19 points, undefeated through a nine-game schedule that's included two meetings with Mexico and a road game vs. the USMNT. That same U.S. squad is right on Canada's heels, sitting on 18 points and just a lone defeat, at the hands of Panama.

Ahead of one of the biggest games in both countries' qualification campaigns, here are our free soccer betting picks and predictions for Canada vs. USA, with kickoff on January 30.

While there's only a 25% chance of snow showers tonight, Canada and the USMNT will face bitterly cold conditions as temperatures at kickoff are expected to be around 20 degrees Fahrenheit.

For the third time in half a year, Canada and the USMNT will meet in a competitive fixture and so far, there has been very little to separate the two.

The first was in the final game of the Gold Cup group stage in July, with the winner set to take the group. The USA won 1-0 with a first-minute goal proving the difference. That game, however, saw Canada carry proceedings throughout. They had a considerable edge in possession (55% to 45%) and shots (14-6), creating 0.65 expected goals to the U.S.'s 0.92. There are caveats to this one, with Gold Cup rosters predominantly made up of domestic players, and Canada's depth tested even further as they played the tournament without Alphonso Davies or any of their first four-choice strikers.

The second meeting came in qualifying just a few weeks later, with Canada and the USA meeting in Nashville. A more full-strength Canada squad set up to defend deep, concede possession, and use rapid outlets in Davies and Tajon Buchanan to punish on the break and it worked beautifully.

The States dominated possession, 71% to 29%, but Canada's shape left that possession hollow as only a quarter of their total passes went forward. It finished 1-1, with the USA creating 1.66 xG to Canada's 1.52, and the visitors thrilled with the result while the hosts were left hugely frustrated.

Tonight, we will likely see a fairly similar game plan to the one that led Canada to a 2-0 win in Honduras on Thursday. A strong defensive shape, pressing off the ball, and the typical Canada counter-attack with direct, vertical runs.

We should also see a repeat of the U.S.'s performances from throughout qualifying, with plenty of possession and chance creation but a lack of cutting edge. That was evident in Columbus on Thursday, as they created 2.98 xG against El Salvador but scraped by in a 1-0 win. That their 2.98 xG came on 17 shots, and 0.7 xG was produced from one shot, speaks to the low-quality chances they created.

Across the nine qualifying games and in the two recent meetings between Canada and the USA, there have been the finest margins separating the two. That has included a game in which the USMNT were allowed to control possession but ultimately created very little while Canada did what they do best and were shot out of a cannon when the chance to break presented itself.

We're expecting something similar tonight, with an empty carbs USMNT coming up to Hamilton and being forced to try and break Canada down, with the hosts eager to devastate at a moment's notice. And so, the deadlock between these two rivals will extend.

We went Under the 2.5 total in Columbus on Thursday, with harsh conditions making free-flowing, expansive soccer a little bit harder to come by. So, it should be no surprise we're headed back there in Hamilton tonight.

In Canada and the USA, we have the two best defensive teams in qualifying. Both have allowed a CONCACAF-low five goals in nine games, with neither conceding more than once in any game, posting four clean sheets along the way.

While the USMNT are rightfully expected to carry play and dominate possession, we've seen time and time again — including against considerably inferior opponents — that doesn't exactly lead to a high number of goals or high-quality chances. They could repeat their 70% possession from the first meeting and be shut out.

Canada, meanwhile, are going to happily concede the ball and play in their own half and defensive third, with an eye towards launching counters when that moment strikes. With the quality they have going forward, they'll have a great chance at converting at least one of those opportunities. However, in the three most recent instances of Canada setting up this way, they scored once in Nashville, once in Mexico City, and twice in Honduras on Thursday.

The last two games between these two teams have finished 1-0 and 1-1. Count on another low-scoring meeting between the USMNT and Canada, and take the Under.

The hallmarks of both Canada and the USMNT up to this point in qualifying are slow starts. Part of that is the nature of international soccer, with a team coming together on short notice and trying to mesh on the fly. Part of that is a large portion of the CONCACAF qualifying pool, with many teams content to sit back and defend, which often takes time for the superior opponent to break them down.

For Canada, this can also be attributed to their style of play, which relies heavily on rapid, vertical attacks that are the product of countering. It can mean quality chances are dependent on the opposition pushing higher up — something that would typically happen later in games. Of Canada's 15 goals in qualifying, nine have come in the second half of games while two of six first half goals were own goals, and another two coming after they conceded first and then pushed higher up the field.

The USMNT have been slow starters throughout qualifying, often playing a sloppy first 45 minutes, much to the chagrin of their supporters. Of the United States' 13 goals in qualifying, 11 have come in the second half of games, with one of their two first half goals coming in a game in which they went down 1-0 in the first minute and thus played with greater urgency.

In the first meeting between these two, in September, it finished as a 1-1 draw with, you guessed it, both goals coming in the second half. Between the importance of this game for both teams, the bitterly cold conditions they'll be facing, and the quick turnaround from their previous games, it wouldn't be surprising to see both come out cautiously — especially within the context of their respective qualifying campaigns so far. 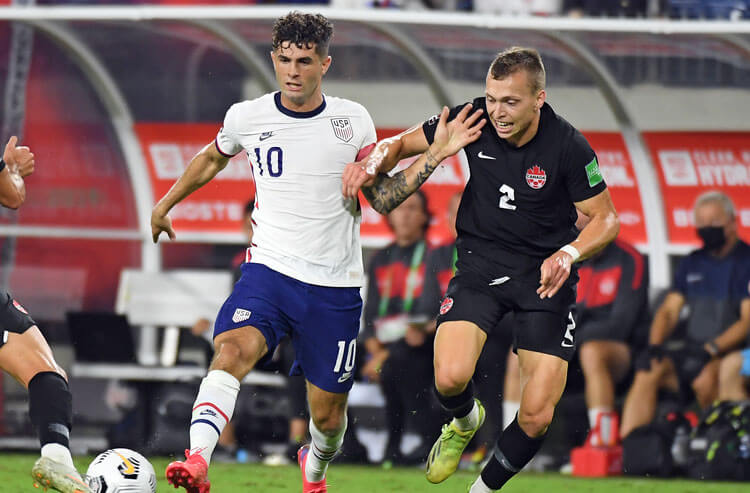