Despite a couple of down years, Mackenzie Hughes is back and already has a win under his belt to start the new season. With good vibes from a T4 finish here a year ago and even better form, all signs point to another strong week for the Canadian in Japan.

The PGA Tour makes its annual return to Japan for this week's ZOZO Championship odds at Accordia Golf Narashino Country Club in Inzai.

Tom Kim will be the main attraction after capturing the second victory of his young career at last week's Shriners Children's Open, but this week's betting card will feature a couple of course horses looking to maintain some momentum during the Fall slate, including recent Tour winner Mackenzie Hughes.

I break it all down in our best ZOZO Championship picks and predictions below.

bet365 has Fleetwood listed as a -125 favorite despite him finishing T39 in a field of nobodies (Jon Rahm notwithstanding) in Spain last week while losing strokes on approach and with his putter.

Bradley, on the other hand, got his season rolling with a Top-5 finish at Sanderson Farms and has strong history at this venue, with T7 and T13 finishes in two tries here at Accordia Golf Narashino CC and a co-course-record 63 back in 2019 to boot.

Fleetwood hasn't played great golf since back-to-back T4s at the Scottish Open and Open Championship back in July. Bradley is playing great golf right now and has the better track record here in Japan.

I picked NeSmith to finish inside the Top 20 at last week's Shriners and he more than delivered with a runner-up finish behind Tom Kim. That came just a week after his T9 at Sanderson Farms; he's playing damn good golf and it only makes sense to go back to him, but with less value on a Top-20 play, we're looking at his matchup with J.J. Spaun.

These two guys only have one career start at the ZOZO between them — a T48 finish for NeSmith last year — so with a mostly clean slate, this play becomes about what NeSmith looks to be turning into vs. what Spaun has proven to be over the past year.

Despite winning the Valero last year, Spaun simply hasn't been able to turn himself into a consistent performer; his good or decent finishes last year were too often followed up with poor ones or missed cuts and I don't see how that should change.

Despite finishing T15 with a hot putter at the Shriners, his ball-striking doesn't come close to what NeSmith has been giving us the past two weeks. This line should be considerably longer.

Mackenzie Hughes was once a hot Canadian prospect that placed inside the Top 15 in each of the three FedEx Cup Playoff events on his road to East Lake in 2020, but he hasn't been back since and went through a bit of a lull in 2022, with only a handful of notable finishes in an otherwise forgettable season.

However, he's very much put that behind him. He started the new season with a T25 at the Fortinet but ended a six-year winning drought with a victory at the Sanderson Farms two weeks ago. He combined a vintage putting performance (+0.92 strokes gained) with an even better ball-striking week, gaining +1.34 strokes on approach (sixth) and +2.05 from tee-to-green (third).

Oh, and one of his rare good finishes last year just happened to be a T4 here at the ZOZO. Back in good form, another good result looks to be in order.

Like Hughes, Matt Wallace also finished fourth at last year's ZOZO and enters playing some more decent golf during the Tour's Fall slate: T21 at the Fortinet and T28 at the Shriners.

This is a bit more of a flier given his inconsistencies as a ball-striker but he's a dominant force on and around the greens, gaining strokes with his putter in 11 of his last 15 worldwide starts in addition to gaining more than a shot on the field around the greens in both the Fortinet and Shriners to start the year.

If he has even an average ball-striking week relative to the field, his putting and scrambling prowess should do the heavy lifting needed to get back into the mix in Japan. 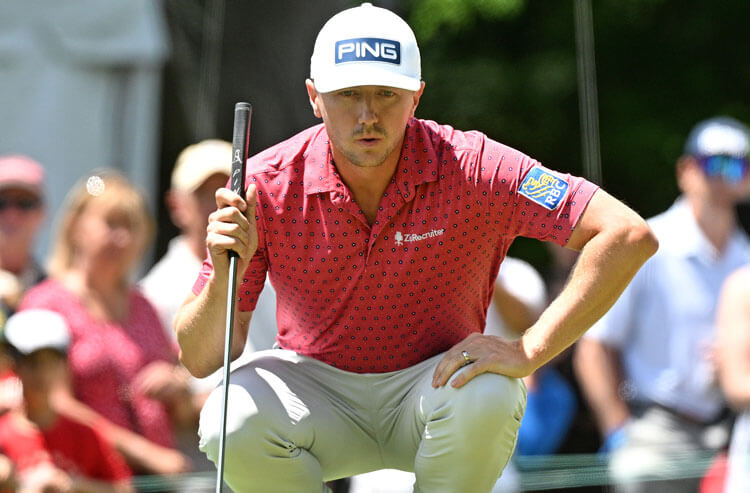