With limited course history at TPC Potomac — having not been a PGA Tour host since 2018 — our Wells Fargo Championship picks and predictions break down the keys to success this week and point you in the right direction amidst this thin field. 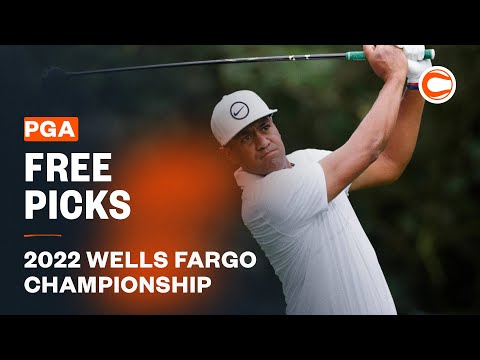 The Wells Fargo Championship odds kick off this week as the PGA Tour heads to historic TPC Potomac at Avenel Farm in Potomac, Maryland. The usual host site, Quail Hollow, is setting up to host the Presidents Cup later this year, so Avenel Farm is back in the rotation after hosting its last PGA Tour events in 2017 and 2018 for the Quicken Loans National.

This course saw a major renovation in 2015 from Pete Dye and Tom Fazio. It’s a Par 70 at 7,160 yards that features twists and turns through the trees, winding creeks and streams, undulating terrain, and Scottish-style bunkering.

It played as the fourth-most difficult course on Tour in 2017 (excluding majors) when it was firm and fast, but this year is projected to look more like 2018’s edition as rain is on the way. Wind and rain are going to play a deciding factor this week, so be sure to check the weather late on Wednesday before locking in any pre-tournament bets — including our lineup of outright predictions.

If you're signing up for a new sportsbook for the Wells Fargo Championship, here are two of the best bonuses* available:

With the limited sample size post renovation of only two years, we don’t have overwhelming conviction about the course fit like we normally would. However, just taking a look at the three players that hold the course record here from 2018 can give us a clue. Kevin Streelman, Francesco Molinari, and Abe Ancer all hold the record at 62. J.J. Spaun and Andrew Landry both shot rounds of 63 that same year. These five players all have very similar skill sets.

Playing from the narrow fairways will be crucial this week. The rough was among the most penal on Tour for the Quicken Loans National, and these small greens are tough to hold from the rough. This course also gives players a lot of opportunities to hit approach shots longer than 175 yards. But the Par 5s and a driveable Par 4 will put a wedge in hand for most of the field as well. It all comes down to hitting fairways, hitting more greens than the field from long and short-range, getting up and down when you miss, and putting well on these Bentgrass greens that can roll 12 or 13 on the stimp.

We’ve been right in fading Abe Ancer all of 2022, and he’s giving us no reason to stop now. Abe is so juiced in the books for some reason, and we were tempted to take all of his plus money matchups here, but we’ll go with the Keegan line on BetMGM.

Abe has not been the same player this season as he was last year. He’s not hitting the ball well and he’s constantly overpriced everywhere. On the flip side, we love Keegan for TPC Potomac. The Quicken Loans event held here in 2017 and 2018 saw two terrible putters win…enter Keegan Bradley (fifth here in 2017). His ball-striking, around the green play, and overall form have been tremendous this season with three Top 11s in his last four starts. Operation “Fade Abe” is in full swing until he shows us otherwise.

Speaking of “Team No Putt”, enter the in-form ball-striker, Gary Woodland. He’s logged three finishes of T8 or better since the Florida swing, and his ball-striking was on full display last week in Mexico. Now, he gets to putt on his best putting surface with the fast, Bentgrass greens at TPC Potomac. Gary plays tough courses well, ranks second in this field in bogey avoidance, and third in strokes gained approach over his last 24 rounds.

Hatton comes in with horrible form off the tee. He’s a notorious sprayer of the ball off the tee, and that is not good for TPC Potomac. His irons are good, but not as sharp as Gary’s. Plus, he’s 73rd in the field in bogey avoidance over the last 24 rounds. We’ll trust the ball striking of Gary over the putting of Hatton on a surface that tends to somewhat neutralize good and bad putters.

Battle of the ball strikers here with this matchup as the Tour rookie looks to add to his hot rookie season with his first win. Cam Young has been extremely impressive this season with two runner-ups, a third at the RBC Heritage his last time out (another course where finding fairways is paramount), and another five Top-30 finishes so far. He’s number one in the field in strokes gained off the tee. He also grew up as the son of possibly the most coveted Head Pro job in the Northeast in Sleepy Hollow. Being comfortable on northeastern-style Bentgrass putting surfaces should help him on the greens.

This will only be Sergio’s fifth event in 2022 and he’s been lackluster with his irons as well as around the greens. We’ll take the underdog young gun looking to stay hot and hungry for his first victory.

After hitting both Top-20 bets last week, we’re feeling extra frisky for the Wells Fargo and going deep with the picks.

Sepp Straka is one of the hottest golfers in this field over the last couple of months with a win and two other Top 10s in his last five starts. The big-hitting Austrian showed he can dial it back off the tee nicely on his way to a T3 finish a few weeks ago at the RBC Heritage, and he’ll do some of the same this week. He’s checking all the boxes in terms of ball striking, around the green play, off the tee, and the putter’s been hot as well. This number is just way too long for a guy playing this well. Jump on it before it shortens.

We nailed Matt Nesmith a few weeks ago for a Top 20 at +550 for the RBC Heritage as he cruised to a T12 finish. Matt nearly found himself in a playoff just a couple of weeks prior to that at the Valspar when he finished third to Davis Riley and Sam Burns.

He’s a young ball-striker hungry for his first win after being in contention for the first time late on a Sunday at the Valspar. He’s been one of the best and most consistent iron players all season. Like a handful of guys, NeSmith is just needing one good week with the putter and he’s going to be in the hunt again.

TPC Potomac at Avenel Farm puts a premium on being in the fairway and hitting your irons well all the way through the bag. Assuming that stays true this week, NeSmith should have no problem with a Top 20 but could find himself in the conversation to win come Sunday afternoon. 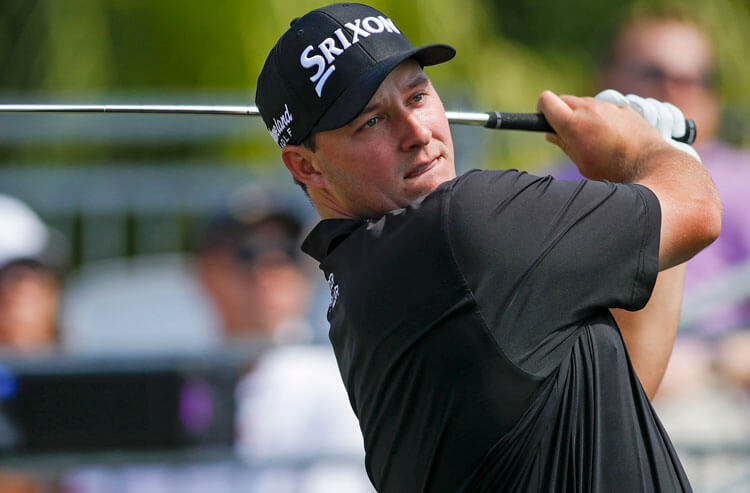