Highlighting our betting card for this week's Travelers Championship is a juicy head-to-head matchup between the two best golfers in the world and a Top-10 play on an Irishman primed for contention — read more below.

It’s the week after a major but the field this week remains strong.

Rory, JT, Scottie, Burns, Brooks, and more highlight the Travelers Championship odds board and will make the short trip from Boston to Connecticut, creating a lot of good betting value lower down on the board.

So, let’s tune out all the swirling LIV news for a while and dig into our best Travelers Championship bets from the top finishers and head-to-head matchups markets.

If you're signing up for a new sportsbook for the Travelers Championship, here are two of the best bonuses* available:

TPC River Highlands is a short course coming in at 6,841 yards over a Par 70 layout with scorable Par 5s and two reachable Par 4s.

There are actually 10 Par 4s on the course that play under 450 yards. Finding fairways is most important here with River Highlands ranking amongst the most penal courses on Tour when playing from the rough.

We’ll also weigh recent form and the potential fatigue factor this week with many in the field running on fumes following two national opens.

Either of these two could bring their B-game and manage to win, but we’re betting on the momentum for Scottie. The Masters winner had opportunities to separate at the U.S. Open but made uncharacteristic errors.

Scottie’s got to have a chip on his shoulder, while Rory rode another emotional roller coaster and ultimately couldn’t hang with the young guns.

We like this narrative and even the money enough to overlook the numbers. Rory has been better on approach, short game, driving, putting and every other relevant stat over the last 12 rounds. We just think he’s spent.

We like the steady course history for Todd at Travelers vs. the alternating missed cuts for Si Woo. Todd has also been much better on 400-450 Par 4s over the last 36 rounds and is coming off finishes of third at the Schwab, 13th at the Canadian Open, and then a week to rest during the U.S. Open.

Si Woo was busy getting owned by The Country Club last weekend. He’s also been on a streak of bad putting since mid-April. Todd not only gained 5+ strokes with his putter in each of his last two starts, but he also has an approach game that is trending upward.

Brooks will be here to practice for Pumpkin Ridge and give one last middle finger to a regular PGA Tour stop before he departs for LIV. Aside from the narrative, Brooks just hasn’t been very good at golf. He’s lost strokes around the greens in four straight events and his approach game is inconsistent week to week.

Finau missed the cut at the U.S. Open but we love the accuracy off the tee and also that he had gained multiple shots on approach and putting in five of his last six starts prior to Brookline.  Tony also trumps Brooks in recent Par-5 scoring, scrambling, fairways gained, and greens in regulation.

In 2022, Mito ranks first in this field for scoring on Par 4s between 400 and 450 yards, and there are eight of those on this course. We also love the accuracy off the tee for Mito as he hasn’t lost strokes driving since the Genesis in February. In fact, he’s first vs. the field in good drives gained and fifth in fairways gained over the last 24 rounds according to Fantasy National.

Mito also has been hot with his irons for a while now and has been doing great work around the greens too. His putting? It sucks, but it shouldn’t keep him out of the Top 20.

Steele’s irons are en Fuego. He gained nine strokes on approach when he finished ninth at the PGA and five strokes finishing 10th at the Memorial.

Steele missed the cut at Travelers last year, but in 2020 he finished sixth here on the strength of his putter. The flat stick is typically a weakness for Brendan, however, he gained nine shots on the greens that year. Putting comfort plus dialed-in approach play plus gaining off the tee in 10 consecutive starts is a recipe for success.

Seamus is heating up again. He has Top 20s in three of his last four starts, including ninth and 12th vs. elite fields at the PGA and the U.S. Open. He’s getting it done with solid approach play and good driving.

It’s also good to see that Power is seventh in Par-4 scoring over the last 50 rounds and eighth in the key range of 400-450 yard Par 4s. Plus, he is Top 10 in recent bogey avoidance, ranks middle of the pack in scoring opportunities gained, and is 14th in total short game vs. the field. He may not make enough birdies to win, but he should be in the mix this week. 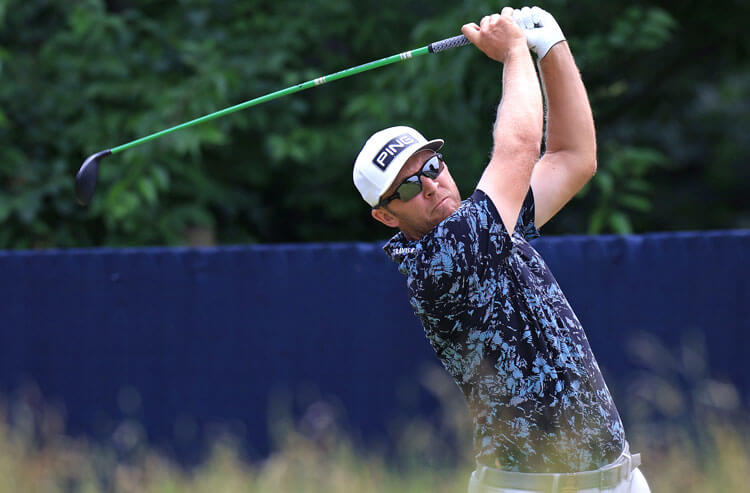