PGA Tour Championship Live Odds: Follow Along With the Final Event of the FedExCup Playoffs

Patrick Cantlay got a head start on the field at the PGA Tour Championship, beginning at -10. Despite the stroke advantage, he wasn't the betting favorite to win — find out who that was, and who the current fave is, in our live Tour Championship odds.

After a thrilling finish to last weekend's BMW Championship, PGA Tour betting reaches its climax with the Tour Championship.

Patrick Cantlay leads the FedExCup standings in points, meaning he started the event with a head start on the rest of the field — but he wasn't the pre-tournament favorite to claim the massive $15 million top prize.

Find out who that was, and look at who the current favorite is with our live Tour Championship odds for the final leg of the FedExCup playoffs, teeing off from September 2-5, 2021 at East Lake Golf Club.

Patrick Cantlay, by way of being the FedExCup points leader, starts the Tour Championship in first at -10 — but he's not the betting favorite to win.

That honor belongs to Official World Golf Rankings No. 1 player Jon Rahm (+650). Rahm is currently fourth in the points standings, meaning he starts four strokes behind Cantlay at -6, but he has posted a T9 or better in five of his last six events (including T3 at The Open Championship and a U.S. Open victory) — and the one outlier was a Covid-forced withdrawal from the Memorial... when he was leading after three rounds.

Coming off a fourth-place finish at the BMW Championship, Rory McIlroy is second on the odds board at +1,000. McIlroy has as many fourth-place results (two) as finishes outside the Top 40 over his last five events but he is a two-time FedExCup Champion (2016 and 2019), although it's asking a lot for McIlroy to overcome an eight-stroke deficit from the start.

Bryson DeChambeau (+1,200) is tied for third on the odds board, after a painful second-place at the BMW Championship. He had multiple chances to seal a win at Caves Valley but was unable to convert via some gut-wrenching missed putts and ultimately lost to Cantlay on the sixth playoff hole. However, oddsmakers like his chances of a rebound, especially as he starts third in the field with a -7 opening score.

Also third at +1,200 is Xander Schauffele, who like McIlroy has a tall task starting at -2. Schauffele claimed gold at the Tokyo Olympics but he's finished outside the Top 15 in each of his last four PGA Tour events, including a T16 at THE NORTHERN TRUST and a T49 at the BMW Championship.

Speaking of Cantlay, he's really not getting much respect, eh? Starting 10 strokes ahead of the bottom of the field, and at least two strokes ahead of everybody else, Cantlay does have a slight leg up as he comes into this event with a T15 or better in five of his last seven events — but he's only fifth on the odds board at +1,400... and tied with Dustin Johnson (starting -3) and Justin Thomas (starting -4).

Where is the 2021 PGA Tour Championship played?

The PGA TOUR Championship is played at East Lake Golf Club in Atlanta, Georgia. Originally designed by Tom Bendelow and opened in 1904, and re-worked by Donald Ross in 1994, East Lake is a 7,319-yard par-70 course that was once the home course of legend Bobby Jones and has been the permanent home of the Tour Championship since 2005.

Who won the PGA Tour Championship in 2020?

Dustin Johnson won the PGA TOUR Championship in 2020, shooting 21-under to finish three strokes ahead of runners-up Xander Schauffele and Justin Thomas.

What is the PGA Tour Championship payout in 2021?

With PGA betting growing in popularity most online sportsbooks and casinos will offer golf odds for the BMW Championship. Check out the best sportsbooks available where you live and see what PGA Tour odds they have available. 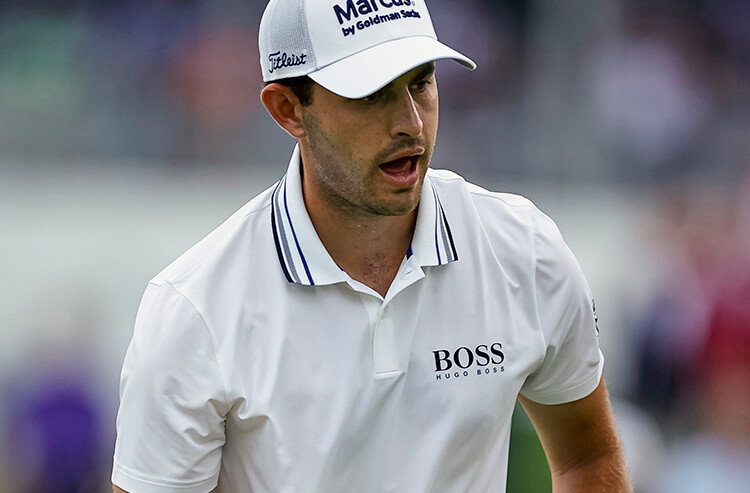 PGA Tour Championship Live Odds: Follow Along With the Final Event of the FedExCup Playoffs
Provided by