We can't pass on having a stake in Collin Morikawa this tournament, while Hideki Matsuyama's price is too good to pass up. Find out all of our favorite golf bets for the FedEx Cup Playoffs at Liberty National in our Northern Trust picks and predictions.

The first round of the FedEx Cup Playoffs is here as the Top 125 golfers from this season converge on Liberty National Golf Course to compete in the Northern Trust and begin their quest for the largest prize on the PGA Tour.

World No. 1 John Rahm is unsurprisingly the +800 favorite to win the first leg of the playoffs while FedEx Cup points leader Colin Morikawa isn’t far behind him at +1,600, but where is the value farther down the betting board?

We give our golf picks, predictions, and best bets for the Northern Trust, which runs from August 19-22.

Liberty National Golf Course hosted the Norther Trust back in 2019, an event won by Patrick Reed. It also held the same tournament in 2009 and 2013, as well as the 2017 President’s Cup.

The bent-grass par-71 course features a picturesque view of the Manhattan skyline while running 7,370 yards. The greens average about 4,650 square feet, which is slightly below average for the PGA Tour, meaning this certainly constitutes a second-shot golf course.

Liberty National also isn’t overly long, so to combat that, players will have to deal with the 98 sand traps and the 13 water hazards on the course. This means other key stats to look at should be Greens in Regulation, driving accuracy, and strokes gained: tee-to-green.

Who will win The Northern Trust? Here are our best picks:

This may seem like a bit of a square play, but I just can’t have some sort of stake in Morikawa in this tournament.

He enters as the points leader, although that might not matter much because the FedEx Cup points get quadrupled in the playoffs. That said, Morikawa’s iron play is at another level. He leads the PGA in SG: approach and SG: tee-to-green and the difference between him and Casey, who ranks second in SG: approach, is the same as the difference between Casey and the player who ranks 37th.

Morikawa has used that elite ball-striking to great effect, racking up eight Top-10 finishes, including wins at The Open Championship and the WGC-Workday Championship. Morikawa’s iron play puts him in contention week-in and week-out and if he can get the flat stick going this week, watch out.

There may be a pattern here. With strong iron-play in his own right, Ancer has a game very similar to Morikawa and finally broke through with his first win on the PGA Tour at the WGC-St. Jude after six other Top-10 finishes this season.

Not only does Ancer rank 27th in SG: approach and 26th in SG: tee-to-green this season, he has a great history at Liberty National as well. Ancer was the runner-up when this tournament was played here back in 2019 and leads the field in true strokes gained on this course.

This field is loaded, no doubt. And you are seeing some excellent golfers at numbers you aren’t usually used to. Stars like Brooks Koepka and Justin Thomas are +2,200 and +2,500, respectively, so guys in that range are going to be popular this week. But one golfer that really stands on the odds board is Hideki Matsuyama at +4,000.

The defending Masters champion is coming off a missed cut at last week’s Wyndham Championship, but that was due to some uncharacteristically poor putting and not his iron play, and he still just missed out on the weekend by one stroke.

Matsuyama ranks seventh in SG: approach and 11th in SG: tee-to-green on Tour this season and prior to the missed cut he had a T4 at the Olympics and a T2 at WGC-St. Jude. Simply put, he is hitting it very well right now, and +4,000 is a price too good to pass up.

English comes into this tournament playing very well. He has three Top-5 finishes in his last four starts, including his second win of the season, and ranks fourth in the FedEx Cup standings as a result. But it could be a real Englishman that has the edge in this matchup.

Casey is playing arguably as well as English, with four Top-7 finishes in his last six starts and a T15 in the Open Championship. He also has a big edge over English when it comes to ball striking. Scheffler ranks 77th on Tour when it comes to SG: approach, while the only player who ranks higher than Casey in that category is Morikawa.

Cantlay has been striking the ball well since the PGA Championship back in May. He has five Top-25 finishes since then, which includes a win at the Memorial, and he ranks third in SG: tee-to-green. Cantlay also recorded a T12 at this tournament back in 2019 and ranks eighth in true strokes gained among the field at Liberty National this week.

Scheffler hasn’t been too shabby in his own right, notching a Top-15 finish in four of his last five starts including a T7 at the U.S. Open and a T8 at the Open Championship. But he's at a disadvantage when it comes to iron play, ranking 91st in SG: approach this season.

Berger looks like he will be a major champion someday but walking away with the FedEx Cup and the big payday that goes along with it wouldn’t be a bad consolation prize. And he certainly has the form to be near the top of the leaderboard come Sunday.

Berger has made the cut in 18 of his 20 events played this season, resulting in eight Top-10 finishes, including three in his last four starts — two of those were at the U.S. Open and the Open Championship. He ranks sixth in SG: approach, 19th in SG: tee-to-green, and 30th in SG: putting.

To make the cut parlays are one of my favorite bets to make in golf tournaments and since this is the final event this season featuring a cut, we can't say no. This time around we are backing some of the best ball strikers in the Northern Trust: Matsuyama, Casey, Berger, Cantlay, and Tyrrell Hatton all make the list. 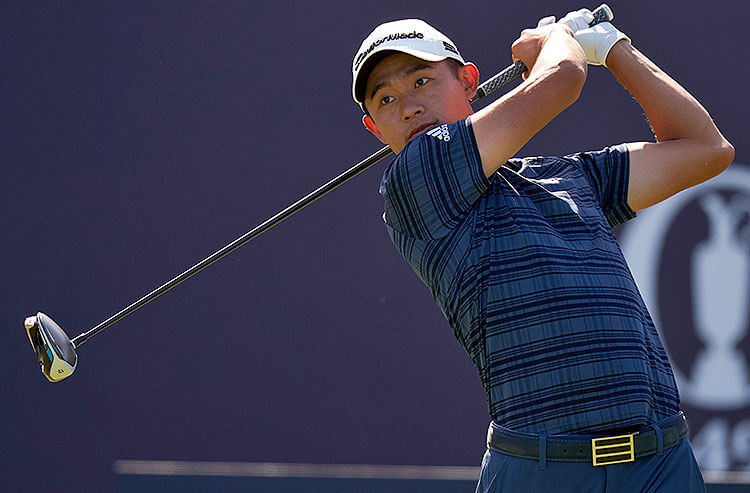