Following Rahm's epic comeback victory at Kapalua over the weekend, a much lighter field will be hanging around in Hawaii for this week's Sony Open. The field is headlined by Tom Kim and defending champion Hideki Matsuyama — check out the live odds below.

The PGA Tour's trip to Hawaii moves into its second week after a wild come-from-behind victory from Jon Rahm at Kapalua over the weekend.

This week, a much lighter field heads to one of the Tour's longest-tenured host venues — Waialae Country Club in Honolulu — for the Sony Open in Hawaii.

Defending champion Hideki Matsuyama is in the field, but the odds board is topped by two Korean stars in Tom Kim and Sungjae Im.

We break it all down in our full Sony Open in Hawaii odds below.

Favorites to win the 2023 Sony Open in Hawaii

The Korean youngster has broken out in a big way over the last six months and now makes his debut here at the Sony as a deserving solo favorite.

Since the start of August, the PGA Tour Rookie of the Year finalist has won twice (Wyndham, Shriners), finished outside the Top 25 just once in 10 starts (including T5 at Sentry TOC last week), and provided some headlining dramatics at the Presidents Cup.

All eyes will be on Kim this week, but it wouldn't be unlike him to deliver once more.

Speaking of Rookie of the Year finalists, Sungjae Im was the first Korean to be named a finalist and win the award back in 2019.

Sungjae remains a force on Tour and so often shines in these lighter fields, with his two career wins coming at the Wyndham (2021) and Honda Classic (2020).

Coming off a T13 a Kapalua last week, Im has finished inside the Top 15 in eight of his last 10 starts and will surely be a threat again this week.

While the Golden Child may not be at the peak of his powers at the moment, he's closer than you think.

He finished T13 last week but was very much in contention after rounds of 67 and 66 the first two days. His 71-69 weekend wasn't good enough to keep up with the leaders but there were signs of good play for the three-time major champion.

He'll be teeing it up at the Sony for the fifth time in his career, but just his first since 2019, with his best finish being a solo third back in 2017.

Notable longshots for the 2023 Sony Open in Hawaii

More of a longshot by name than a longshot by odds, but Tom Hoge continues to show he can compete among the top dogs when the time is right.

He's coming up on a year since his first Tour win at Pebble Beach but continues to stack up some solid results. He's fresh off a T3 at Kapalua, which marks his fifth finish of T13 or better in his last seven starts.

Can he parlay last week's encouraging performance into something bigger this week?

Another guy looking to take advantage of last week's play is J.J. Spaun.

His track record here is poor, with four missed cuts in five career tries, but he's in line to put some of that to bed with a good result this week. 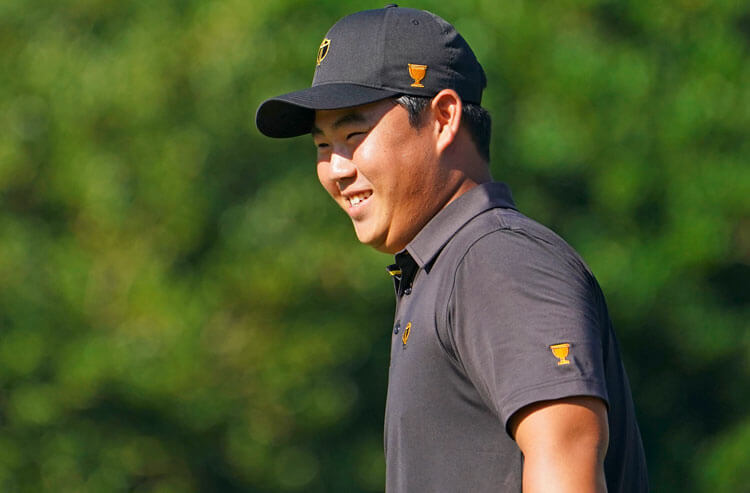