Despite still being a thin field, a handful of notables — including Patrick Cantlay, Tony Finau, and Will Zalatoris — are returning for this week's Rocket Mortgage Classic. Check out the live odds below as the event unfolds over the weekend.

The PGA Tour's next stop in its leadup to the FedEx Cup Playoffs is the Rocket Mortgage Classic at Detroit Golf Club in Detroit, Michigan.

The field is generally on the lighter side, with only a handful of notables atop the board. However, the importance of this week can't be overstated as mid-to-lower tier Tour members fight for critical FedEx Cup points.

Check out the full Rocket Mortgage Classic odds board below. You can also read out outright predictions as well as Tour Junkies' full lineup of matchup and top finisher best bets.

If you're signing up for a new sportsbook for the Rocket Mortgage Classic, here are two of the best bonuses* available:

A) Patrick Cantlay to finish inside the Top 10 BOOSTED to +250 at Betway! Claim Now

B) Si-Woo Kim, Gary Woodland, and Cam Davis all to make the cut BOOSTED to +185 at Caesars! Claim Now

Notes on the field

As mentioned, this field falls on the lighter side, with only one Official World Golf Ranking Top-10 player in Patrick Cantlay in the field. However, there are a handful of notables deserving of mention: Tony Finau, Will Zalatoris, Cameron Young, and Max Homa. Defending champion Cameron Davis is also in the field, listed at +3,300.

Patty Ice may not be the most interesting golfer on Tour, but his results speak for themselves.

Since a missed cut at the Southern Hills PGA Championship, Cantlay has posted five straight finishes of T14 or better. Included in that run are both the U.S. Open (T14) and Open Championship (T8) as well as two Top-5 finishes at the Memorial and Scottish Open.

The World No. 4 ranks fourth in birdie average, eighth in scoring average, and ninth on the PGA Tour money list at just a shade under $6 million.

Fresh off a victory at last weekend's 3M Open in Minnesota, Tony Finau will be looking to go back-to-back.

That victory moved him up to 17th on the FedEx Cup points list and was his first win going back to last year's NORTHERN TRUST last fall.

Statistically, Finau's game checks out, ranking seventh from tee to green and eighth in greens in regulation. Could he notch a second win in Detroit?

Somehow, someway, a victory has still eluded Will Zalatoris. His results — particularly in the major championships — are matched by only a few in 2022.

He's made 14 worldwide starts this year, seven of which resulted in finishes of T6 or better. Three of those seven finishes were runner-ups, two of which came at majors. His game is there and it's only a matter of time before the youngster gets the monkey off his back.

While not at the level of a Will Zalatoris or Cameron Young, Mav McNealy is someone who — like those two — should probably have a win on Tour by now.

He's posted two Top 10s and another Top 20 across his last four starts and should climb back into contention given this week's lighter field. Keep your eyes peeled on Mav.

For those who may not know him, the Argentinian has been a PGA Tour mainstay since 2015, the season in which he captured his lone Tour victory at the Frys.com Open, beating out the likes of Kevin Na, Justin Thomas, Justin Rose, and more.

Seven years later, he's playing some really good golf, finishing runner-up in two of his last three starts — the John Deere Classic and 3M Open. 66/1 for a guy with that form? Yes, please.

Patrick Cantlay is entering the week as a +1,000 solo betting favorite to win the 2022 Rocket Mortgage Classic. Tony Finau and Will Zalatoris are close behind with 15/1 odds or better.

Cameron Davis won the Rocket Mortgage Classic in 2021, besting Troy Merritt and Joaquin Niemann in a five-hole playoff. Davis is available at +3,300 to defend his title this week.

The 2022 Rocket Mortgage Classic will be played from Thursday, July 28 through Sunday, July 31 at Detroit Golf Club in Detroit, Michigan. The course is a Par 72 that plays 7,370 yards long. 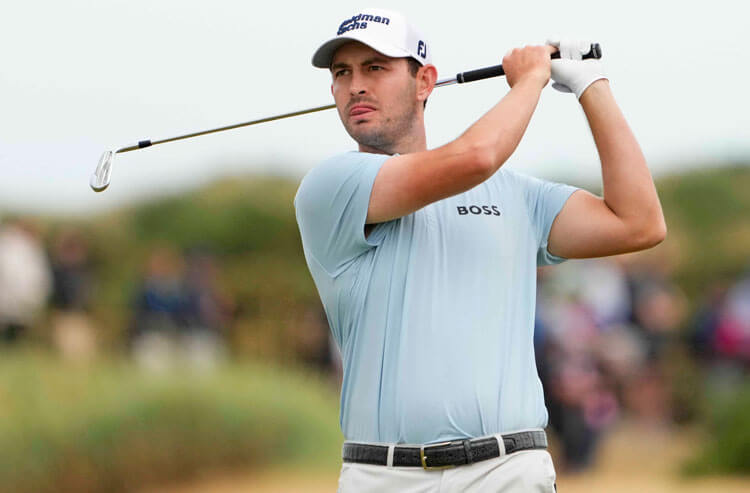