Topping the odds board for this week's QBE Shootout in Naples, Florida is the pairing of Billy Horschel and 2014 champion Jason Day. Three-time winners Harris English and Matt Kuchar are also in the mix — we break it all down in our full odds below.

The PGA Tour puts its regularly-scheduled programming on pause for a week of oddly-formatted fun at the QBE Shootout.

Taking place at Tiburon Golf Club in Naples, Florida, the event sees 12 pairs compete over 54 holes (starting Friday) with scramble, modified alternate shot, and a final-round four-ball all mixed into the format. The event also includes two LPGA superstars in World No. 2 Nelly Korda and No. 7 Lexi Thompson.

We break down the pairings, favorites, and more in our full QBE Shootout odds below.

Favorites to win the 2022 QBE Shootout

Despite playing with different partners, both of these guys finished inside the Top 3 a year ago. Horschel finished solo second with Sam Burns while Day finished T3 alongside fellow Australian Marc Leishman — Day also won this event back in 2014 with Cameron Tringale.

He's finished inside the Top 25 in three of four tries this season while Horschel has recorded three Top 10s and a T13 in his last five worldwide starts. As such, the pairing finds itself atop the board this week as a +450 favorite.

Combining a couple of solid Tour pros can never be a bad thing in a field this small and weak... that's what you're getting with Tom Hoge and Sahith Theegala — who are both making their debuts here this week.

With Top-6 finishes in three of six starts this season, Theegala garners much more attention as a promising young talent but Hoge is only 10 months removed from his first Tour win back at the Pebble Beach Pro-Am.

Neither is in particularly great form at the moment, but their undeniable track record here as a pairing has them sitting third on the odds board at +650.

Notable longshots for the 2022 QBE Shootout

Does it get any better than this? Two of the more loved guys on Tour pairing up for a weekend of golf in Florida.

The two finished just 17th and 19th out of 20 at last week's Hero World Challenge but did finish inside the Top 5 here last year in their debut as a pairing.

Notable for one reason: this pairing features LPGA superstar and World No. 2 Nelly Korda just a couple of weeks removed from her victory at the Pelican Women's Championship.

This marks Nelly's debut here at the QBE Shootout and is one of two women teeing it up at Tiburon, with the other being World No. 7 Lexi Thompson (also playing this week with Maverick McNealy). 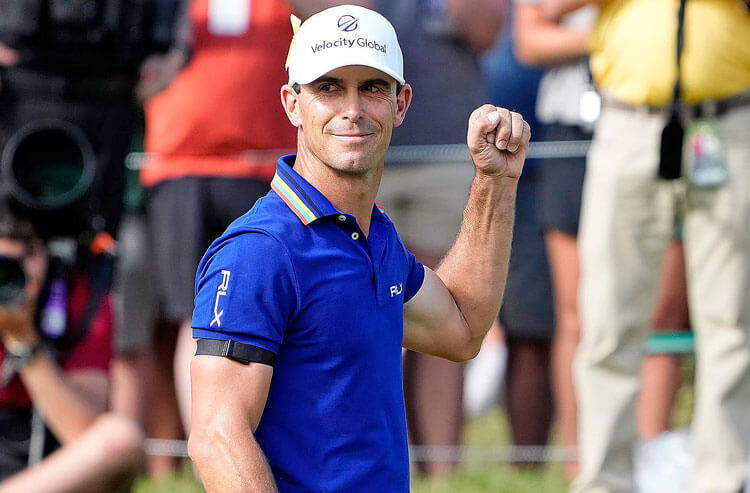