Sam Burns and Scottie Scheffler top this week's pre-tournament odds board as the PGA Tour makes its way back to American soil. See where the field stacks up behind the favorites in our Houston Open odds update.

After three weeks of international PGA Tour events, everyone heads back to the states for the 2021 Hewlett Packard Enterprise Houston Open. Fresh off a second-place finish in his home country last weekend, Carlos Ortiz will look to defend his 2020 title this week in Houston.

The Hewlett Packard Enterprise Houston Open is a FedEx Cup full-point event, with the winner adding 500 FedEx Cup points to their total.

With the tournament underway, let's look at the live odds to win the 2021 Houston Open.

Coming into the week, OWGR No. 18 Sam Burns sits atop the odds board to win the 2021 Houston Open (+1,600). He's entering the week on an absolute heater, with three Top-5 finishes in his last seven starts, including a win at the Sanderson Farms Championship in early October - his worst result in that seven-event run is T21.

Scottie Scheffler, coming off a solo-fourth finish last week at the World Wide Technology Championship, sits right below Burns in second, available at +1,800.

Behind Scheffler is Sungjae Im, who captured his second career PGA Tour win a few weeks ago at the Shriners Children's Open. Im is a birdie machine, and on the right week, can contend with the Tour's best.

Below is a group of guys available at +2,500: Matthew Wolff, Tony Finau, and Cameron Smith. Of these three, Wolf comes in with the most form, putting up Top-5 finishes in his last two starts.

One last notable is Carlos Ortiz, who is available at +3,300 to defend his 2020 Houston Open title. After a few months riddled with inconsistent and shaky results, Ortiz finished solo-second last week at the World Wide Technology Championship at Mayakoba in his home country and will look to bring that form with him to Houston this week.

Where is the 2021 Houston Open played?

The Houston Open is played at the Memorial Park Golf Course in Houston, Texas. Memorial Park GC is a par-70, 7,412-yard course. With consultation from Brooks Koepka, the municipal course returned to the PGA Tour a few years ago after an absence of nearly six decades.

Carlos Ortiz won the event in 2020 with a 13-under 267, beating out Hideki Matsuyama and Dustin Johnson by two strokes.

What is the Houston Open payout in 2021? 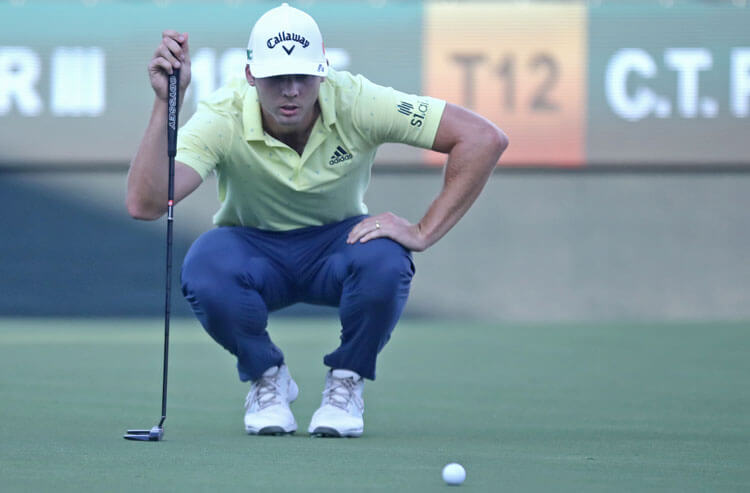