With a new PGA Tour season on the horizon, we're backing two Canadians — most notably Taylor Pendrith — to use their distance off the tee to their advantage at Silverado. Read more in our Fortinet Championship betting preview and best bets below. 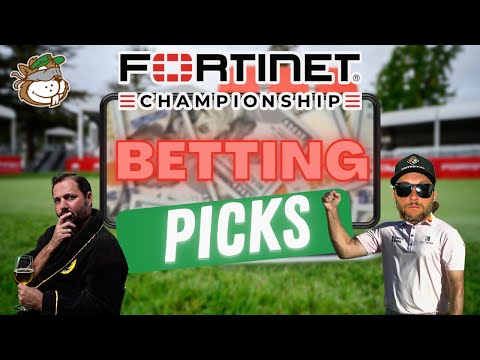 A new season kicks off in Napa, California as the PGA Tour heads to Silverado Resort and Spa’s North Course for the Fortinet Championship odds.

Silverado is a familiar course on the rotation and synonymous with giving us our first look at the Korn Ferry Tour graduates making their first starts as full-status Tour members. There’s gold to be found among some of the rookies as some could be the next Cameron Young or Will Zalatoris.

The field strength overall is somewhat weaker than in years past, but we still have defending champion Max Homa, Hideki Matsuyama, and a handful of International President’s Cup players.

A) Corey Conners to finish inside the Top 5 BOOSTED to +550 at Betway! Bet Now

B) Hideki Matsuyama to finish inside the Top 5 BOOSTED to +400 at BetRivers! Bet Now

Silverado is an average PGA Tour course where everyone in the field will have plenty of wedge opportunities into a handful of shorter Par 4s and gettable Par 5s. The biggest defense on this course is the speedy, undulating, Poa green surfaces.

Past champions here typically score a ton on the Par 5s all week and have the patience required for poa greens. Bombers and shorter hitters have both succeeded at Silverado. We tend to lean more towards the longer hitters in general as that tends to be the trend with winners here over most recent years.

The scoring stats are going to matter a lot this week as the winning score will likely be around 18-under or better. It’s all about proper positioning off the tee — even if you’re in the rough — and hitting your wedges close.

Maverick McNealy choked this tournament away last year to Max Homa on his way to a runner-up finish. He had a hot start to the year, but the ball-striking fizzled a lot towards the end of the season. He’s a strong West Coast + Poa guy, but the ball striking drop-off is concerning.

Pendrith, however, really turned up the heat towards the end of the season after coming back from injury. His stellar play earned a spot on the President’s Cup. Pendrith could dominate Silverado in the same way Cameron Champ did by hitting driver everywhere — it's an absolute weapon. His Poa splits aren’t great, but the ball-striking and form for Pendrith are too juicy to pass up at plus money vs. a fading McNealy.

As Jason Day’s return to competitive golf does show some signs of life in the driving and putting category, his irons and wedges have sucked. Like Detry, he’s making his first start in Napa.

We like the plus money with the big-hitting young Belgian. Detry’s no slouch and is coming off a T5 finish at the BMW PGA Championship last week. He also easily locked up his Tour card in the KFT Finals with a T4 a few weeks ago.

Detry’s got the skill set to tear up Silverado, and the form is far better than Day coming in. We’ll take the plus money over the veteran favorite trying to resurrect his game.

Emiliano Grillo had a strong finish to the PGA Tour season and his one and only win on Tour came here in 2015. Much of his success this summer came from gaining strokes on the greens, which is a massive shocker considering Grillo’s long-term putting performance. However, he wasn’t putting on Poa this summer. He's generally a poor putter but he really sucks on Poa greens. Now, he could’ve found something with the putter that translates even to Poa, but we’ll take our chances that’s not the case.

Cameron Champ is also a winner here and arrives with less flashy form, but leading up to the 3M, he mentioned that he had injury and mental battles that he’s recently overcome. He backed it up with solid finishes at the 3M and Rocket Mortgage. Champ has broken this course before with his incredible distance and aggression off-the-tee. We wouldn’t be surprised at all if he slaughters Silverado once more.

You’re going to notice a theme in these Top 20 predictions, and it's that we love the bombers here at Silverado. Davis finished his summer with a flurry of solid finishes with six Top 20s in his last 11 starts. His ball-striking was consistent and he’s sneakily become one of the better putters in this field.

This will be his fourth lap around Silverado, and he’s already logged a Top 20 here in the first three attempts. He's a Tour winner that ended the season gaining strokes in nearly every major category against much stronger fields on harder golf courses. This feels like the safest plus-money Top 20 on the board.

Speaking of bombers that ended their last PGA Tour season (two weeks ago) with a bunch of strong finishes, we present you the Canadian Taylor Pendrith. After coming back from injury in July, he nearly won and racked up four Top 20s in five starts.

He’ll gain a ton of shots off-the-tee at Silverado and his iron play should be solid. Unlike Cam Davis, the question mark for Pendrith will be the putter. He’s capable of having some horrendous weeks on the greens. However, he did finish T36 here last year and had one of his best putting performances, gaining 2.5 strokes on the greens.

One of our favorite bomb Top 20s is another long-hitting Canadian that locked up his Tour card in the Korn Ferry Tour Finals with finishes of T4 and T5 just in the last three weeks. Michael Gligic is a guy we know is in hot form after the KFT Finals while most players in this field have had the last three of four weeks off.

He’s made the cut all three times at Silverado with a T14 in 2020. He racked up two Top 20s in July at the John Deere and the 3M and kept the hot form going into the KFT Finals. Historically, he’s a bomber with a good putter. However, it seems late in the summer, he’s found something positive with the irons and wedges. If he’s still clicking on all cylinders, we’ve got a great chance of hitting a big plus-money Top 20. 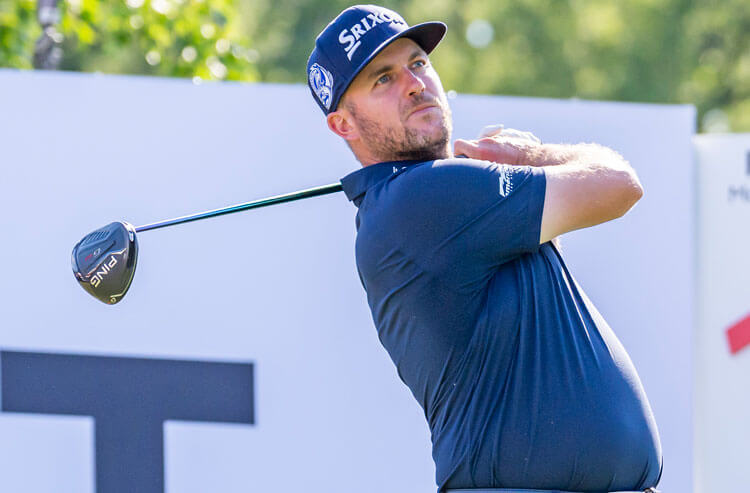