It's time to kick off a new PGA Tour season with the Fortinet Championship in Napa, California. Defending champion Max Homa entered as a pretournament favorite to defend his title, but you can check out the full live odds below as the event unfolds. 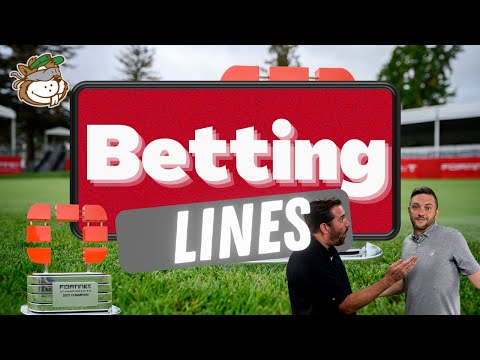 Following Rory McIlroy's epic comeback at the 2022 TOUR Championship and a two-week layoff, the PGA Tour is finally back in action with this week's Fortinet Championship taking place at Silverado Resort and Spa in Napa, California.

It's a light field this week with last year's champion Max Homa entering as a +1,000 solo betting favorite ahead of Hideki Matsuyama and Corey Conners.

Beyond the favorites, you can check out a more in-depth Fortinet Championship odds board below. You can also check out Tour Junkies' full lineup of best bets.

If you're signing up for a new sportsbook for the Fortinet Championship, here are two of the best bonuses* available:

A) Corey Conners to finish inside the Top 5 BOOSTED to +550 at Betway! Bet Now

B) Hideki Matsuyama to finish inside the Top 5 BOOSTED to +400 at BetRivers! Bet Now

Favorites to win the 2022 Fortinet Championship

Max Homa is coming off what was by far the best season of his career in 2021 — a campaign that included victories here at the Fortinet Championship and Wells Fargo Championship in addition to a strong finish in the FedEx Cup Playoffs, finishing T5 at the TOUR Championship with a third-best 72-hole score.

A year ago, Homa went 65-65 on the weekend to beat out Maverick McNealy for the title. This time around, he's entering as the clear betting favorite.

Hideki had a bit of a roller-coaster season in 2021. While it started strong with wins at the ZOZO Championship and Sony Open, the rest of the campaign was seemingly plagued with nagging injuries and inconsistent finishes.

He made the cut in all four majors, including finishes of fourth at the U.S. Open and T14 during his title defense at Augusta National, but otherwise didn't do much to follow up those early-season wins.

Despite the up and down year, Hideki remains a superstar talent that can't be overlooked as a title threat each week he tees it up — especially with this week's light field.

Despite it being a handful of years since his last PGA Tour victory, Corey Conners remains one of the more consistent performers in golf.

The Canadian has missed just two cuts since March 1, with a handful of Top-10 finishes to show for it (T6 at Masters, T5 at BMW, third at Dell Match Play, sixth at Canadian Open).

Those highs may not come as often as he'd like but his ball-striking prowess makes him a serious contender in this week's field.

Notable longshots for the Fortinet Championship

Denny McCarthy worked his way into some great form to end the 2021 season, albeit in a bit of roller-coaster fashion.

Starting at the Memorial, the Maryland native went T5-T7-MC-T6, then missed back-to-back cuts at the Rocket Mortgage and Wyndham before finishing his season with T20 and T28 finishes at the first two playoff events. He cut his Official World Golf Ranking from 145th to 78th in that stretch.

Further down the board, we see a recent major winner in Gary Woodland at +6,000.

The 2018 U.S. Open champion didn't finish last season strong but did show some flashes of great golf including a five-event stretch leading up to the Masters that included two T5s and a T8. With the clean slate of a new season, Woodland will want to start on the right foot.

The 2022 Fortinet Championship will be held at Silverado Resort and Spa in Napa, California. The North Course is a Par 72 that plays over 6,900 yards long.

Max Homa took the Fortinet Championship title in 2021 with a 19-under 269, beating Maverick McNealy by one shot.

The 2022 Fortinet Championship purse is $8 million, with $1.44 million going to the winner. 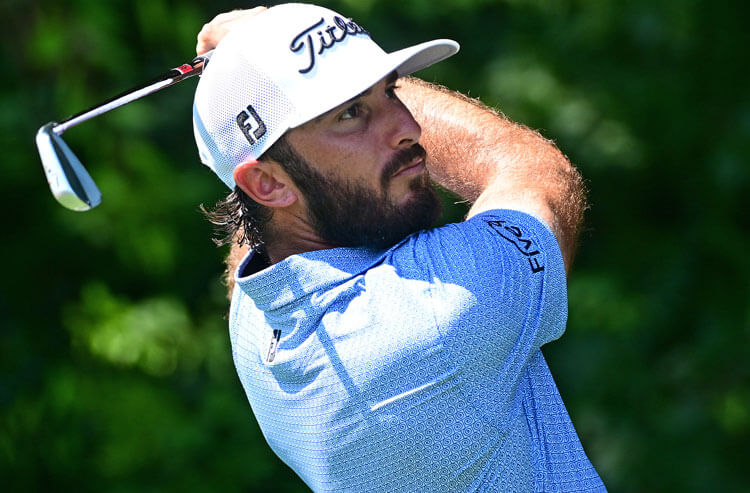