The PGA Tour is back on the mainland this week for The American Express, where you'll need to go super low to have a chance. Check out our American Express picks and predictions, where we're using recent form and tournament history to spot the best value. 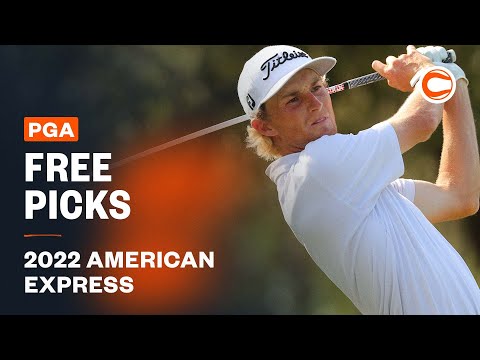 The PGA Tour begins its 2022 run on the mainland after two events in Hawaii. This week it’s the American Express in Palm Springs, a full field event with three courses and a Pro-Am in play. For outright bets, the safe play is to focus on guys with good course history and strong recent form. Eight out of the last nine winners have at least played one event in Hawaii before coming to this birdie fest. Longer shots have also done well here with Jon Rahm being the only winner shorter than 40/1 in the last six seasons.

You can also check out the full American Express odds board to see where everyone stacks up prior to teeing off.

USA: Scottie Scheffler and Corey Connors both to finish Top 20 (inc. ties) in The American Express BOOSTED to +330 (was +270) at FanDuel. Claim Now

Bombers have a bit of an advantage on these three courses, but we’ve seen all types of games win here. You have to make a lot of birdies and eagles to be in contention, so we’ll focus on scoring opportunities gained and par 5 scoring with our picks. Strokes gained approach is important as always, as is Bermuda putting if players are going to get to reach the 25-under range.

If Conners can get his putter and his irons going at the same time, look out. He gained 5.9 shots on the field with his approach game last week in his 2022 debut. If the ball striking continues and the putting improves, he should have no problem getting inside the Top 10 at Amex. Conners also ranks much better in scoring opportunities gained over his last 36 rounds than Sungjae. Im missed the cut at Sony, losing strokes in all the key stats after starting the week near the top of the odds board.

Wolff is a guy who can come off the shelf after two months and contend to win here with his ball-striking, ability to eagle these Par 5s and a putter that gets very hot, especially on Bermuda. Patrick Reed is still busted. Don’t be fooled by his 15th at Sentry (a 38-man field) or his runner-up finish at Bermuda (a AAA baseball game). Reed can’t hit his irons and he’s been bad around the greens as well.

Both of these guys are playing well but Thompson is coming off an elite-level ball striking and very good putting week on his way to fifth at the Sony. Meanwhile, Lee couldn’t make anything and gained less than a stroke on approach. In the course history department, Thompson has alternated two Top 10s at Amex with missed cuts but you know there’s been some dark Michael Thompson years and he looks in great form right now. Lee has not broken the Top 20 at Amex in three tries. We aren’t getting why the odds favor him here.

This has to be the breakout year for Willy Z. Until now, he’s been a world-class ball striker and a horrific putter. At over 2/1 we’ll bet that he’s been grinding on the greens in the offseason and will be looking to make a splash in his season debut. There may be a bit of extra juice here because of debutant history here and the recent form factor. However, it’s a Top 20, not an outright and the kid almost won the Masters on his first take. He’ll at least be hitting it close enough to be relevant on the weekend.

Ramey has been doing some work on Par 5s recently. Over the past 36 rounds, he ranks third in the field in Par 5 scoring. That’s right up there with the likes of Rahm and Cantlay. At 6/1 we’re betting that he’ll be warmed up after a less than stellar week at the Sony and grab another Top 20 by making a bunch of birdies in a lower-end field.

You guys are the Tour Junkies, give us long shots! Sometimes the most obvious bet is the right bet no matter how short the odds are. Frankly, at +166, it ought to be shorter, eh. The following is a list of names that Conners will have to beat here; Pendrith, Hadwin, Svensson, Sloan, Taylor, Gligic. These guys couldn’t get hired to Zamboni Corey Conner’s pond! Conners is a different player than he was in 2019 when he missed the cut at Amex. Now the oddsmakers treat him like the one putter short of being the elite, Top-40 player in the world that he is. The rest of these guys are all north of 80/1 for a reason. It is at least a good parlay leg. 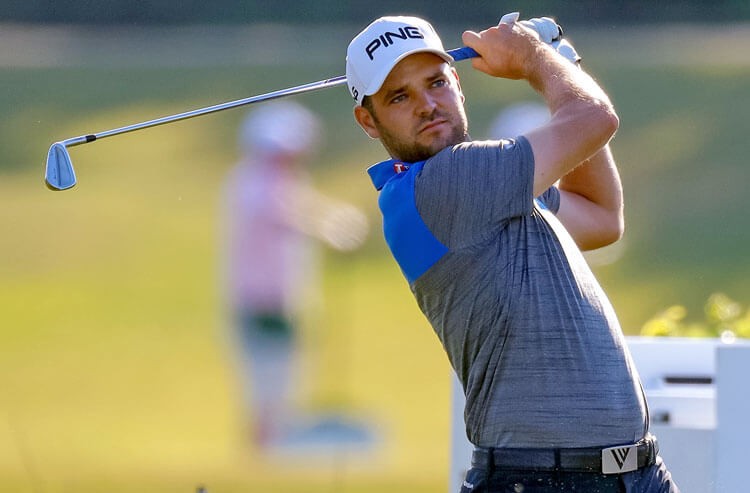