Live Odds to Win the 3M Open: Tringale Favored Going Into Final Round

A 5-under-66 on Saturday moved Cameron Tringale to the top of the 3M Open leaderboard — and the betting favorite on the odds board. Check below for the rest of this weekend's PGA betting odds.

Following an exciting weekend at Royal St. George's, PGA betting shifts down a gear as the tour — and many of the world's top pros — take it easy at this weekend's 3M Open.

There are a few familiar names atop the 3M Open odds board but after spending last week in Kent, England, most golfers are opting to rest rather than turn around and tee off Blaine, Minnesota.

Regardless of who shows up, it should still be an exciting weekend. Here's a look at the live odds to win this year's 3M Open, teeing off from July 22-25 at TPC Twin Cities.

Odds to win the 3M Open

Odds provided by Betway and updated every 5 minutes.

It's been a struggle in 2021 for Dustin Johnson, but after posting a T8 at The Open Championship last weekend, the Official World Golf Rankings No. 1 player is trying to keep that momentum up as the +700 favorite this weekend. Last weekend was DJ's second Top-10 finish in his last four events, so maybe he's finally showing signs of playing like the top-ranked player in the world.

Second on the odds board is Louis Oosthuizen at +1,200. It was another major... and another almost victory for Louis last weekend, as he finished T3 at Royal St. George's — his worst finish at a major this year as he was second at both the PGA Championship and U.S. Open.

After missing the cut at two straight events, Tony Finau posted a T15 at the British Open and is tied for third on the 3M Open odds board at +1,600. He's tied with Patrick Reed, who did not make the cut last weekend.

Rounding out the Top 5 is Matthew Wolff (+2,800), who has not played in an event since the Rocket Mortgage Classic three weeks ago and has more missed cuts (2) than Top 15 or better finishes (1) on the season.

The 3M Open was played at TPC Twin Cities in Blaine, Minnesota. The 7,164-yard par-71 course was designed by legendary golfer Arnold Palmer and features Bentgrass tees, fairways, and greens. The course features 27 different bodies of water and was opened in 2000.

Other ways to wager include Top-5/Top-10/Top-20 finish, top golfer by nationality, to make the cut/to not make the cut, and the leader after each round. Then, of course, there's the popular prop bet of whether or not there will be a hole-in-one at the tournament.

With PGA betting growing in popularity, most online sportsbooks and casinos will offer golf odds for the 3M Open. Check out the best golf betting sites available where you live and see what PGA Tour odds they have available. 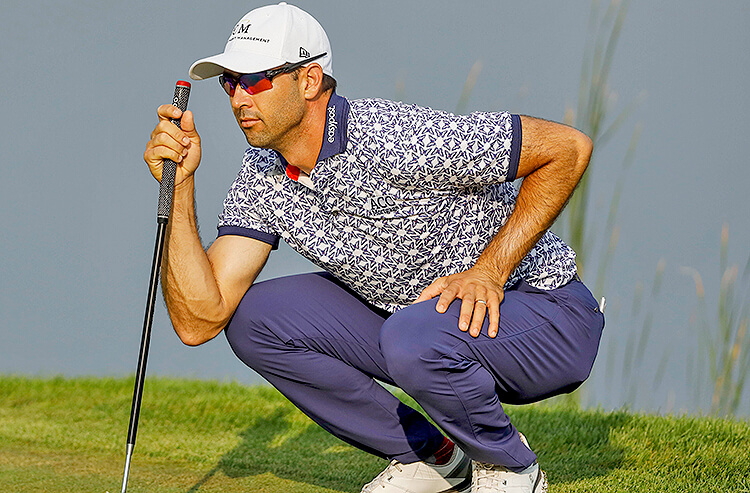 Live Odds to Win the 3M Open: Tringale Favored Going Into Final Round
Provided by