Both Dallas and Ottawa are coming off losses in playing the second leg of a back-to-back Sunday afternoon. With the Stars having more veteran depth (and overall talent), we're leaning towards them delivering as road NHL betting favorites.

The NHL betting board has just one game on Sunday: An afternoon matchup between the Dallas Stars and Ottawa Senators at the Canadian Tire Center.

Both squads won their season openers on Thursday before losing yesterday and the Stars come into this one as slim -133 road favorites, with the Senators coming back at +120.

Here are our best free Stars vs. Senators picks and predictions for Sunday, October 17, with the puck dropping at 5 p.m. ET.

Stars vs Senators head-to-head record since 2018

The Under is 12-3-1 in the Senators' last 16 home games. Find more NHL betting trends for Stars vs. Senators.

Stars vs Senators picks and predictions

The Senators opened their season by splitting a home-and-home set against the Maple Leafs and now host the Stars, who are also fresh off a 3-1 loss at Boston yesterday after beating the Rangers in overtime on Thursday.

The Senators wrapped up some much-needed business earlier this week by signing last year's leading scorer Brady Tkachuk to a $57.5-million contract but as the 22-year-old was sitting out, he's still working back to game shape and won't play today.

Ottawa has some good young pieces up front but they lack true game-breakers up the middle — plus Tkahuck's absence will hurt. The Sens will also again be without starting goalie Matt Murray, who is out with a cold, and after backup Anton Forsberg played the first two games he will likely take a rest day with 23-year-old Filip Gustavsson getting the nod. Gustavsson played nine NHL games in his debut season last year, going 5-1-2 with a 2.16 goals-against average and a .933 save percentage.

The Stars made a run to the Stanley Cup finals two years ago but failed to make the playoffs last season as they battled through injuries to many of their key players, including six-time All-Star Tyler Seguin and Alexander Radulov — who both missed almost the entire 2020-21 campaign.

They were also without goaltender Ben Bishop but veteran backup Anton Khudobin was solid, going 12-11-7 with a 2.57 GAA and a .905 SV%. Bishop still hasn't returned to the Stars lineup and Khudobin will likely start tonight after offseason acquisition Braden Holtby was between the pipes yesterday.

Playing two games in less than 24 hours is tough for any team but at least both of these squads are in the same situation.

The Senators have promise but they still don't look ready to make a playoff push and they needed an incredible 46 saves from Forsberg on opening night to pull off the victory. On the other hand, the Stars are more experienced and are built to win now. Look for them to win their first game in Ottawa since 2016.

Even on the tail end of a back-to-back, both of these teams have enough depth between the pipes to put out a competent goalie tonight.

Defensively, the Stars were one of the best teams in the league during 5-on-5 play last season, allowing the fifth-fewest goals against per 60 minutes (2.02), the second-fewest expected goals against (1.84), and the third-fewest high-danger chances (8.29).

Although they lost towering defenseman Jamie Oleksiak in the expansion draft, they replaced him with decorated blueliner Ryan Suter, who still has something left in the tank at 36.

This is a tough team to score against at even strength but they need to pick things up on the other end of the ice. While getting Seguin and Radulov should help in the goal-scoring department, it's worth mentioning that they weren't a high-scoring bunch even during their strong season in 2019-2020.

Neither team has cashed the Over this season and will be hard-pressed to push the play with their skaters likely having tired legs. Take the Under. 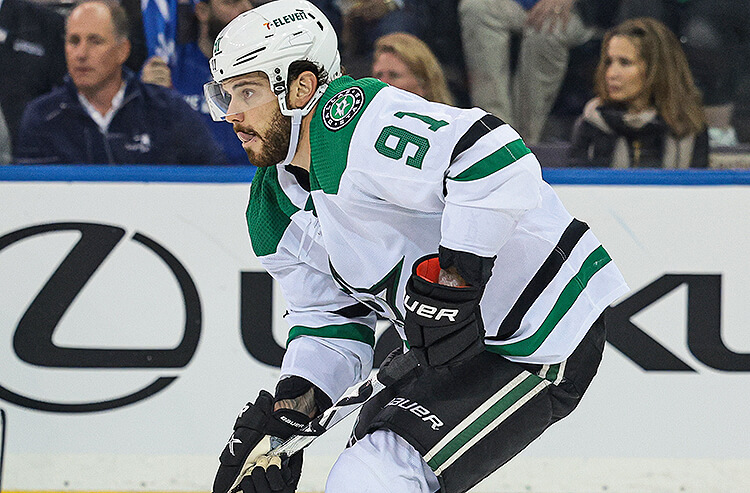 Stars vs Senators Picks and Predictions: Tired Legs On a B2B Has Us Leaning Under
Provided by

Avalanche vs Maple Leafs Picks and Predictions: These Buds Are For You
Josh Inglis | Nov 30, 2021

Toronto's Past and Present Represented in Current Vezina Trophy Betting Odds
Josh Inglis | Nov 30, 2021
About Us
Contact Us
Careers
Our Team
Brand
Testimonials