Cale Makar has been an offensive force all season for Colorado — and he's hit another level in the playoffs. In his first Stanley Cup Final game, our NHL player props expect him to continue his dynamic play... at both ends of the ice. 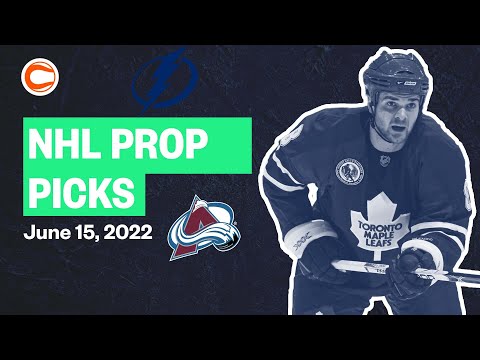 The Tampa Bay Lightning and Colorado Avalanche square off in the 2022 Stanley Cup Final, with Game 1 getting underway Wednesday night.

There's no shortage of star power on both sides as the Bolts look to make it three straight Cup victories, while the offensive juggernaut Avalanche look to end the Lightning dynasty and claim their first title since 2001.

There's also no shortage of Stanley Cup props to bet on, and for the series opener we're going to focus on possibly the biggest star of the playoffs to date — Cale Makar.

Check out our best free NHL betting picks for the Colorado blueliner for Game 1.

A) Both teams to score 2+ goals and combine for Over 6.5 goals BOOSTED to +123 at BetRivers! Claim Now

B) Cale Makar to record 2+ points and Avalanche to win BOOSTED to +330 at PointsBet! Claim Now

When it comes to Makar's offense, most of the attention is focused on the fact that the Conn Smythe favorite is the most dynamic-skating defenseman the NHL has seen in a long time.

However, what also makes Makar such a lethal threat with the puck is that he has a wrist shot that would make Avs Vice President Joe Sakic blush.

I mean, look at this absolute laser from the blue line in Colorado's Game 4 win over Edmonton:

Opponents are forced to respect Makar's speed, which gives him extra space to get that shot off — and he hasn't been shy about shooting either, averaging 3.6 shots on goal per game (2.92 at 5-on-5) in the postseason, with eight of his 14 games seeing him fire at least four pucks on net.

The Lightning do a great job of keeping opponents from getting high-quality chances in the danger areas, so while Makar and the Avs have the speed to get more consistent chances than the Bolts' previous foes, we should see Colorado opt to let the puck fly from the blueline more often, in an attempt to beat Andrei Vasilevskiy with traffic, rebounds, and "greasy" goals.

That should add up to even more shots for Makar, making his Over 2.5 for Game 1 a very appetizing play — and while most books are offering this in the -170 range, Betway currently has this up at even money.

This entire series is tabbed as a classic offense-vs-defense matchup, but the real treat to watch will be the Colorado power play against the Tampa Bay penalty kill.

After finishing 11th in the regular season with an 80.6% penalty-kill rate, Tampa has upped its PK rate slightly (82.5%) and is tied for fifth in the postseason.

However, the New York Rangers went 5-for-16 with the man advantage in the Eastern Conference Finals, scoring at least one PPG in four of the six games, and Colorado's power play is even more lethal — a big reason why they are the favorites on the Stanley Cup odds board.

The Avalanche may "only" be ranked second in the playoffs (to New York) with a 31.1% power-play conversion rate, but advanced analytics show they have been utterly dominant with the extra man.

Colorado averages 4.23 shot attempts, 2.60 scoring chances, and 1.18 high-danger chances per two minutes of power-play time (per Natural Stat Trick) — all of which are easily the most in the league. The Avs also keep the pressure up throughout the entire two minutes, with a Corsi For percentage of 94.7.

And a big factor for that is Makar, who has eight power-play points this postseason — with the team getting 3.04 scoring chances and 1.39 high-danger chances per two minutes when he's on the ice.

Colorado has scored at least one power-play goal in five of its last six games, and against a Bolts PK that has shown some cracks in the armor, we like the Avs' chances of tallying at least a marker with the man advantage — and Makar to be involved.

Gettin' in the way

All the hoopla is on Makar's scoring prowess... but don't forget that he's actually a defenseman — and a pretty good one too.

In just his third NHL season, Makar has made huge strides in improving his play in his own zone, utilizing his incredible skating with an active stick and a great ability to read the play and put himself in better defensive positions.

The work Devon Toews and Cale Makar put in defensively in the Conference Final. Enough in just 4 games to make a full mix of them breaking plays up, knocking pucks away, stepping up in the neutral zone pic.twitter.com/Hv9orJoazx

Makar also hasn't been afraid to put his body in the way, with 32 blocked shots in the playoffs (seventh among all players) and 5.06 blocked shots per 60 minutes, which adds up when you play a playoff-high 27:05 per game.

Those numbers are also well up from the 110 blocks and 3.33 blocks/60 Makar posted in the regular season... which were massive improvements from his previous two seasons.

The blueliner has gone Over 2.5 blocked shots just four times through 14 playoff games, but he did block two shots five other times, and Tampa Bay presents the toughest opponent Colorado will have faced yet in terms of puck possession, forechecking, and shooting from any and all angles.

In his first Stanley Cup Final game, on home ice, we'd expect the Norris Trophy finalist to not only play a ton of minutes — but also do everything he can to keep the puck out of his own net. 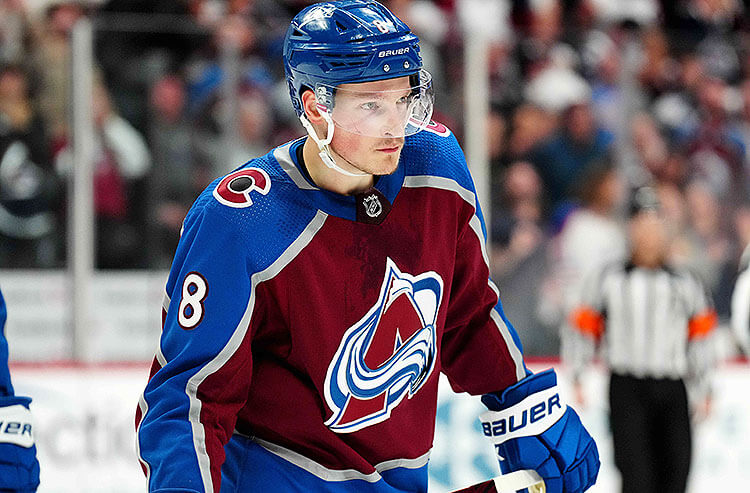