Stanley Cup Final 2022 Game 2 Brayden Point Player Props: He Is Who We Thought He Was

Brayden Point was impressive in Game 1, considering he hadn't played since mid-May and still isn't 100%. He still wasn't the Point we're used to seeing, however, but we expect Point to do even better in Game 2 — and have some NHL props to cash in on that. 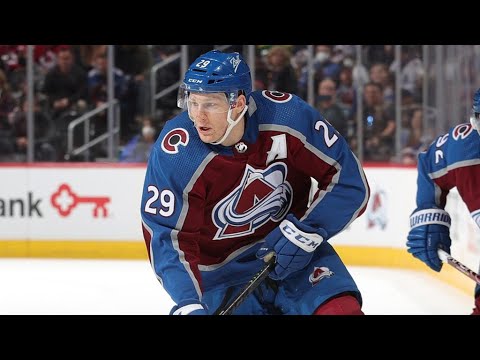 After a lower-body injury kept Brayden Point out of the Tampa Bay Lightning's lineup for a month, the forward returned to the lineup in Game 1.

He logged nearly 18 minutes of time in the Stanley Cup Final opener, recording an assist and making a number of impactful plays despite clearly being less than 100%.

Jon Cooper talks about the @TBLightning performance in Game 1, the start of the series and Brayden Point's performance. #GoBolts postgame ?? https://t.co/jl3Cixmc2I pic.twitter.com/xv7hyDbH8K

So what's in store for the Bolts' top pivot in Saturday's Game 2?

Our free NHL picks are looking at an even better performance for Point tonight — and here are the best Brayden Point props to cash in on yet another clutch effort.

Understatement of the year: getting your star center back is huge for the offensive depth of a team that, well, is outclassed in terms of offensive weapons in this series.

Point's 18 Game 1 minutes is less than his normal average (19:28 per game in the regular season, 21:24 in playoffs pre-injury), but he sparked the team with a defensive play — that immediately turned into the Bolts' opening goal — when they found themselves in a quick 0-2 hole.

Nick Paul gets the Lightning on the board. The Lightning trail 2-1. pic.twitter.com/aVfp0PbYoe

Per HockeyStatCards, Point had the third-highest game score among Tampa Bay skaters in Game 1. That's incredibly impressive, considering he was deployed in a third-line role with Nick Paul and Ross Colton (when he spent most of the season in Steven Stamkos' current spot between Ondrej Palat and Nikita Kucherov), his 5-on-5 offensive zone start percentage was 20% on Wednesday (60.1% in the regular season), and he had not played a full NHL game in five weeks.

And he still managed an (important) point within the first 13 minutes of the game.

With two days off to recover between games, it's not a stretch to assume that Point will look even better in Game 2 after knocking off some rust in the series opener. This is a guy who has the second-most playoff points over the past three postseasons, and with his ice time likely to increase Saturday, plus Tampa likely needing to continue pushing the pedal offensively on the road, there's a chance we could see Point reunited with the likes of Palat, Kucherov, or Stamkos at some point, making his -137 price to get a point in Game 2 — right around the same price as Palat — an enticing value.

Tampa Bay head coach Jon Cooper may have eased Point in (somewhat) at 5-on-5, but the Lightning star was firmly entrenched back in his usual bumper spot on the No. 1 power-play unit.

With him back in the fold, Tampa Bay has four equally dynamic shooting/passing options (Kucherov on the right boards, Stamkos on the left, Victor Hedman at the point) causing mismatches and creating plays that have been giving goalies nightmares for years.

I would trust the Lightning’s power play to perform surgery on my brain pic.twitter.com/DQH95Igd5L

The Lightning power play did not look great in Game 1, going 0-for-3 with just three shots on goal and only six shot attempts. This is a far cry from the team that connected at a 24.2% efficiency with the man advantage with Point this season (per Statmuse), and again: Point was shaking the rust off in Game 1.

Colorado has had a mediocre penalty kill all year and is sitting at just 77.5% in the playoffs, as the goaltending has become less reliable with a postseason shorthanded save percentage five points lower (82%) than during the regular season (87.06%).

The Bolts' power play had scored in five of the six full playoff games Point played prior to his injury. If they get multiple opportunities to go to work in Game 2, Point — who had 22 power-play points this season and has 22 ppp in 54 playoff games over the last three years — is offering plenty of value at +170 to log a man-advantage point.

Point's natural instinct may be that of a playmaker, looking for passes to set up his teammates, but he has legitimate goal-scoring prowess — and he's looking for his shot more often than ever.

The 25-year-old center averaged 4.41 shot attempts per game this season, the second-highest number of his career, but he got a career-high 2.67 shots on goal per game, showing an increased ability to get pucks through traffic and test opposing goalies.

Point did not register a single shot in Game 1 — just the third time all season he had a goose egg in the SOG category — and did not even have a single shot attempt.

Chalk it up to rust, trying to get into the flow of the game against a dominant team like Colorado, or whatever you want to attribute it to: the likelihood of Point not even attempting a shot again is very, very, very low.

He averaged three shots per game against Toronto (including two in five minutes of Game 7) and has a penchant for picking up his game when his team needs him the most.

With the Bolts wanting to avoid an 0-2 hole, look for Point to be more assertive offensively and attack the shaky Colorado goaltending with pucks on net — both at even strength against third-line matchups or in that bumper spot on the power play — and cash the plus-money on his Over 2.5 total. 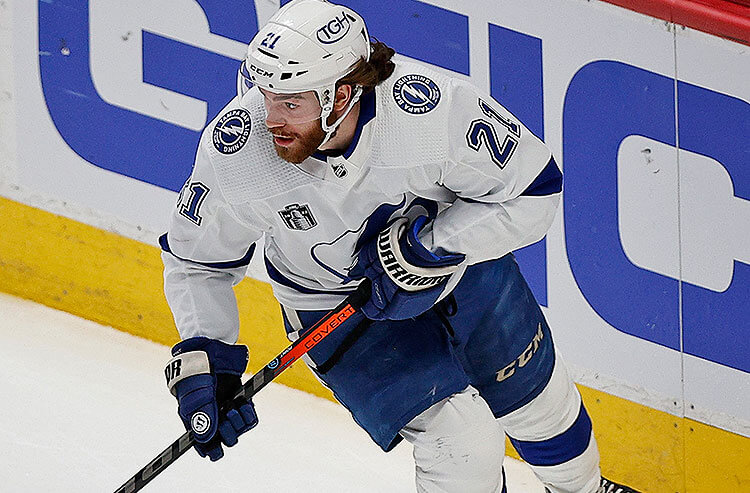 Stanley Cup Final 2022 Game 2 Brayden Point Player Props: He Is Who We Thought He Was
Provided by