Toronto has been discounted in the NHL betting market lately despite riding a 5-2-1 record over its last eight. In a great rivalry game in Montreal, we're getting good value on the visitors in our Maple Leafs vs. Canadiens picks. 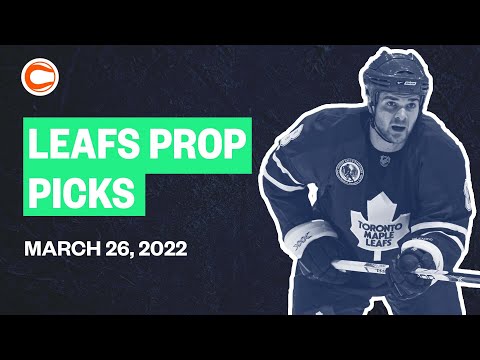 The Toronto Maple Leafs begin a busy weekend starting with a chance to avenge a February loss to the Montreal Canadiens when the two Atlantic foes face off Saturday night at the Bell Centre. The Leafs closed as -390 road favorites in the last meeting but opened as -250 favorites for tonight’s match.

Can the Leafs avoid a defeat in what’s a huge look-ahead spot with the Panthers on deck for tomorrow? Can the Habs take their fifth victory over the Leafs in the last six meetings?

Find out in our free NHL picks and predictions for Maple Leafs vs. Canadiens tonight, March 26.

(Editor’s Note: On April 4th, sports betting in Ontario shifts from a grey market to a regulated market. Get all the information you need ahead of this change with our Ontario sports betting guide.)

The Leafs opened as -270 favorites but have since plummeted 30 points to -240 with a total of 6.5 leaning to the Under. Toronto closed as a -390 road favorite in the last meeting in Montreal just a month ago where the Habs won 5-2 and the total closed at 6.

The Canadiens are 2-12 SU  in their last 14 games vs. a team with a winning percentage above .600. Find more NHL betting trends for Maple Leafs vs. Canadiens.

One might not realize it, with how this Toronto team has been portrayed of late, but this is still a club that is 5-2-1 over its last eight games with a positive goal differential while riding AHL-level goaltending. The books might be napping on the Leafs tonight as well, as the Habs are getting all the steam in the market and have moved this line to TOR -240 on the ML after opening at -270. The crazy thing is, the Leafs closed as -390 favorites in Montreal just a month ago.

Montreal was on the backend of a traveling back-to-back in that game but that still isn’t worth 150 points, which is the difference in the ML price heading into tonight.

Can the Canadiens keep things competitive tonight? Absolutely. However, the Habs are without forwards Brendan Gallagher, Jonathan Drouin, and possibly their best defenseman in Jeff Petry. They’ve been relying on Nick Suzuki and Cole Caufield heavily of late, as the pair has 13 of the team’s 36 goals over the last 10 games. They come into this game lacking secondary scoring.

Jake Allen is back for the Canadiens which is a massive boost, but this team has allowed 89 shots over its last two games to the Caps and Bruins while Allen has allowed 15 goals over his four games since a two-month hiatus. The Habs have certainly played better hockey of late under new bench boss Martin St. Louis, but there is a reason they were the first team eliminated from the playoffs last night.

The Leafs aren’t very strong in net, with rookie Erik Kellgren making his fourth NHL start and first following a loss in Nashville last Saturday. The rookie tender has been the team’s best goalie (small sample size) of late and now that he has his first road start under his belt, he should be ready for the Bell Centre after playing in Nashville.

The last time these two teams played, the Habs skated away with a 5-2 victory but the Leafs outshot them 37 to 24 and gave up deflating goals early in the first, late in the first, and early in the second. Petr Mrazek was awful in net that game and allowed five goals on 24 shots.

The Leafs have beefed up the blue line with the addition of Mark Giordano, are getting stellar play from their shutdown third line, Mitch Marner is blooming into a bonafide goal scorer, and the market isn’t very high on this team despite a solid game versus an offensive New Jersey team.

We feel the market has swung too far and getting the Leafs as -240 road favorites is a good price considering they were -390 in Montreal a month ago. It’s more of a lean than a play but we like the Leafs to cover tonight as the much better team in a game where the market isn't giving them enough credit.

The last time these two teams met, the total closed at 6 which was a very short total for a game featuring Mrazek in net. Now, the two Canadian clubs are staring a total of 6.5 but at +100 for the Over. We’re all in.

Kallgren will get the start for the Leafs in net and although he has been the better Toronto goalie of late, the bar was set pretty low. He's coming off his first NHL loss and will be facing adversity for the first time. He could fall on his face tonight, but with an offense behind him that is scoring 3.82 goals per game since the All-Star break, the Leafs can play catch up if the rookie puts them in the hole early. The Leafs have the fourth-worst GAA since the All-Star break at 3.82.

Despite the Habs being officially eliminated from the postseason last night, this is a massive rivalry game and the Bell Centre will be rocking tonight. Cole Caufield and Nick Suzuki have been driving this offense since St. Louis took over and have scored more than 33% of the team’s goals over their last 10 games. They combined for four total points in the last game while winger Josh Anderson had two goals and an assist.

Since the last meeting, the Leafs are 10-5 to the Over while the Canadians, once the league’s lowest-scoring team, are 10-3-1 to the Over and scoring 3.64 goals per game. Montreal's power play has eight goals over its last 10 games and the Habs are coming off a match versus the Panthers that featured 11 total power-play opportunities for both sides.

With neither team strong in net, the Leafs possibly looking ahead to tomorrow’s game, and two Top-7 offenses over the last 30 days involved, we’re happy to take the Over 6.5 at even money, which is the best price we’ve seen in a Toronto game outside of the Carolina matchup.

Ilya Mikheyev has been one of the Leafs' most undervalued players. He had an incredible shorthanded goal versus the Devils last game and leads this team in shots on net over the last 30 days with 43 over 11 games. He’s been bumped from the second power play, but that should only motivate the winger who does most of his damage at 5-on-5 anyways.

The Habs have allowed 89 shots over their last two games versus the Bruins and Panthers and with Jake Allen getting back in net, perhaps the team has eased up defensively with more competent play in net. Toronto also has to play Florida tomorrow so Sheldon Keefe could be looking to play his bottom-six even more tonight. We’ll gladly take the second-highest volume shooter on the team on the Over 2.5 shots at -110. 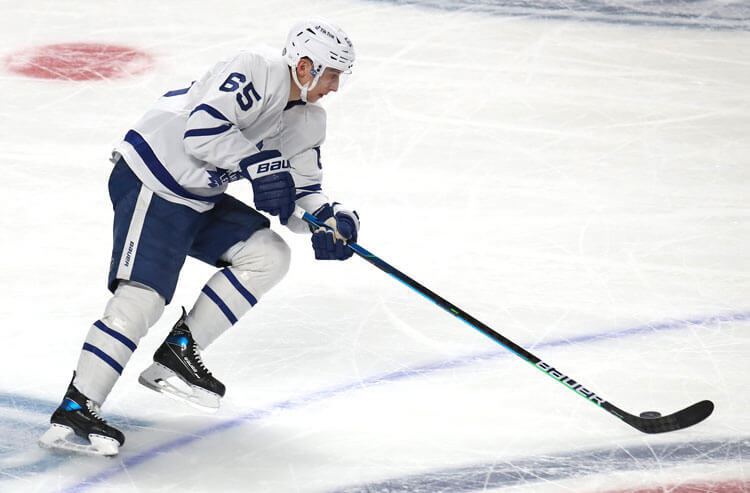