The Lightning and Bruins are very familiar with one another yet far from friendly — which is why our NHL betting picks and predictions are expecting defenses to keep scoring to a minimum in what should be a feisty, playoff-like affair. 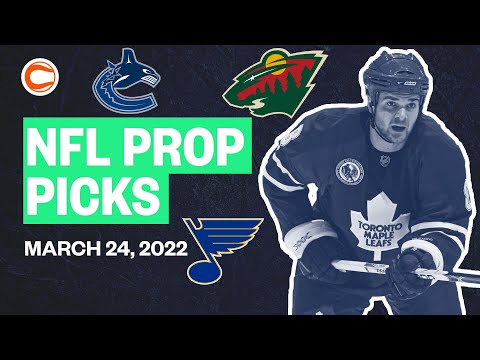 The playoff jockeying in the Atlantic Division will continue Thursday night as the Tampa Bay Lightning and Boston Bruins — separated by a single point in the standings — will meet for the third time this season at TD Garden.

Are the Bolts in the middle of a rough patch after dropping their fifth of seven games on Tuesday? Despite sitting fourth in the division, can the Bruins make a serious push for the second or top spot in the Atlantic? Find out in our free NHL picks and predictions for Lightning vs. Bruins.

This game opened as a pick‘em but has since moved to Boston -115 on the ML. The opening total of 5.5 has stayed firm. Tampa was a -115 road favorite in the last meeting in Boston back in December. Each of the two meetings this season closed with a total of 5.5.

Canada: David Pastrnak and Leon Draisaitl to both score a goal tonight BOOSTED to +450 at Betway! Claim Now

Lightning vs Bruins head-to-head record since 2019-20

The Under is 6-0 in the Lightning’s last six games overall. Find more NHL betting trends for Lightning vs. Bruins.

Lightning vs Bruins picks and predictions

The Lightning have dominated this matchup over the last three seasons and have won seven straight games in Boston and 17 of the last 22 meetings. But Tampa comes into Thursday’s meeting having dropped five of its last seven with those only two wins coming against the Kraken and Canucks — both non-playoff teams.

The Bolts are 1-4 SU over their last five road games and have the 24th-best point percentage this month with a 5-6 SU mark and a negative goal differential. We still wouldn’t want to run into John Cooper’s team in the postseason, but the Lightning haven't been as dominant a team of late as many people think.

The same can’t be said about the Bruins, who with their 7-2-1 mark this month, have the second-best point percentage in March with a plus-0.5 goal differential per game. This team strengthened their blue line with the addition of Hampus Lindholm, is rolling the deepest forward group they've iced in forever, might be getting Patrice Bergeron back and will be starting Jeremy Swayman in net.

Bergeron comes into this game questionable having missed three straight games. He was at Wednesday’s morning skate and is possible to suit up tonight. The Bruins went 2-1 SU without their captain and top center.

Not enough has been said about the Bruins’ 23-year-old goalie. He handled the Tuukka Rask situation professionally and since the Finnish goalie retired, Swayman is 10-2-1 with a .933 SV% and a 1.90 GAA. On the season, he has the league’s second-best GAA and the sixth-best SV%.

The Bruins’ schedule hasn’t been a gauntlet, by any means, with wins over the Canadiens, Jets, Blackhawks, Coyotes, and Blue Jackets this month, but Bruce Cassidy’s club has taken three of four points versus the Avs over the last six weeks.

Boston also won the last meeting, 5-2, in Tampa and lost in OT at home in a December meeting. Tampa has dominated the previous meetings but it seems the tide is turning for the defending champs — at least in the regular season.

Beating the Bolts means beating Andrei Vasilevskiy and getting him on the road makes it much easier. He has a 2.74 GAA on the road compared to a 2.05 GAA at home and has made six of his last seven starts on the road where he is 3-3 SU and has allowed three or more goals in four of them with the exceptions being the Canucks and Kraken.

The Bruins have shown they can beat the Lightning this year and have outscored them 7-5 in the process. Don’t read too much into the previous H2H records. It’s not often we get the Bruins as short home favorites.

If the playoffs were to start tonight, it would be the Bruins meeting the Lightning in the first round of the postseason. These two clubs met in the second round of the 2020 playoffs where the Lightning took them down 4-1. These two Atlantic teams don’t like one another and tonight's meeting should be a battle with so much on the line in the division.

The Bruins are just one of five teams that score and allow under 3.00 goals per game on home ice and come into this game 0-3-2 O/U in their last five games. In four of those games, the Bruins had at least 40 shots, showing that even with a ton of pucks on the net, this team still struggles to see seven total goals in a game. Tampa comes into tonight's game having gone a perfect 6-0 to the Under in its last six.

This month, both offenses rank outside the Top-15 in goals per game and the Lightning have been ice-cold in the scoring department as their 2.73 goals per game is the seventh-worst mark in hockey.

Goaltending will play a huge factor in this total’s outcome. Vasilevskiy is a better goalie at home but he’s still the reigning Conn Smythe winner and possibly the best goalie in the league (he's done it longer than Igor Shesterkin). He knows this game is huge and with the Bruins just one point behind them in the standings, the Russian netminder should keep this game close.

Swayman has gone 6-11-2 O/U in his last 18 starts and getting a goalie with a sub-2.00 GAA over the last two months has us looking at the Under. Swayman will get to stop a Tampa offense that has scored two or fewer goals in five of its last six games. There are a lot of new pieces in the Bolts’ bottom six and some adjustment time is likely needed before they build some chemistry.

Both teams are solid on the blue line as well with the Bruins adding Lindholm from the Ducks while the Lightning have arguably the deepest defense in hockey. Tampa hasn’t managed more than 29 shots in either of the two meetings this season while zero power-play goals were scored.

Playoff hockey will be on display tonight and two solid tenders should keep the scoring to a minimum — much like the Tampa Bay vs. Carolina contest two nights ago that closed with a 3-2 scoreline.

With so much on the line tonight for both clubs in regards to the Atlantic standings, we are expecting this game to be tight.

These two clubs have seen each other in the postseason recently and have plenty of playoff experience. They know this is the time of the year to switch up their playing style ahead of yet another Stanley Cup run.

Neither offense is humming right now and both teams are pairing solid goaltending with great blue lines. There won’t be much free ice tonight. This game has the making of another 3-2 finish, just like the last meeting in Boston.

Instead of the Under, we’re hitting a derivative market and hitting “neither team to score four goals” which is usually listed under the “race to goals” market and is offering an even better price (+105) than the Under. 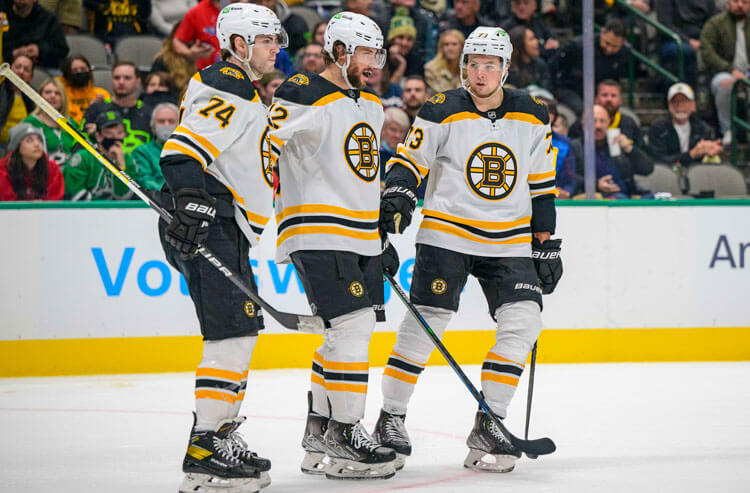