The Montreal Canadiens are one win away from a four-game sweep of the Winnipeg Jets and advancing to the semi-finals after last night’s 5-1 win at the Bell Centre.

The Jets won’t have much time to dissect their third straight loss to the division’s No. 4 seed and will need to find some offense if they want to keep their season alive. Winnipeg has totaled just one goal across the series’ last 120 minutes.

Here are our free picks and predictions for Winnipeg Jets vs Montreal Canadiens for Monday, June 7.

The Under is 5-0 in the Canadiens’ last five after scoring five goals or more in their previous game. Find more NHL betting trends for Jets vs. Canadiens.

The Montreal Canadiens have ripped off six straight playoff wins, which is surprising considering they didn't win four games in a row all year. After Sunday’s 5-1 win to push the series to 3-0 in their favor, the Habs have a 99 percent probability of advancing to the Stanley Cup Semifinals.

The story so far in this series has been Winnipeg’s inability to score. After losing their No. 1 center and leading scorer in Mark Scheifele (suspension), the Jets have managed just a single goal over Games 2 and 3. They did get center Paul Stastny back for Game 3, but the Jets still fell flat and scored on just one of their 29 scoring chances.

Defensively, the Jets didn't do themselves any favors in Game 3, either. Montreal finished with 4.28 xgoals, which was its highest output in the playoffs. Goalie Connor Hellebuyck allowed at least four goals for the second time this series. Winnipeg’s power play is also stuck in park, having gone 0 for 7 through three Round 2 games. The Jets have nothing going for them and the quick turnaround doesn’t help them either.

Carey Price has stopped 83 of the 87 shots he’s faced this series, including 56 of the last 57. You won’t find a calmer goalie in big games than Price, who has done it all over his well-decorated NHL career. He is by far the team’s MVP and is now the fifth-favorite to win the Conn Smythe award at +800.

The Habs did hit some bad news on Sunday night as defenseman Jeff Petry had to exit the game and didn’t return. His absence would be huge going forward as the Canadiens roll their top-four defenseman in heavy minutes and Petry has been playing nearly 25 minutes a game. The potential loss of Petry is a bigger storyline for the semi-finals as it will take more than that to get the Jets back in this series.

With the Canadiens getting the last change on Monday night, they will have no problems getting their defensive matchups in place, which has been the team’s M/O in these playoffs. Montreal forces you to adapt, and the Jets haven’t and are running out of time to do so.

Game 3 closed at a total of 5 on most books, but thanks to a 5-1 final, we’re getting both better odds and price on Monday.

How can we back an Over when the Jets simply have no answer for Price, Phillip Danault and the Canadiens’ game plan? In Game 1, the Jets managed three goals but one came shorthanded while the third came with the extra attacker. Through three games, they’ve managed just two goals at 5-on-5. They aren’t getting a ton of pucks on net either, as Winnipeg has failed to get more than 30 shots on goal in any game this series. Price has made some big saves, but he hasn’t been overly busy.

Even the Montreal offense has been sporadic despite 11 goals in the series. In yesterday’s 5-1 win, only two goals were scored at even strength with one coming shorthanded, another on the PP and the final goal with the empty net. Their 2.50 goals per game is the lowest mark out of any remaining team in the playoffs.

If the Jets have any chance to get back into the series, they're going to need Hellebuyck to step up. The reigning Vezina winner has turned in two sub-par performances this series but was nearly perfect in Game 2, stopping 23 of 24 shots. The Jets will need more of Game 2 Hellebuyck on Monday.

In an elimination game, we like a tight-checking match that hopefully won’t have many penalties. We like this total at 5.5 but wouldn’t suggest hitting the Under on a 5 as things can get unpredictable in the third frame of an elimination game. 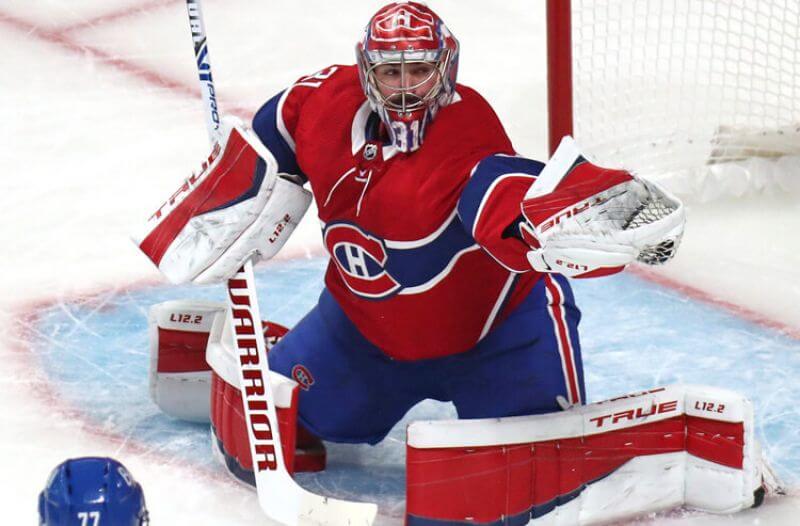 Jets at Canadiens Game 4 Picks and Predictions: Carey On, Wayward Jets
Provided by

Lightning vs Islanders Game 4 Picks and Predictions: Back In It 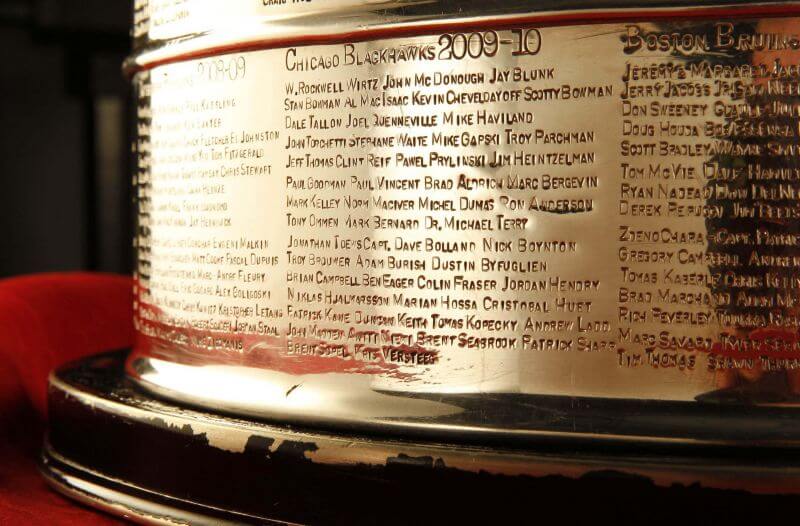