In what could be a first round matchup in this year’s Stanley Cup playoffs, the Montreal Canadiens travel to Ontario to take on the first-place Toronto Maple Leafs on Wednesday night.

Both teams will be without their No. 1 goalies, as Toronto’s Frederik Andersen will miss his ninth straight game while the Habs won't have Carey Price, who didn’t travel with the team and is dealing with an undisclosed injury.

Oddsmakers have the Leafs as a -152 home favorite with the total opening at a flat 6.

Here are our free picks and predictions for Montreal Canadiens vs. Toronto Maple Leafs for Wednesday, April 7 (7:30 p.m. ET).

The favorite is 19-7 in the last 26 meetings. Find more NHL betting trends for Canadiens vs. Maple Leafs.

The Leafs are 3-1 SU versus the Canadiens this season and are winners of four straight, with 15 of a possible 16 points taken over their last eight. Toronto hasn’t been blowing teams out of the water, but head coach Sheldon Keefe has his team playing their best hockey of the season right now.

On the other side, the Montreal Canadiens have won four of their last five games — despite a 10-day COVID layover — and now have a 98.6 percent chance to make the playoffs per Money Puck. The North’s fourth-place team may struggle to catch the Leafs with 21 games left, but a strong showing down the stretch from a rested Montreal squad could go a long way in not having to play Toronto in the first round.

It’s no coincidence that the Leafs have been dominating ever since starting goalie Frederik Andersen went down with an injury. In his place, back-up Jack Campbell has been other-worldly and has gone 6-0 SU with the No. 1 role. Campbell has been babied a bit in regards to his usage (see injury history) but with a full day off yesterday, the Sens on Saturday and the Habs on the following Monday, Campbell should be suiting up Wednesday night.

Opposing Campbell and the Buds should be No.2 goalie Jake Allen. Allen has been one of the best backups in the league this year and has outplayed starter Carey Price at times in 2021. He has, however, lost five of his last six starts and has played most of his games against the division’s worst teams.

Wednesday will be a tough task for Allen, as he has to face a Toronto squad that has its best player, Auston Matthews, back to full health and scoring at will. The Leafs have also been riding the red-hot hand of the second line that the visiting team is quite familiar with.

Former Montreal forward Alex Galchenyuk has found a home playing with center John Tavares and Willy Nylander since being acquired from Carolina last month. The second line has contributed four goals over the last two games and has been a perfect complement to the Leafs’ top scoring line of Matthews, Mitch Marner and Zach Hyman. This Toronto team rolls four solid lines and has one of the most underrated top-four defensemen in hockey.

We could see another close-scoring game, but the Leafs have looked like a real Stanley Cup contender and have a lot to play for, as Montreal could easily be a first-round opponent this year in the playoffs.

The season series has been split 2-2 O/U, but neither projected goalie starter has seen the opposition this year.

Looking at more recent games, the Leafs are 2-5-1 O/U in the eight games that Andersen has been out, while Campbell is 2-4 O/U in his six starts since taking over the starting role. The Leafs’ goalie owns a .937 save percentage and 1.67 goals against average over that stretch. Campbell leads the league in save percentage (.944), goals saved above expected/60 (1.037) and high-danger save percentage (.889), per Money Puck. Those are Vezina numbers for a goalie that has made only nine starts.

Allen may be going through a rough patch, but the netminder has allowed more than three goals just once all year — 12 starts. On the season, Allen is 3-9 O/U, as the Habs have done well playing defensive hockey, allowing just 2.33 goals against per game since March 1.

Despite running away with the division lead, the Toronto power-play has been horrific over the last 10 games. The Leafs finally scored their first PP goal in 27 attempts on Monday against the Flames. Over their last 10 games, the surprisingly inept PP has gone 1-for-27 which works out to a 3.7 percent success rate — worse than the Sabres.

Toronto has also played some disciplined hockey of late and has only been shorthanded 22 times over its last 10 games. The penalty-kill has picked up the slack of the power-play and has successfully killed off 19 of its last 22 penalties.

Both teams have found success with the Under recently and we’re looking to ride that trend with a pair of starting goalies who’ve shown that they can steal a game. 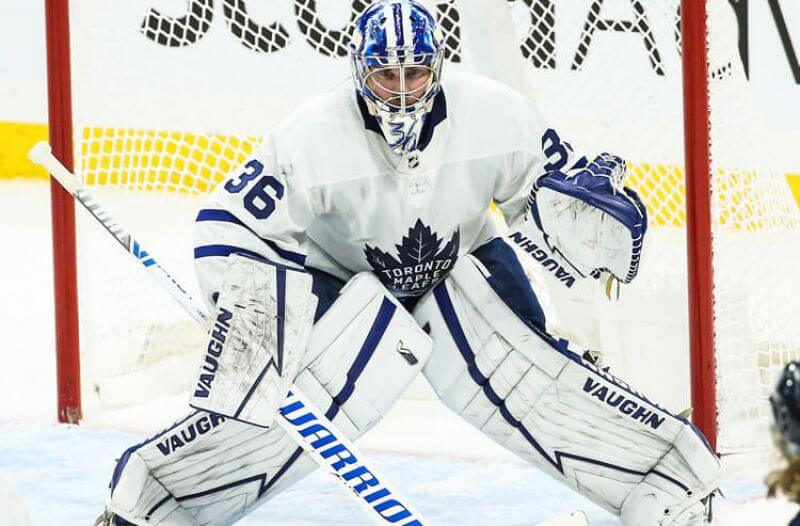 Islanders vs Bruins Picks: Boston Is Back On the Hunt
About Us
Contact Us
Careers
Our Team
Our Community