Jason Logan embraces the chaos that is Week 17 and loves what he's seeing from the Raiders defense as it heads into a meaningless finale with the Chargers.

As a football bettor, I love the way the NFL preseason and Week 17 dovetail into each other. The start of the season ends the same way it began: in sheer and absolute chaos. It’s the Circle of Life Simba.

In the preseason, little is known about a coach’s game plan or motivation. And much is the same in Week 17. The regular season finale is many different things to many different teams: some playing for the postseason, and others not. And it’s those “not” teams that I find hold the most value.

Ask any bookie, and they’ll huff and puff about the perils of setting lines for the regular season finale. With so many unknowns, Week 17 – much like the preseason – has books and bettors on a rare even playing field.

Some bettors may shy away from the anarchy and abstain for wagering on Week 17. Myself, I embrace the uncertainty, knowing that the guys on the other side of the counter (or computer screen) are squirming a bit. The books like mystery about as much as Steelers fans like James Harrison right about now, and most shops will drop their bet limits to protect against the pure lunacy that is the final Sunday of the regular season.

And while we're on the subject of confusing results, let’s go right to the most baffling team in the NFL this season: the Oakland Raiders.

There was a time when Oakland was at 8/1 to win Super Bowl LII, behind only the Patriots at 5/2. But it didn’t take long for the Silver and Black to tarnish. Now, with one game remaining on the schedule, the Raiders are starring down double-digit losses at 6-9 and heading to L.A. to play the possibly playoff-bound Chargers as big as 8.5-point underdogs.

The Bolts need a win Sunday and then some help from Ravens (to beat the Bengals) and Jaguars (to beat the Titans) to sneak into the postseason. That motivation has puffed this spread up past the key number of a touchdown, which is more than enough to lure me to Oakland.

Raiders head coach Jack Del Rio told the media he’s set on closing the season in style - and dousing those flames heating up his office chair. Oakland didn’t back down from the Eagles in a meaningless game in ice-cold temps on Christmas Day, losing 19-10 but covering as a 10-point pup. And if the Raiders can get up for that game, they can certainly show some teeth in a divisional matchup with a chance to play spoiler.

Oakland’s defense has steadily improved since the team canned defensive coordinator Ken Norton Jr. In the five games after that change, the Raiders are giving up an average of only 287 yards and 18.6 points per outing with assistant head coach John Pagano at the helm. That rejuvenated stop unit takes on a Chargers offense that has sputtered for scores of 13 and 14 points in the past two games.

On top of that, Oakland will be playing a default home game inside the StubHub Center, with legions of local dedicated fans left over from the L.A. days and a ravenous Oakland contingent that travels well. If the Bolts had trouble drawing backers on a regular Sunday, just think about all those empty seats on New Year’s Eve.

You have two head coaches on the hot seat, with both stating that they want to win this meaningless finale. Well, one of those coaches has watched his team get gashed for an average of 180 rushing yards over its last three games, and the other coach has no choice but to run the ball this Sunday.

With Houston down to its third string QB (and missing its fourth stringer), Bill O’Brien doesn’t have much of an option on offense. The less T.J. Yates the better, which means a healthy dose of handoffs to Lamar Miller and Alfred Blue. The pair combined for 163 yards on the ground in a blowout loss to the Steelers on Christmas Day.

And I should mention this game isn't completely “meaningless”. The Colts could slide to the No. 2 overall pick in the upcoming draft with a loss and a Giants win in Week 17. I’d like to say tanking is beyond James Irsay, but… you know.

Carolina is currently 18/1 to win the Super Bowl and 9/1 to win the NFC Championship. With the way the Panthers are playing, you’ve got to like those odds.

Carolina has been one of the better defensive units all year, ranked seventh in total yards allowed and giving up just over 20 points per game. The one knock against the Panthers has been their inconsistent efforts on offense, but it appears they’ve ironed out those issues just in time for this important matchup with the Falcons.

Cam Newton & Co., who can claim the NFC South title and a home playoff game with a victory, have averaged almost 31 points per game over the previous six outings. That boost in production has propelled the Panthers on a three-game winning streak and to a record of 7-1 SU in their last eight, covering the spread in six of those matchups.

Atlanta hasn’t looked anywhere that good all season, and is 2-2 in its last four games with the two wins coming by a field goal each. The Falcons have played 10 games decided by a touchdown or less, going 6-4 SU but just 3-7 ATS in those nail bitters. Carolina, on the other hand, is 7-1 SU and 5-3 ATS in its eight games decided by seven points or less. With a lot on the line for both teams, this NFC South slugfest is setting up for dramatics.

Jason Logan is the senior managing editor for Covers.com. You can tell him how much his NFL underdog picks suck on Twitter @CoversJlo. 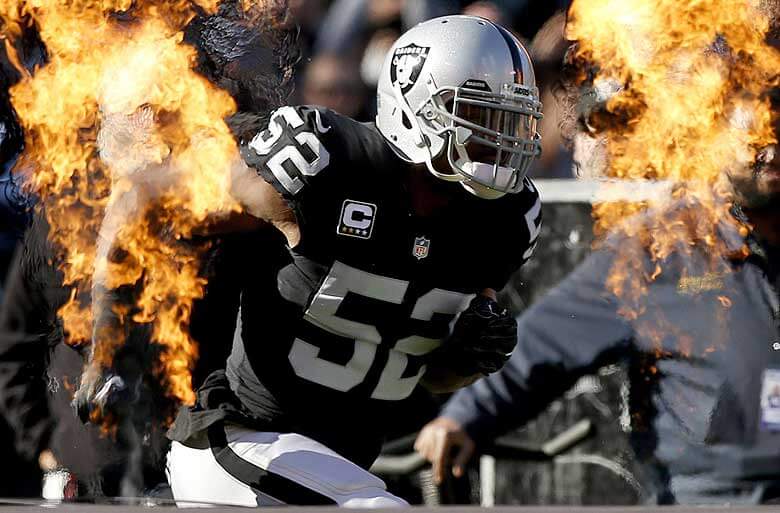