Nick Foles has a steady-enough hand to complement Chicago's strong D and keep things competitive against the Rams.

The Chicago Bears might be the league's most underrated 5-1 team as they head to the West Coast to face the Los Angeles Rams in Monday Night Football action for Week 7.

The Rams roll into this matchup with a 4-2 record but will try to bounce back from a 24-16 loss last weekend to the 49ers.

We break down the NFL betting odds with our free picks and predictions for the Bears vs Rams on Monday Night Football, October 26, with kickoff at 8:15 p.m. ET.

This game will be taking place at SoFi Stadium which is covered by a transluscent roof, so weather will not play a role. Be sure to monitor the gametime conditions with our NFL weather info.

The Under is 13-3 in the Rams' last 16 games as a favorite. Find more NFL betting trends for Bears vs. Rams.

The Rams are 4-2 this season but all four of those wins came against teams in the NFC East, the worst division in the NFL. Victories against Washington and the Giants might count in the win column, but in the words of Shania Twain: "that don't impress me much."

Sure, most of the Bears' wins haven't been against quality opponents either, but they did beat a strong Buccaneers squad and are being spotted six points in this contest.

While the Rams offense has flashed at times this year, quarterback Jared Goff still tends to implode when facing pressure and Khalil Mack and the Bears pass rush will definitely be bringing the heat.

New Bears QB - and former Super Bowl MVP - Nick Foles might not be statistically superior to Mitchell Trubisky, but he's a gamer that knows how to rally the troops around him. Look for Foles to do just enough on offense - while the Bears stop-unit does the rest - to cover the spread on Monday night.

Defensive Player of the Year front-runner Aaron Donald leads a Rams stop-unit that holds opponents to just 19 points and 318.5 yards per game, both good for Top 5 in the NFL.

The Bears aren't far behind, allowing 19.3 ppg and 337.2 ypg, both good for seventh-best in the league. Chicago also has the league's second-best third-down defense and the highest-rated red-zone defense, allowing foes to score a touchdown on just 36.4 percent of trips inside their 20-yard line.

The Under is 4-1 in the Bears' last five games overall and has also cashed in six of the Rams' previous eight games at home. Take the Under again on Monday night.

The Rams offense looks solid if you just scan their season averages, but they have been very inconsistent on a week-to-week basis.

Los Angeles mustered 20 points against the Cowboys' brutal defense in Week 1, generated just 240 yards of offense versus the Giants, and are coming off a 16-point effort against the 49ers.

This isn't Kurt Warner and the Greatest Show on Turf anymore, hell it's not even the Rams' high-tempo attack from two years ago. Don't expect to see the Rams run up the score against a stout Bears defense and take the Under on their team total. 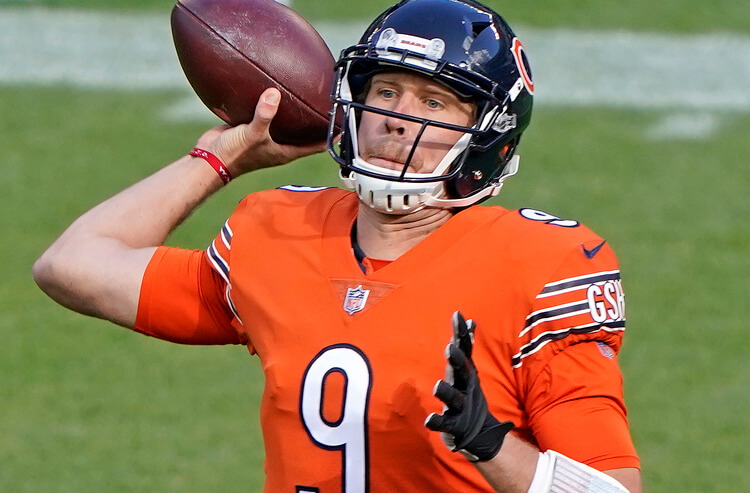