The Green Bay Packers are currently the most public play of NFL Week 6, with 73 percent of bets coming in on the Cheeseheads -3 at Minnesota Sunday.

There’s nothing wrong with being a contrarian, besides the fact that most people can’t stand your guts. But their barbs are quickly dulled when you consider that zigging when everyone else zags has produced 70 percent ATS winners this NFL season.

That’s right. If you went against the grain so far this NFL season, you’re cashing in like crazy. According to our Covers Consensus numbers, which calculate the percentage of bets on either side of a game, NFL teams garnering a consensus of 60 percent or higher are just 9-21 against the spread. If you played against the public in those one-sided situations, a $100 bet on each one of those games would have made $1,011 – given the standard -110 juice on pointspread wagers.

NFL teams attracting between 60 and 64 percent of bets are a collective 4-8 ATS while those attracting between 65 and 69 percent are a horrid 3-10 ATS. The biggest public darlings – those teams hitting the 70 percent mark or higher – are 2-3 ATS as of Week 5.

Fading the public is nothing new to sports bettors. Savvy handicappers can smell something fishy when it comes to consensus reports measured against the current pointspreads, triggering alarm bells that things just don’t add up. Often times, these games are the biggest decisions of the day for the sportsbooks, and we don’t have to tell you that it’s usually good to be on the side of the bookies in those contests.
**video
Case in point: the Detroit Lions were -2.5 home favorites to the Carolina Panthers in Week 5 and garnering 64 percent of bets, according to Covers Consensus. Carolina was primed for a letdown spot after an upset win over New England in Week 4 and had been distracted all week by Cam Newton’s careless comments toward a female reporter. The Lions, on the other hand, were 3-1 and could have easily been undefeated if not for a tough goal-line call versus Atlanta in Week 3.

Numerous sports betting analyst – including some of Covers’ own personalities - gushed over the value with Detroit at home laying less than a field goal in Week 5. And then the Panthers won outright 27-24, holding off a fourth-quarter push from the Lions for the victory and handing the majority of NFL bettors a loss against the spread.

That was one of just two qualifying games in Week 5 that finished with a consensus of 60 percent or more on one side, the other being the Buffalo Bills +3 (60%) at Cincinnati. Buffalo lost 20-16. The real money fading the public, however, was made in Week 3 when those popular picks of 60 percent or more went just 1-9 ATS. Pointspread underdogs posted an 11-5 ATS mark that same week, helping books spank the betting public, which normally gravitates towards the favorites.

These public-fading results are good for the bookmakers, especially when you consider the 2016 NFL season. Last year, the top teams in the NFL consistently covered the spread while those clubs at the bottom of the standings were poison for football bettors.

The Top 5 teams – New England, Dallas, Kansas City, Oakland and Atlanta – were a collective 52-28 ATS (65%) and the Bottom 5 – Cleveland, San Francisco, Chicago, Jacksonville, L.A. Rams – finished 27-51-2 ATS (35%). You could have made a fortune simply betting on the good teams and fading the bad – something that the general public does each and every Sunday.

So far in 2017, there’s almost zero gap in terms of ATS results between the top and bottom of the league – save for the 5-0 SU and ATS Kansas City Chiefs. Heading into Thursday’s Eagles-Panthers game, favorites are just 32-42-1 against the spread – covering 43.24 percent of the time.

And as of Thursday, there are seven games with one side drawing more than 60 percent of the bets:

NFL bettors will want to keep a close eye on those consensus percentages the closer we get to Sunday, as well as the line movement. If the percentage of bets grows but the line moves in the opposite direction – also known as reverse line movement – this could be your hint to fade the public as sharper action and bigger bets land on the other side of that public opinion.

So, you may want to try being a contrarian in Week 6. You won't make any friends, but you might make a lot of money. 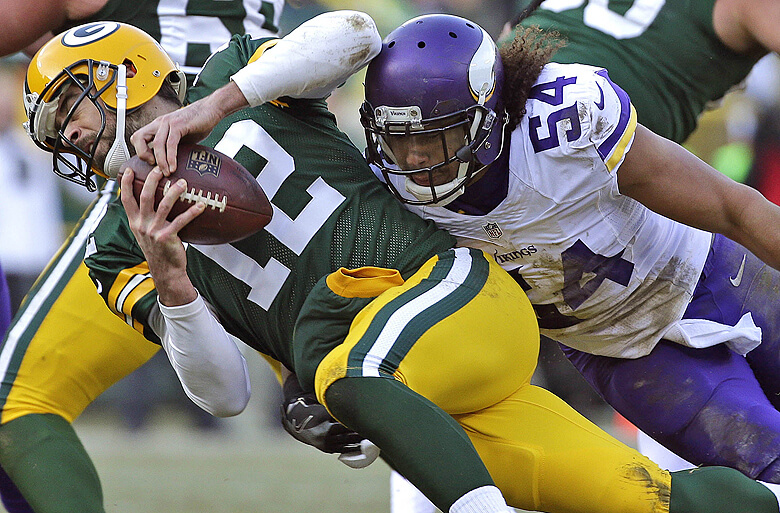