TCU heads to Lubbock losers of two straight but matchups with Texas Tech have been favorable as of late, with the Horned Frogs having won two in a row against the Red Raiders. Find out which streak will go on with our picks.

The TCU Horned Frogs and Texas Tech Red Raiders face one another at Jones AT&T Stadium in Lubbock, Texas at 7:00 p.m. ET on Saturday, October 9. TCU enters this one hoping to avoid a three-game losing streak, but the team has won two in a row against Texas Tech.

Will the Red Raiders take care of business at home? You’ll want to keep reading our TCU vs. Texas Tech picks and predictions to find out.

Despite the Red Raiders having the better record between these teams, the Horned Frogs were 1.5-point favorites at open. Since then, TCU has moved to a 2.5-point favorite almost everywhere. The total keeps moving down in this one, as it opened at 62.5 and has since moved to 60.5. Use the live odds widget above to track any future line movements right up until kickoff and be sure to check out the full college football odds before placing your bets.

Texas Tech is 5-1-1 against the spread in its last seven games as a home underdog. Find more NCAA betting trends for TCU vs. Texas Tech.

Henry Colombi wasn’t supposed to be the man under center for Texas Tech this season. That would be former Oregon quarterback Tyler Shough, who was once considered a big-time NFL prospect. However, Shough struggled at the start of the season and is now out for the year with a broken collarbone. That leaves Colombi as the lone option for the Red Raiders, but the Utah State transfer has been solid since stepping into action.

Over the last two weeks, Colombi has thrown for 590 yards with three touchdowns and only one interception. Now, the senior gets to face a Horned Frogs defense that hasn’t been as good as usual in 2021. TCU is allowing an average of 27.3 points per game this season, and the team just doesn’t have any sort of a pass rushing presence. Considering the passing game would be one of Texas Tech’s main weaknesses, that’s just not a good sign for the Horned Frogs. Colombi isn’t talented enough to go out and win a game by himself, but he is more than capable of standing in the pocket and throwing with his feet set. For that reason, it’s hard to envision TCU doing what it needs to do to get Texas Tech’s offense off the field enough in this game. The Red Raiders have a good running game, and they have the depth to deal with the potential absence of Tahj Brooks, the team’s leading rusher.

Defensively, Texas Tech is an absolute disaster against the pass this season. The Red Raiders are, however, going up against Max Duggan, whose main selling point is that he’s capable as both a runner and a passer. But Duggan is not the type of quarterback to come out and shred a defense for 350 passing yards. That means that if Texas Tech can keep TCU modest on the ground, this should be a game that favors the Red Raiders — and at this low of a spread, it wouldn’t be the worst idea in the world to take the money line.

Four of the last five meetings between these teams have gone Under the total, and it’s not likely that these teams buck that trend this weekend. While these teams both have their flaws on the defensive side of the ball, they also lack the necessary firepower for this game to turn into a shootout. Sure, both of these schools have had some high-scoring games this season, but those were in contests against teams that love to play at a super high pace. That’s not exactly the case for either team in this game.

Since Gary Patterson became the head coach of TCU, the Under is 8-3 in games in which the Horned Frogs are favored by three or less on the road. The Under is also 7-3 when TCU is coming off back-to-back games of allowing 31 or fewer points. That second one is telling, as it suggests that Patterson is quite good at solving his team’s defensive issues. He won’t be able to do that completely, but he can do enough to make sure this doesn’t get out of hand. 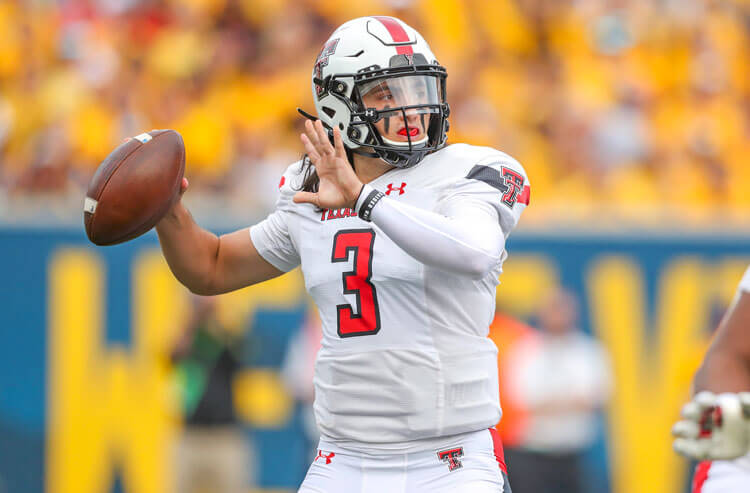