Despite getting gashed by Ohio State last weekend, this Rutgers defense should be more than up for the task of stopping Nebraska. On the other side, the Huskers' poor defense may be just what Rutgers needs to get its offense rolling — read more below.

Big Ten action will take center stage tonight with the Nebraska Cornhuskers heading on the road to take on the Rutgers Scarlet Knights.

Despite an ugly start to the season that included the firing of head coach Scott Frost, Nebraska (2-3, 1-1) is coming off a 35-21 home win over Indiana while Rutgers (3-2, 0-2) is still in the proverbial Big Ten dumps, scoring just 20 points in two conference losses.

Can Nebraska build on its Week 4 victory or will Rutgers play spoiler at home with an upset win? Read our college football picks and predictions below to find out.

Nebraska vs Rutgers picks and predictions

Despite the lack of offensive output from Rutgers to start the year, this Nebraska defense presents a perfect opportunity to right the ship.

Scoring 20 points in two conference games is never an encouraging sign, but doing so against a signature Iowa defense and a much-improved Buckeyes stop unit feels more like par for the course. The Huskers won't show nearly as much resistance and it should allow for some much-needed openings for Greg Schiano's offense.

Rutgers quarterback Evan Simon's season has been up and down but despite giving away two touchdowns to Iowa's secondary, he also threw for 300 yards against it. He can and should move the ball through the air against a Nebraska defense that is among the 10 worst in all of college football in passing defense (303.5 ypd, 122nd). That should only be complimented by a ground game that ranks 55th in rushing yards per game on 4.31 yards per carry.

On the other side of the ball, Rutgers will have a huge advantage. Despite giving up 49 points to Ohio State (find me a team who hasn't), this Scarlet Knights defense has been more than formidable.

Giving up an 18th-lowest 283.4 yards per game and a 19th-lowest 96.8 rushing yards, Rutgers has what it needs to limit this Casey Thompson-led Nebraska offense (fall between 47th and 50th in total offense, passing offense, and rushing offense), so long as they're not Buckeyes disguised in Cornhuskers jerseys. And Ohio State and Iowa's defensive touchdowns aside, this defense hasn't given up more than 22 points yet this season.

Nebraska's 35-21 win against Indiana is encouraging but the Huskers are now tasked with playing their first true road game against a team — and more particularly, a defense — that will be desperate to once again prove itself after getting gashed by Ohio State. Take the field goal with the home team looking to get back on track.

Nebraska's 14-point win over Indiana as 6.5-point home faves was its first cover of the season after a disastrous 0-4 ATS start, failing to cover those four games by an average of 18.25 points.

Now, with an encouraging win and cover under their belts, the Cornhuskers' market has seemingly corrected itself, with college football betting odds slating Nebraska as slim 3-point favorites at Rutgers.

Despite struggling offensively, the Scarlet Knights are 2-2-1 ATS on the season with the push coming at Ohio State last week as 39-point road pups. Take away that OSU performance and this is a defense that has held opponents to under 18 points per contest.

On offense, I'm expecting a much better performance from Evan Simon. That in combination with a solid run game and its stout defense should allow Rutgers to control possession and — as a result — the game.

You might be inclined to follow the action on the Under — especially considering some of the really low final scores we've seen from Rutgers — but there's more than meets the eye here. Every single one of Nebraska's games this season would have gone Over this sub-50 total with an offense that's averaging 31.4 points per game on the season.

And while a contrarian would point to Rutgers' offensive struggles, I've already discussed above why that might be destined to change Friday night with the Huskers being arguably the worst FBS defense Rutgers has faced so far this season.

I'd recommend staying away from the total here altogether. 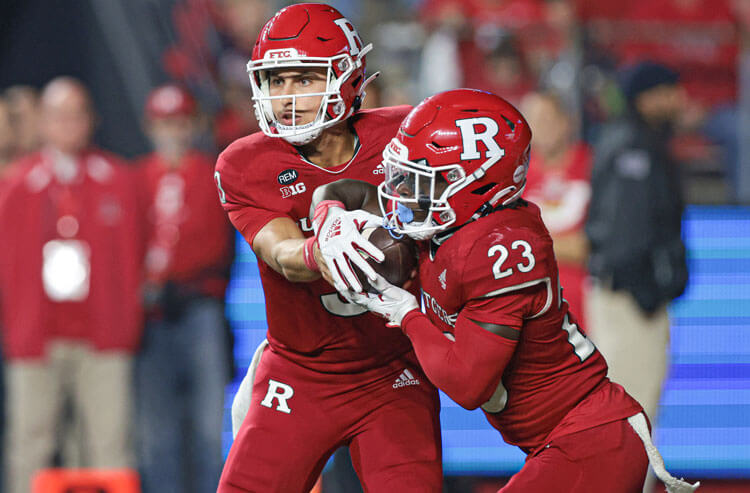 Nebraska vs Rutgers Odds, Picks and Predictions: Scarlet Knights Break Out vs Huskers D
Provided by