Because you can never get too much football, too early, CG Technology today came out with its college football regular-season win totals. And there are certainly some interesting numbers for bettors to digest.

First off, only two teams opened with a double-digit win total. Not surprisingly, perennial national championship contender Alabama is one of them. The Crimson Tide have the highest total, at 10.5 wins, and if you’re betting the over, you’ll pay a heavier price, at -150. The under is +120.

“They’re always one of the most popular teams. You have the best head coach and best recruiter in Nick Saban,” said Frank Yi, lead data analyst for CG Analytics, while noting the Tide’s defense took a hit in the offseason. “They do bleed a lot of talent this year. They lost Jonathan Allen and Dalvin Tomlinson up front, Reuben Foster in the middle, Tim Williams, Ryan Anderson. I could keep going on names, but they’re used to bleeding talent every year. They’re an NFL factory, and they’ll find a way to replace that."

Ohio State has the other double-digit total, opening at 10 and also with a price that leans toward the over, at -125, with the under at -105.

“They didn’t make it to the playoff last year, (but) they are always replenishing their talent,” Yi said. “Urban Meyer is one of the best coaches in the nation, great recruiter as well, a little bit in that Nick Saban mold.”

Among those opening at 9.5 were Wisconsin and Penn State in the Big 10, Oklahoma, Florida State and a pair of Pac-12 teams in Washington and Southern Cal. The Huskies made the four-team College Football Playoff last season, and the Trojans are getting a lot of offseason hype.

“They’re a popular team, they finished strong last year,” Yi said. “Sam Darnold has become a public darling. He is potentially a No. 1 pick in the NFL Draft, at least according to early mock drafts.”

Clemson, which faced Alabama in the last two national title games and beat the Tide in last year’s tilt, has seen star quarterback DeShaun Watson move on to the Houston Texans in the NFL. CG put the Tigers’ win total at 9.

CG posted totals only for teams in the Power Five conferences – the SEC, Big Ten, ACC, Big 12 and Pac-12 – and again, these totals are for the regular season only, not counting conference championship games, bowl games or playoff games.

A few teams brought up the rear with a win total of 5.5: Arizona, Duke, Indiana, Mississippi State and South Carolina. 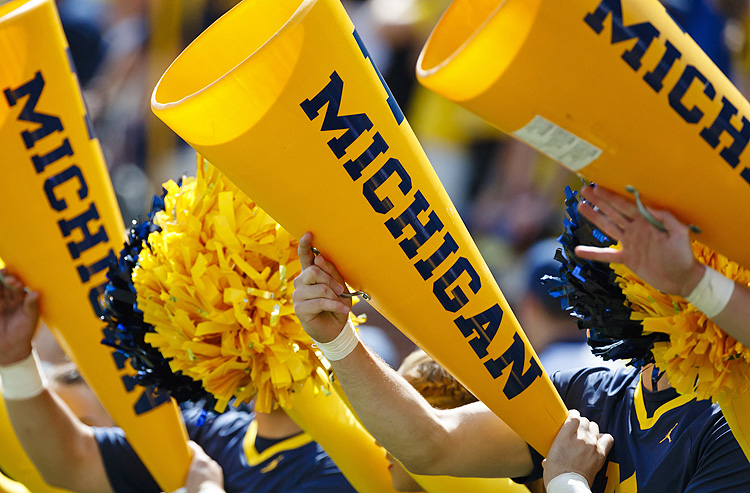