The Texas Tech Red Raiders and TCU Horned Frogs will know each other all too well over the next week, with these Big 12 rivals tipping off twice starting Tuesday.

These programs were originally slated to play on February 15 but the game was postponed a day due to inclement weather. The rearranged schedule will now see Texas Tech host TCU in Lubbock on Tuesday before the two teams meet again in Fort Worth on Thursday.

Check out our NCAA basketball betting free picks and predictions for Texas Tech vs. Texas Christian on February 16.

Texas Tech is 6-1-1 ATS in its last eight vs. TCU. Find more NCAA betting trends for Texas Tech vs. TCU.

Texas Tech opened as a 9-point favorite on the road while the total hit the board at 136 points Sunday afternoon. Check back later for a full report from Patrick!

The Red Raiders were ramping up for a hot streak in the final leg of the regular season but watched their three-game winning run come to an abrupt stop versus West Virginia on February 9 – a loss highlighted by coach Chris Beard's two-technical freak-out in the final minutes.

Texas Tech's 22nd-ranked defense couldn't cool off WVU’s attack, which fired at 49 percent from the field and set the tone with a 40-point first half. The Red Raiders allow only 28.2 average first-half points on the season and had locked down three opponents prior to the Mountaineers to just 76 total points in the opening 20 minutes of action – an average of 25.3 points.

Texas Christian was slow out the blocks – and for most of the game – in its loss to Texas on Saturday. The Horned Frogs scored just 29 points in the opening frame and a mere 55 points for the contest, shooting 37 percent (including a 7-for-21 day from outside) and turning the ball over 15 times.

Those mistakes are extra costly against TTU's defense, which forces foes to commit 16.9 turnovers a contest (12th most in the county). Texas Christian is coughing up the ball at a rate of 13.8 times per outing and while the Frogs returned starting guard Mike Miles from a non-COVID illness this past weekend, sophomore reserve guard Francisco Farabello is questionable for Tuesday.

The Red Raiders have won five of the previous six matchups with TCU, boasting a 4-1-1 ATS mark in those games.

Texas Christian had seen an uptick in production since its overtime loss at Missouri on January 30. The Horned Frogs scored 89 points in regulation in that game but followed it up with efforts of 81 and 79 points, in victories over Oklahoma State and Iowa State, before laying an egg versus the Longhorns.

But that streak came on the heels of three straight losses in which TCU mustered totals of only 49, 46, and 51 points. On top of that, the Horned Frogs' matchup with Baylor on February 6 was postponed, which delayed an inevitable beating at the hands of the No. 2 team in the nation.

So which version of Jamie Dixon's squad shows up Tuesday?

The talented backcourt for TCU tangles with a premier defense (TTU ranked 18th in defensive efficiency at KenPom.com) and doesn't pose the same threat from the outside like West Virginia or Baylor do – the last two teams to beat Texas Tech. Those rival offenses could stretch the Red Raiders with long-range looks, but Texas Christian (117th in 3-point percentage) doesn't command the same respect.

Beard's system will funnel the Horned Frogs guards into help defense and traps, backed behind some solid shot blockers (4.2 blocks per game) and defenders with a nose for the basketball (7.2 steals per game). On offense, the Red Raiders will thrive on points off turnovers and bring the halfcourt game to a slow simmer with the 284th-rank tempo in the land (66.2) 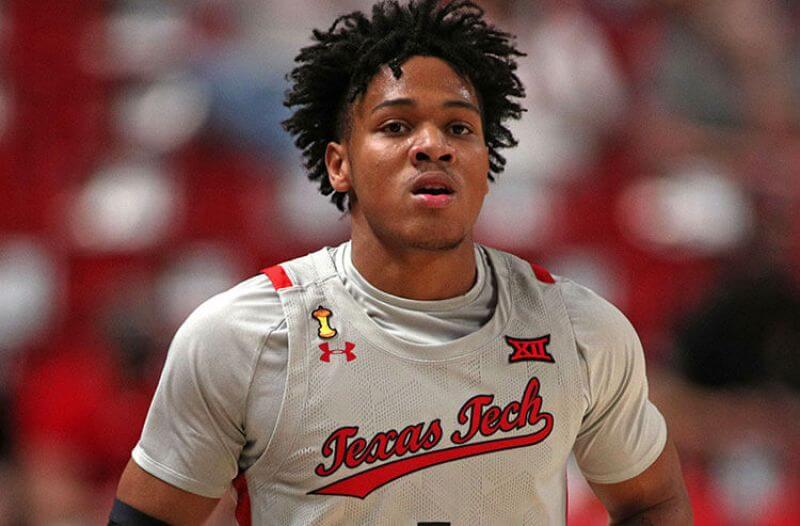