It's been an incredible run in the conference tournament for the Aggies and we like the underdogs to make it a game against the Volunteers in the SEC Finals. Read more in our Texas A&M vs. Tennessee college basketball betting picks.

The Texas A&M Aggies face off against the Tennessee Volunteers for the SEC Tournament Championship on Sunday afternoon.

Texas A&M has put together a Cinderella run to the conference finals, but oddsmakers don't expect a happy ending for the Aggies faithful with college basketball betting lines opening with the Vols as 6.5-point favorites.

Here are our free college basketball picks and predictions for the SEC Finals on March 12, with tipoff at 1:00 p.m ET.

This line hit the board on Saturday night with the Volunteers installed as 6.5-point favorites with the Over/Under at 130.5.

The Aggies are 7-0 ATS in their last seven games overall. Find more NCAA betting trends for Texas A&M vs. Tennessee.

The Aggies entered this tourney as the No. 8 seed and were seen as a longshot to make the NCAA Tournament after a regular season which saw them go 20-11. But after three straight upsets (including back-to-back wins against ranked foes), they look like a bubble team and could book an automatic bid with a conference title.

The Aggies are peaking at the right time, going 7-0 SU and ATS in their last seven games, and they've somehow gotten more impressive with each step up in competition.

They started the tournament with an overtime win against Florida, beat the No. 4 ranked team in the country in Auburn thanks to some stifling first-half defense in the quarterfinals, and then dominated Arkansas on both ends of the floor in an 82-68 victory on Saturday.

Now they face off against the Volunteers who have also been red-hot going 14-2 SU and 10-6 ATS in their last 16 games. The Vols also defeated Auburn and Arkansas during that span and they're fresh off a 69-62 victory against No. 2 seed Kentucky in the semis. Tennessee shut down the Wildcats' high-powered offense in that contest limiting them to a 34 FG%.

Defense has been the key to Tennessee's success this season with the Vols ranking third in the country in adjusted defensive efficiency according to KenPom. They've been less impressive offensively, ranking outside the Top-200 schools in the country with a 43.1 FG%.

The Aggies have been a bit better offensively, shooting 44.1% from the field, and leading scorer Quenton Jackson is averaging 20.3 points per game over his last eight contests.

While Texas A&M isn't quite on Tennessee's level when it comes to defensive play, they're still very tough on that end of the floor, holding opponents to 42% shooting from the floor and shutting down Arkansas and Auburn in back-to-back contests.

Both of these teams are playing with lots of momentum at the moment and while the Vols should get the win, it's tough to overlook the Aggies on the spread at number.

These sides combined for a whopping 170 points when they previously clashed on February 1, but we're expecting a far lower-scoring game this time around.

The Vols have been terrific defensively, limiting opponents to just 63.2 ppg on 40.5% shooting. They've looked even better lately, holding Mississippi to 59 points in the quarterfinals and limiting Kentucky to a paltry 22 points in the first half, forcing SEC Player of the Year Oscar Tshiebwe into foul trouble.

The Aggies have also been locking down defensively, holding Arkansas to 64 points and Auburn to 62. They've been especially effective at contesting shots on the perimeter, with foes shooting just 22% from 3-point range over their last four games.

Both of these squads are also among the best in the country at pressuring opponents into making mistakes. The Aggies and Vols are actually tied for 10th in the country in opponent turnovers per offensive play. When they do force turnovers, they aren't the type of team that runs the floor looking for quick transition buckets, typically preferring to slow down the play and set up in the half-court.

The Aggies really hit a rut in mid-January, losing eight games in a row. Outside of that ugly streak, they've been very competitive. Sure, they have flaws, but practically every team in the country does and you can't discount a gritty win against Auburn and a comfortable victory versus Arkansas.

Hell, their most glaring flaw is probably their lack of size and that's something that Tennessee isn't even equipped to exploit given that the Vols play a lot of small-ball built around guards Kennedy Chandler and Santiago Vescovi.

We're all aboard the Aggies' train and taking the underdogs with the points. 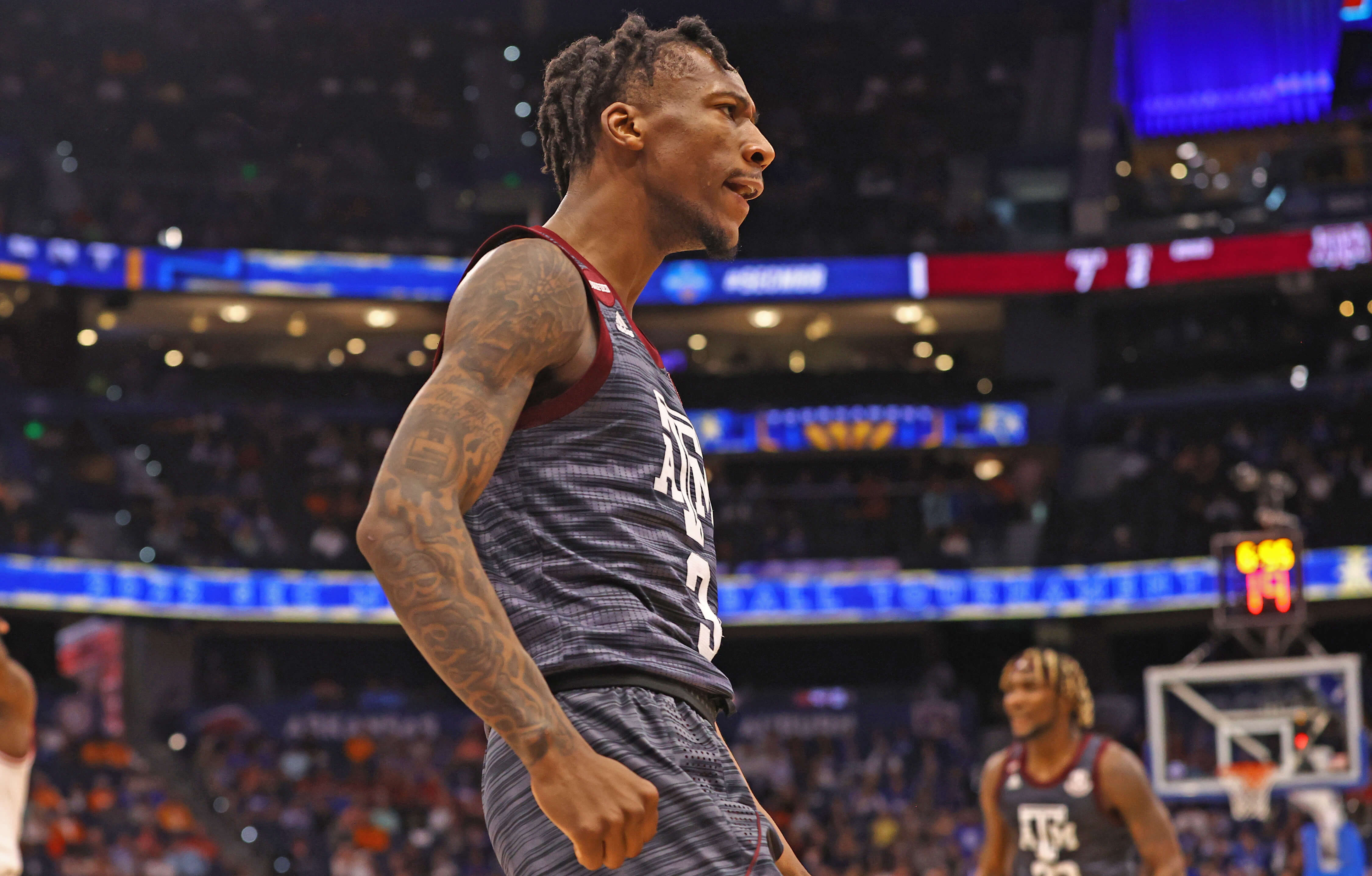