The Flyers have been cruising of late and excelling on both ends of the floor, while the Rams have lost their footing. Don't expect the favorites to falter at home, as our Rhode Island vs. Dayton picks explain.

The Rhode Island Rams face off against the Dayton Flyers in an Atlantic 10 conference clash on Friday night.

The young Flyers have been on a roll and oddsmakers expect them to win tonight, with college basketball betting lines opening with Dayton as a 6-point home favorite.

This line hit the board with Dayton installed as a 6-point favorite with the Over/Under at 123.5. Early money has come in on the Over, shifting the line to 124, while the spread has stayed at -6 as of noon ET.

The Under is 7-0 in Dayton's last seven home games. Find more NCAA betting trends for Rhode Island vs. Dayton.

Rhode Island is coming off back-to-back home losses to Richmond and George Washington and now takes to the road looking to improve on a 3-3 record in Atlantic 10 play.

The Flyers came into this season with plenty of new faces and have gotten better with every week as they start to gel with each other. Freshmen DaRon Holmes (11.9 points, 5.9 rebounds, and 2.5 blocks per game) and Malachi Smith (10.9 points and 4.3 assists per game) have been big contributors while Georgia transfer Toumani Camara (10.1 ppg, 6.5 rpg) has been a versatile piece in the frontcourt.

The Rams have a strong duo of bigs in twins Makhi and Makhel Mitchell, but despite their length, they rank outside the Top-100 teams in the country in rebounding rate, while Dayton ranks 14th. Rhode Island has been very tough on the defensive end of the floor and has shot an impressive 48.2 percent from the field on the season. However, the Rams have shot just 41.7 percent in their last three games, and losing at home to 6-12 George Washington is not a good look.

The Flyers are shooting an efficient 47.6 percent from the floor and have also been locking down defensively, holding opponents to 55.3 ppg on 37.5 FG% in conference play. Expect them to win and cover against a struggling Rhode Island squad.

With a total of just 124, this is an extremely low number, but we're still leaning towards the Under. The Flyers have allowed just 55.9 ppg in their last eight games, going 7-1 to the Under in that span.

Meanwhile, the Rams limit foes to a field goal percentage of 37.8, the eighth-best number in the country.

These teams also play at a sluggish tempo, and while they shoot at a high clip from the field, there are still issues offensively. Both schools turn the ball over too much, can't shoot from beyond the arc, and don't hit free throws at a high rate. Take the Under.

While there is some concern that Dayton plays at such a slow pace that covering six points won't be easy, backing them on the spread still looks like a safe call. The Rams have not looked good lately and will be on the road against a Dayton squad playing very well on both ends of the floor.

Don't forget that this is a Flyers squad that upset Miami and Kansas on neutral ground earlier this season and could make noise in March. Dayton has also owned the head-to-head in recent years, winning four of the last five meetings between these conference rivals and going 4-1 ATS. Take the Flyers at -6. 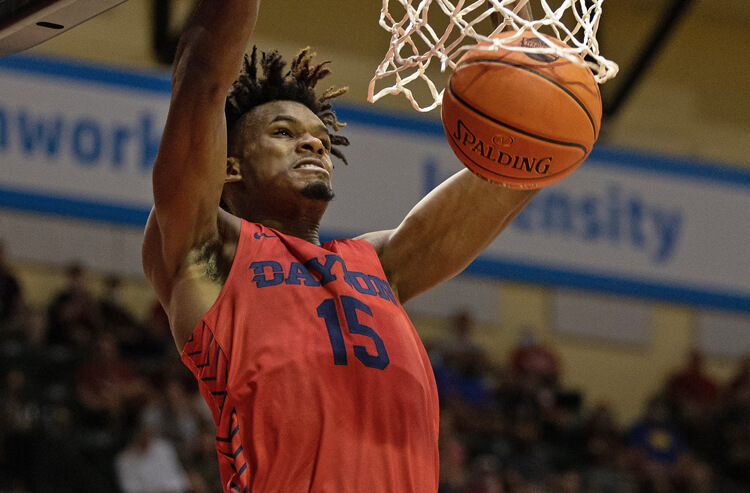