The college basketball betting board for Friday might not feature a single team in the AP Top 25, but there is still some terrific mid-major action headlined by a clash between the Colorado State Rams and Nevada Wolf Pack.

These are two of the better teams in the Mountain West Conference and oddsmakers are expecting a close battle, with this game opening as a pick'em before moving to Colorado State -1.

We bring you our best free Colorado State vs. Nevada picks and predictions for Friday, March 5, with tipoff at 9 p.m. ET.

Colorado State opened a slim 1-point favorite very early today at FanDuel and moved to -1.5 midmorning. However, the line jumped the fence this afternoon to Nevada -1 and then onto -1.5, where the number rests at 6 p.m. ET. The visiting Rams are taking 73 percent of spread bets and 61 percent of spread cash. The total bounced between 145 and 144.5 a few times today and is now at 144.5, with 56 percent of bets/65 percent of cash on the Over.

These teams played in an absolute thriller when they met up at the end of January, with Colorado State winning 92-91 at home.

The Rams are 17-4 SU this season (14-3 in conference play) and are in second place in the Mountain West Conference. They come into this game having won five in a row and are 3-2 ATS over that span.

Nevada has been one of the best ATS schools in the country, going 16-6 ATS this season. The Wolf Pack are 14-9 SU and have clinched the fifth seed and final bye in the Mountain West Tournament. However, they are coming off back-to-back losses to Utah State and will need to turn things around if they want to finish the regular season on a high note.

That said, both of those recent losses came on the road, and the Wolf Pack have been much better at home where they are 9-2 SU and had consecutive wins against Boise State who were ranked at the time.

While the Rams have been very efficient on both ends of the floor, leading the conference in field goal percentage and ranking fourth in opponent shooting percentage, their shooting does suffer in away contests. While Colorado State shoots a sizzling 51 percent at home, that number drops to a more modest 45.7 percent on the road.

Led by conference player of the year candidate Grant Sherfield (18 points and 6.2 assists per game), Nevada has an average scoring margin of plus-8.4 ppg at home. With the Wolf Pack 6-0 ATS in their last six games in Reno, back them tonight.

We mentioned that the Rams' offensive play takes a major step back on the road, but good defense always travels well. Colorado State holds opponents to 64.2 ppg on 41 percent shooting and that shooting percentage actually slightly improves to 40.8 percent on the road.

The Wolf Pack rank third in the conference in opponent field goal percentage at 40.3 percent and they limit foes to 64.6 ppg at home.

They may have combined for a whopping 183 points when they last met up, but we're expecting a lower-scoring battle this time around. Take the Under.

Did you know that if you parlayed today’s NCAA Colorado State vs. Nevada picks, you could win $26.45 on a $10 bet? 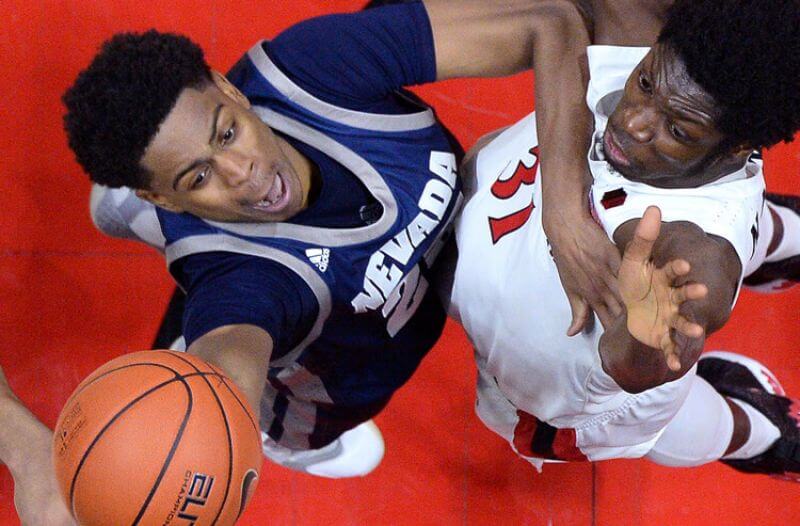 Colorado State vs Nevada Picks: Hungry Like the Wolves
Provided by