California vs Stanford Picks and Predictions for February 7

It's Super Bowl Sunday and most leagues know better than to compete with the NFL for eyeballs. However, there is one college basketball betting option to watch after the Lombardi Trophy is handed out, with the California Golden Bears facing the Stanford Cardinal at 10 p.m. ET.

So if you've got some money burning a hole in your pocket with your Super Bowl winnings, check out our best free California vs. Stanford picks and predictions for Sunday, February 7.

The Under is 10-1 in the Golden Bears' last 11 games against teams with a straight up winning record. Find more NCAA betting trends for California vs. Stanford.

Cal was embarrassed on their home court against Stanford on Thursday, losing 70-55. That game was all about momentum, with the Golden Bears taking a 16-13 lead after the first 10 minutes before the Cardinal went on a 29-13 run to close the half.

In the second half, the Bears once again roared out of the gate, going on a 14-4 run to cut the lead to just three points. Then they went ice cold from the field, allowing Stanford to pull away for the easy victory.

The big question for Stanford is the status of three starters with Ziaire Williams, Daejon Davis, and Bryce Wills listed as questionable tonight. All three have missed the last several games for the Cardinal.

Stanford has played hard without them, winning on the road against Arizona and beating UCLA in overtime. If any of those starters play tonight, the Cardinal will be able to cover this spread and, even if they don't, their depth still gives them a decent chance against a Golden Bears team that might be the worst in the conference.

Meanwhile, the Cardinal are 18-8 ATS in their last 26 games as home favorites, and keep in mind that this is just their second game at Maples Pavillion this season after playing at Santa Cruz due to COVID-19 restrictions. Lay the points with Stanford.

The Golden Bears have been brutal on the offensive end of the floor, averaging just 65.2 points per game, with that number dropping to 59.6 ppg over their last five contests. They also play at an incredibly slow pace, ranking 321st in the country in adjusted tempo, according to KenPom.

That plodding style of play, along with a lack of scoring punch, has led to the Bears going 10-1 to the Under in their last 11 games against winning teams.

When these teams met up on Thursday, Stanford shot a sizzling 54 percent from the field and still scored a modest 70 points. While the Cardinal are strong on the offensive end of the floor, they usually aren't anywhere near as efficient, shooting 46.3 percent on the year.

That said, Stanford has been very efficient on defense, boasting the nation's 17th best adjusted defensive efficiency per KenPom. And while Cal has been a great Under bet against strong teams, the Cardinal have been a terrific Under bet against poor teams, going 0-5 O/U in their previous five games against teams with a losing SU record. Back the Under.

Did you know that if you parlayed today’s NCAA California vs. Stanford picks, you could win $26.45 on a $10 bet? 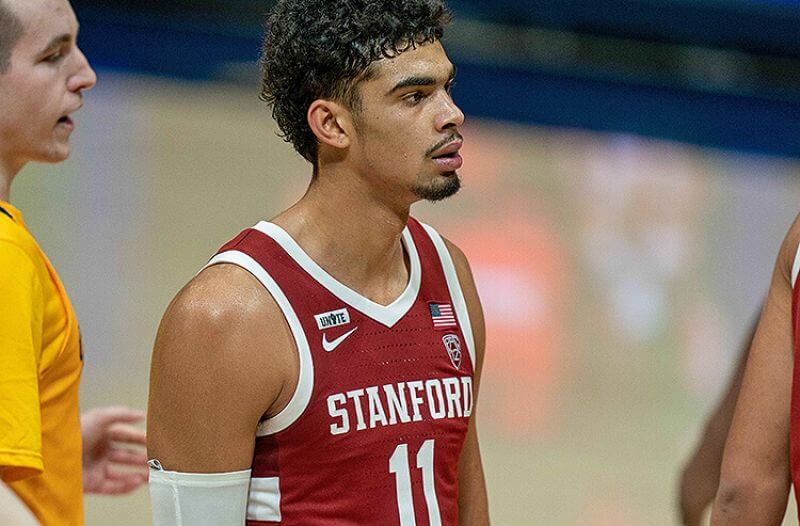 California vs Stanford Picks and Predictions for February 7
Provided by