The Utes will have to work against the Cougars tonight, as one of these teams' undefeated seasons is about to end. Find out who to back for college basketball betting with our BYU vs. Utah picks.

The BYU Cougars will head out on the road to take on the Utah Utes Saturday night.

The Cougars already have a couple of huge wins early this season, with an 81-49 victory over Oregon and a 66-60 win over San Diego State. Meanwhile, Utah earned a win against Boston College and has also looked unstoppable against mid-major opponents.

Despite both teams being undefeated to start the season, only BYU is currently ranked. If Utah wins this game, they’ll surely be in the Top 25 next week. Here are our college basketball picks and predictions for BYU vs. Utah on November 27.

The BYU Cougars opened as a 1.5-point favorite and have slowly drifted south with a couple of books holding a 1. Meanwhile, the total opened at 136.5 and has risen up to 137.5 at most books.

Cougars are 7-0-1 ATS in their last eight road games vs. a team with a home winning percentage greater than .600. Find more NCAA betting trends for BYU vs. Utah.

BYU vs Utah picks and predictions

The BYU Cougars will play their first true road game of the season. The Cougars are 5-0 on the season, but have played four home games and a neutral game against Oregon.

Offensively, BYU is led by Alex Barcello, who is averaging 18.8 points per game as a senior. Only he and Te’Jon Lucas have averaged double-digit points in the first five games this season.

Finding consistent points is going to be the biggest problem for BYU, but the Cougars have plenty of depth where any player could step up and produce in a big game. The Cougars are shooting a 50.9 percent effective field goal percentage while limiting turnovers to just 16.8 percent. They’ve also done well on the offensive glass, dragging down 35.5 percent of rebounds and getting to the line at a solid pace.

However, BYU is only hitting 28.6 percent of long-range jumpers and has been taking those shots at an above-average rate. Still, BYU shoots 56 percent from inside the arc to help buoy its offensive efficiency.

On the other hand, BYU has done some really solid things on the defensive end. The Cougars are first in the nation in defensive three-point field goal percentage, allowing their first five opponents to shoot 18.8 percent from downtown.

However, BYU isn’t great at forcing turnovers and has been aggressively fouling to start the season, giving up plenty of free throws to their opponents.

At the end of the day, BYU games are usually won at the foul line. Both teams get there at a high rate, but with BYU allowing just a 39.5 percent effective field goal percentage, it’s going to be difficult for Utah to score without second chance opportunities.

Utah and BYU are Top-10 defenses in adjusted efficiency. And as long as BYU can keep Utah off the glass a little more than Utah is used to, the Cougars will get the job done.

The Utah Utes don’t have the best offense. They’ve been relying on center Branden Carlson and guard Marco Anthony to dominate the glass. So far this season, those two, along with Riley Battin, have been able to do just that. Utah has plenty of height and experience and gives 33.6 percent of minutes to its bench.

Utah should be able to dominate the boards going up against teams like Sacramento State. But against BYU, it’s going to be more difficult, and more of a factor in a game where both teams could lay bricks.

The Cougars shoot 28.6 percent from deep, while they’ve held opponents to just 18.8 percent from long range. Plus, neither team is very good at forcing turnovers, which means transition points will be hard to come by.

I’ll take the Under here.

This is a fun matchup, but at the end of the day, I’ll give the nod to BYU. Both defenses could be in the Top 20 when the season ends, but only BYU will have an offense that can sustain success.

Overall, BYU will get more comfortable and confident from long range and those shots will fall eventually. It’s been a bad start from downtown, but that hasn’t stopped the Cougars from defending the three. 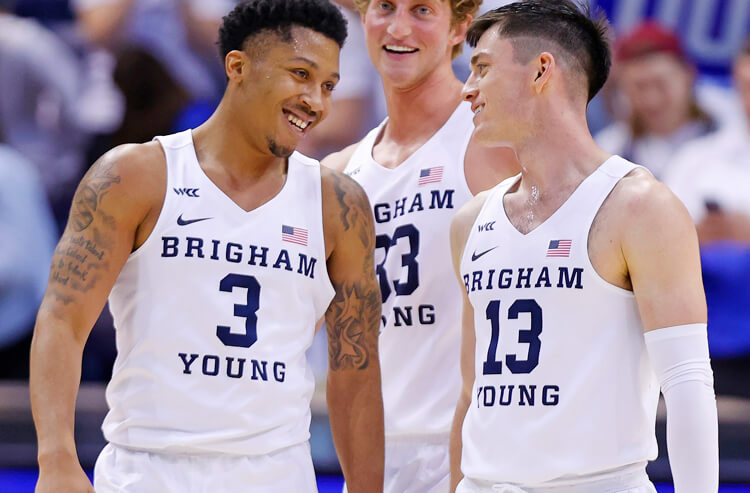 BYU vs Utah Picks and Predictions: Brigham the Pain
Provided by